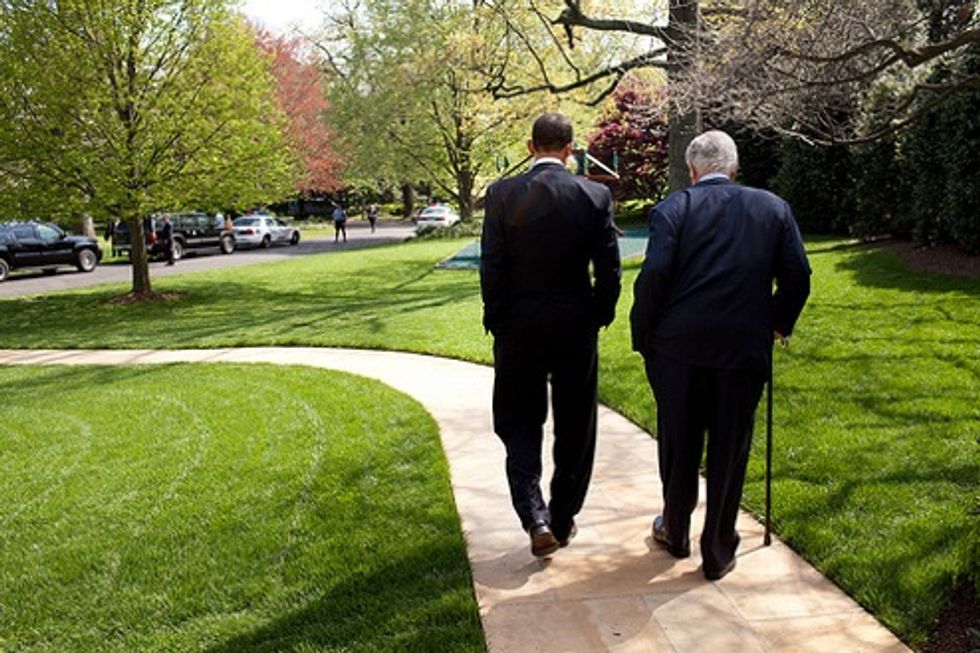 Such fun, back in the day, when you could look at "Barack Obama's Photostream" on the Flickr. But then, he became President, and suddenly no more fun pictures. Well, rejoice! White House photographer Pete Souza uploaded a whole bunch of great White House Official Pix, and you can look at them, because you OWN them (if you paid taxes).

The top picture here shows Obama and Ted Kennedy walking around the White House, on Tuesday. This is somehow very sweet and a little sad. "Sweet & Sour," as the Chinese might say, on a Chinese restaurant menu in America.