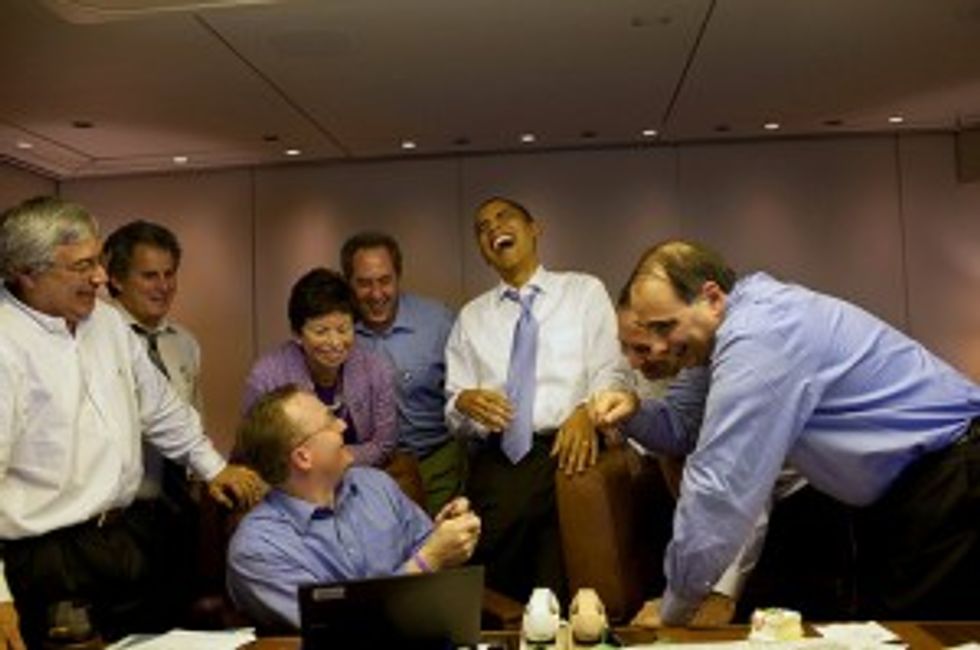 Hey, America! Do you haveideas? Do you think that maybe everyone should be able to smoke lots of weed, or drive in cars without seat belts, or that we should all be ruled by robots, instead of Barack Obama or, Allah-forbid, Rick Perry? Well, terrific, because now the White House will humor you with its brand new socialist program, "We the People." Now, any meth addict or homeless person inside the local library can come up with a suggestion for this country, and at least for a second believe that it might actually come true. Here is the secret, though: it never will!

Barack Obama is sick of people nagging him about doing things that he said he was going to do once he became the Terrorist King of the U.S.A. "Fine then, here," is his response, via "We the People."

The White House on Thursday announced a new way it will keep in touch with public concerns — by promising to consider online petitions that get at least 5,000 supporters.

The idea behind “We the People” — as the program will be called — is that anyone with an idea or cause can go to the White House website and make a public pitch for support. If the idea gets 5,000 backers within 30 days, said White House spokeswoman Sandra Abrevaya, a “working group of policy officials” will respond.

So does that mean Barack Obama will actually do whatever we want? Ha ha, NOT A CHANCE.

NBC’s Chuck Todd asked White House communications director Dan Pfeiffer this morning if, for example, the administration would seriously consider eliminating the Environmental Protection Agency if that idea got 5,000 supporters.

Pfeiffer’s response: “If there are ideas that are ones that we fundamentally disagree with or are bad ideas and enough people come forward, we’ll respond to why we disagree with that idea and look for a way to work together on other ideas.”

Allen St. Pierre, the head of the National Organization for the Reform of Marijuana Laws, vowed in an interview with POLITICO that he would submit a petition and said: “We can get 5,000 signatures in less than one hour. I promise you.”

Given Pfeiffer’s response to Todd, that’s a petition likely to go nowhere.

Time to come up with some creative petition ideas! Free pony rides every Tuesday, and install Krispy Kreme vending machines in all the public schools, etc. [Politico]