Whitefish Energy Had Nothing To Do With Puerto Rico Power Line It Fixed That Broke Again Last Night. Why Do You Ask? 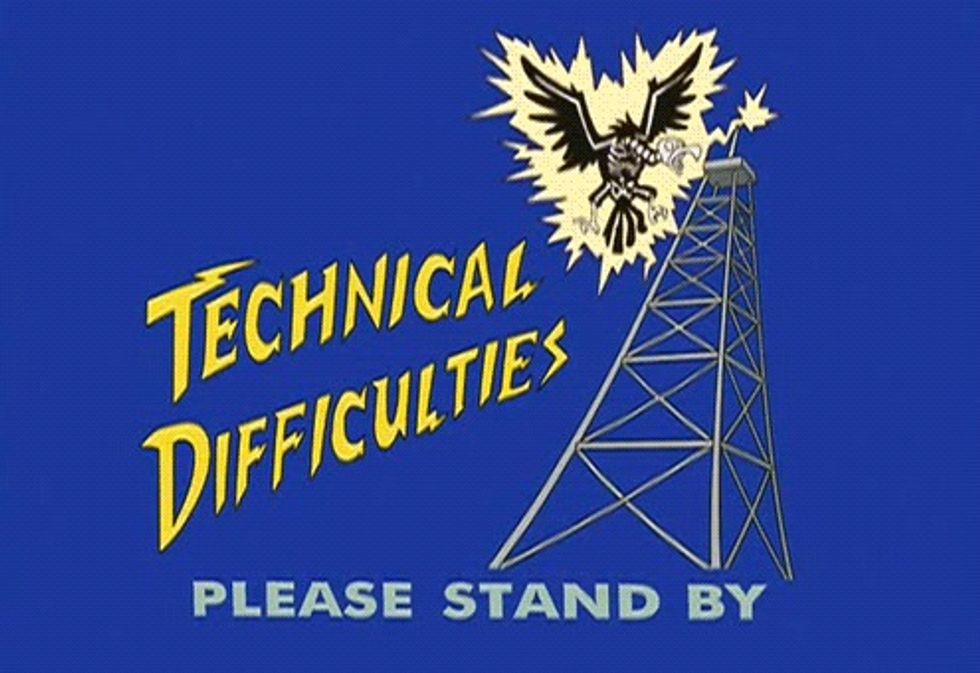 OK, sure, maybe a major power transmission line in Puerto Rico failed Thursday, leaving much of the San Juan area in the dark. And maybe that section of the major power line had been repaired by grifty Montana contractors Whitefish Energy before their very, very fishy contract was cancelled. But that doesn't mean the line failed because Whitefish didn't do a good job, heavens no! The two-person energy company is very, very displeased that anyone would think they did shoddy work.

This was a huge failure. When the section of line in the northern part of the island failed yesterday, it took out a quarter of Puerto Rico's generation capacity. Restoration of power had been up to 43% of the island before the failure, and now only 18% of the island has electricity again -- about the same percentage as early October, shortly after the goddamned hurricane. Officials with the territory-run power company, the Puerto Rico Electric Power Authority (PREPA), don't even have an estimate of when the power will be restored:

In a Facebook video, PREPA's director of generation, Justo González, said it was not yet clear why the line had failed. San Juan and the surrounding metro area, including Vega Baja, Arecibo, Barceloneta, Manati, Bayamon, were most affected by the outage, he said.

"The system hasn't completely gone out," González added. "The south is working. We have 18% power generation."

The line, which runs from the transmission center in Cambalache to Manatí, was part of the section Whitefish Energy had repaired, according to a November 3 press release from the company. But don't you go blaming Whitefish for the failure, don't you do it!

[In] a statement to BuzzFeed News on Thursday, Whitefish Energy denied that the outage was caused by any of the work it had done on that line.

"None of the issues reported today with the outage have anything to do with the repairs Whitefish Energy performed," spokesperson Brandon Smulyan said.

Another company spokesperson said PREPA is addressing the current problem without Whitefish Energy's assistance because the issue was not caused by the firm's work.

So: PREPA doesn't know why the line failed, but Whitefish is 100% certain the line didn't fail due to any of its repairs. That's pretty darn convenient. We'd sure like to know how they're so sure of that. (Insert the Star Wars scene where Han Solo says "everything's fine down here, how are you?")

Mr. González said PREPA's top priority was restoring power to hospitals, airports, water pumping stations, and other "economic areas." He added the utility was flying helicopters over the section of line that failed to look for the cause of the power failure. We'd like to imagine that at some point in the Facebook video he raised his hands in exasperation and exclaimed "It's not my fault!" while a Wookiee roared at him.

Also, there was at least this small moment of purely coincidental karma:

This new outage shouldn't last nearly as long as the weeks it's taken to restore something less than half of Puerto Rico's power; PREPA's Facebook page indicates that by Friday morning, much of the power knocked out Thursday was already back online:

We still haven't seen any reports on what actually went wrong or whether the outage had anything to do with Whitefish's repairs, but we'll update as soon as we hear anything. Or when Donald Trump tweets that this was all due to football players not loving the flag enough.

Yr Wonkette is supported by reader donations. Please click here to help us keep the lights on, and to keep our writers wired up with coffee.