Who Are We Shooting This Week? Oh, It's Girl Scouts! 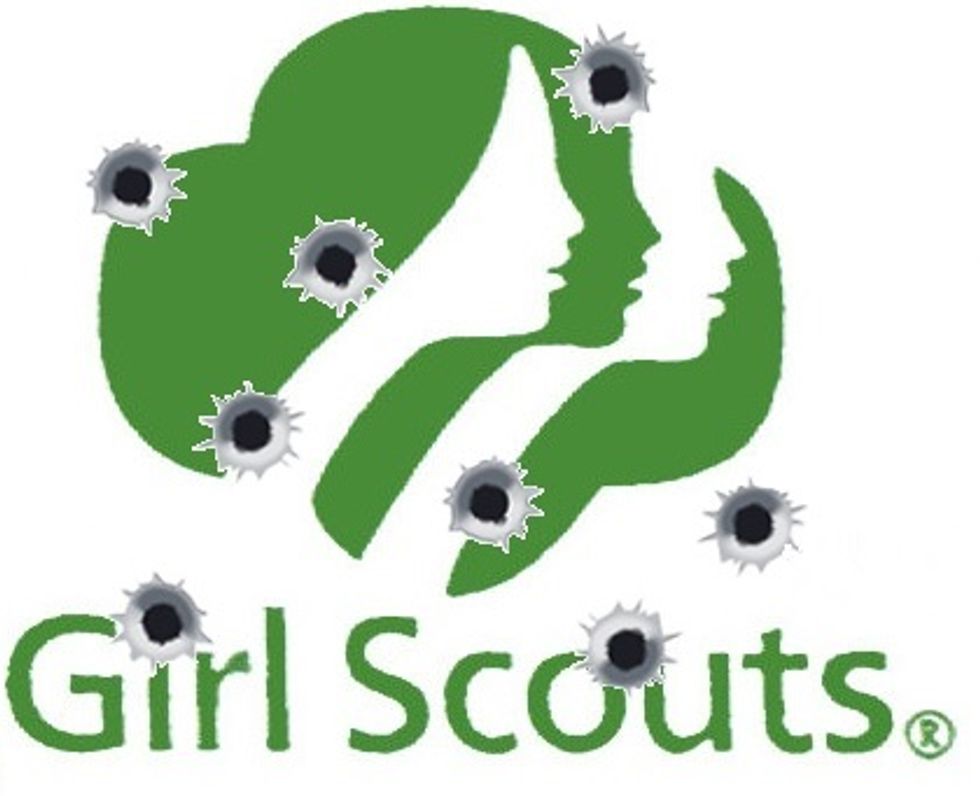 So let's get straight to the good-ish news: Nine-year-old Sinai (pronounced "sih-NYE") Miller, who was hit by a stray bullet from a drive-by shooting Tuesday while selling Girl Scout Cookies in Indianapolis, is going to be fine. You know, as fine as a 9-year-old girl can be after a gunshot wound to the leg. Also, people are ordering cookies from her Girl Scout troop like crazy, because that dizzy optimist Anne Frank was right about most people being good at heart, and if you can't make it so a nine-year-old girl becomes un-shot, at least you can buy some goddamned cookies. It's a profoundly decent useless gesture, which is about what we're reduced to when we can't really be shocked by a kid in a poor neighborhood catching a bullet.

Actually, let's back up a bit and get the details right. Sinai didn't even make it as far as picking up the cookies she was going to sell before she was shot:

Sinai Miller was walking to the nearby clubhouse of her family's apartment complex on Tuesday to pick up cookies for delivery when she was struck in the leg by a stray bullet, said Sergeant Kendale Adams of the Indianapolis Police Department.

The gunfire, from a nearby vehicle, did not target Miller, and no one else was wounded, Adams said. Police are looking for suspects, he said.

Miller was treated at a hospital and returned home on Tuesday night, he said.

Don't we just live in one hell of a country? Now obviously, if Sinai had been guarded by a parent who was armed with a semiautomatic rifle, none of this ugliness would have happened. Or maybe we could blame the NAACP and single mothers -- they're probably the real source of violence in the community. Or maybe it's teaching evolution in schools that caused the shooter, who is still at large, to spray bullets out of a moving vehicles. After all, evolution teaches kids that they're just animals, so that's why they fire guns apparently at random. Well, that and legal abortion. Maybe God's just mad that Girl Scouts support Planned Parenthood.

As we say, there's a somewhat dim silver lining. The Girl Scouts of Central Indiana posted a webpage so people could buy cookies that Sinai wasn't able to sell in person, and the local group sold tons of cookies, according to executive officer Deborah Hearn Smith:

"While we are more focused on Sinai's well-being, we are thrilled to report that the proceeds from the troop's current sale will pay for a fun and educational trip for the girls," Smith said in an email.

Ideally the trip will be to someplace considerably less shooty. Smith said in a Facebook message that communities need to become safe places for children:

Unfortunately, 1 in 7 school-aged girls has experienced violence in their own neighborhood. Nothing is more important to our organization than ensuring the health and safety of girls. We cannot complete our mission to build girls of courage, confidence, and character, who make the world a better place when they are afraid to play in their own neighborhoods. As a society, we need to do better to ensure the safety of all children in all communities.

The Indianapolis Star reports that, after realizing she'd been shot, Sinai asked her family, "What did I do wrong? Why did this happen?"

You got born into a country where guns are everywhere and ridiculously easy to get, Sinai. Where the most influential lobbying group in the country puts millions and millions of dollars into ensuring that more guns will go into circulation all the time, so good people can maybe shoot some of the bad people who already have guns, and if everybody finally has enough guns, no one will ever dare shoot out the window of a moving SUV and hit a little girl whose whole day was supposed to be about knocking on doors and selling cookies. That's the theory, at least.