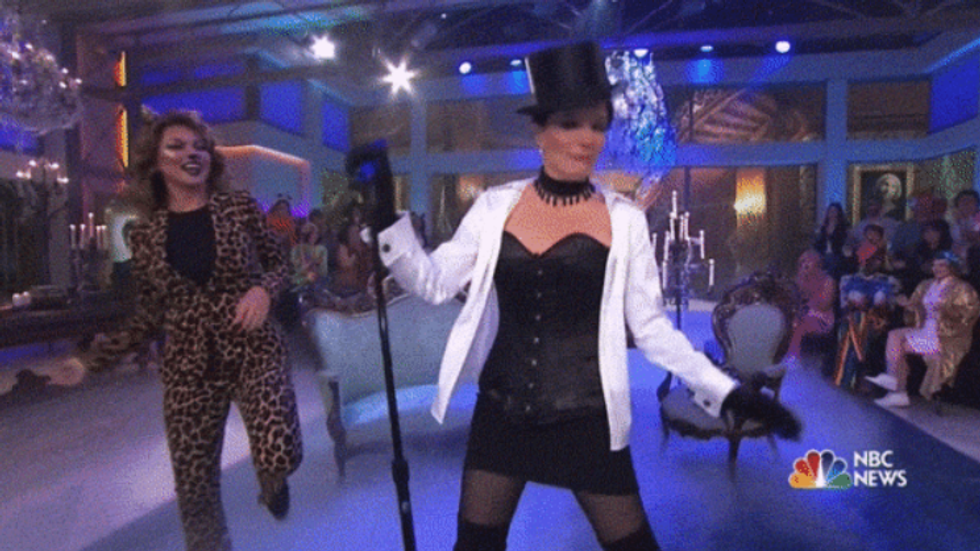 Kind of more Marlene Dietrich than Shania Twain but OK

HAPPY SPOOKY-DAY EVERYBODY! Today is the day when it's normal to see goblins and vampires all over America, because it is Halloween. Did you do a costume? Post it in the comments! (Yes, we said we were going to dress up as Trump's Pee Tape for Halloween. We also allowed for the possibility that we were lazy and wouldn't even make it to Home Depot to buy yellow tape or to Old Navy for a long sleeved black shirt. Guess what we picked? That's right, we picked "Zero Effort Drinking" for Halloween and flaked on all eight parties we were invited to. But enough about us! Just kidding, there is never enough about us.)

Megyn Kelly spiced up her very bad show for Halloween, by doing a costume. It was a very bad costume. :(