Who Had The Best Day So Far This Week: Barack Obama Or The 'President'? 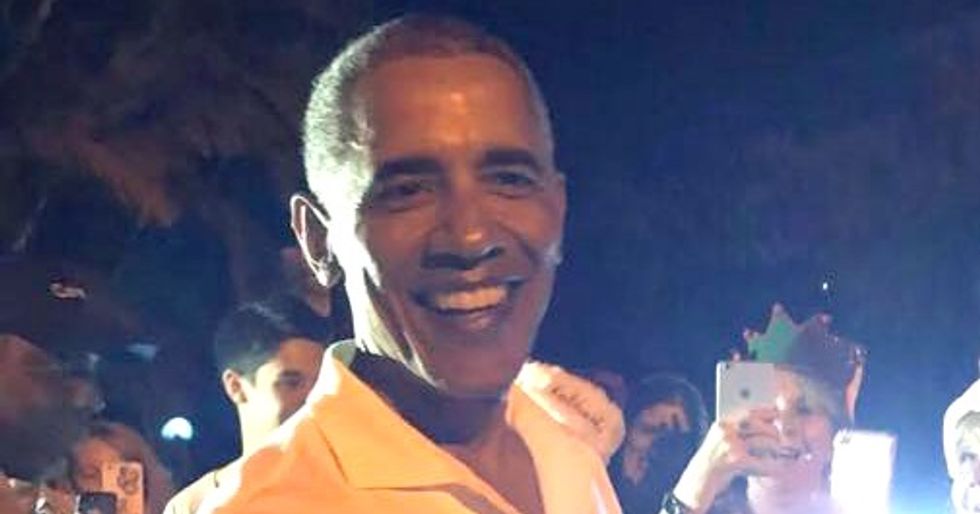 That little smartass elf on the right is going to go far, we bet.

Barack Obama had a pretty good holiday festive period. His "Merry Christmas" tweet was far more liked and retweeted than Sad King Donald's (not that Christmas is a competition... of course it is!). And Barack Obama, while vacationing in Hawaii, got serenaded by a bunch of champagne-tipsy carolers who were delighted to see him:

When Windward ReSisters, a women’s movement based in Obama’s native Hawaii, heard he was returning to the islands with his family for the holidays, they decided to welcome the former president by singing Christmas carols outside the Paul Mitchell estate in lanikai, where the Obamas were staying.

“We got our group together on Saturday and went with our pussy hats and Santa hats and proceeded to Christmas carol in front of the estate,” group member Darlene Mandel tells PEOPLE.