Who Will Be America's Next Most Historic Secretary of State? 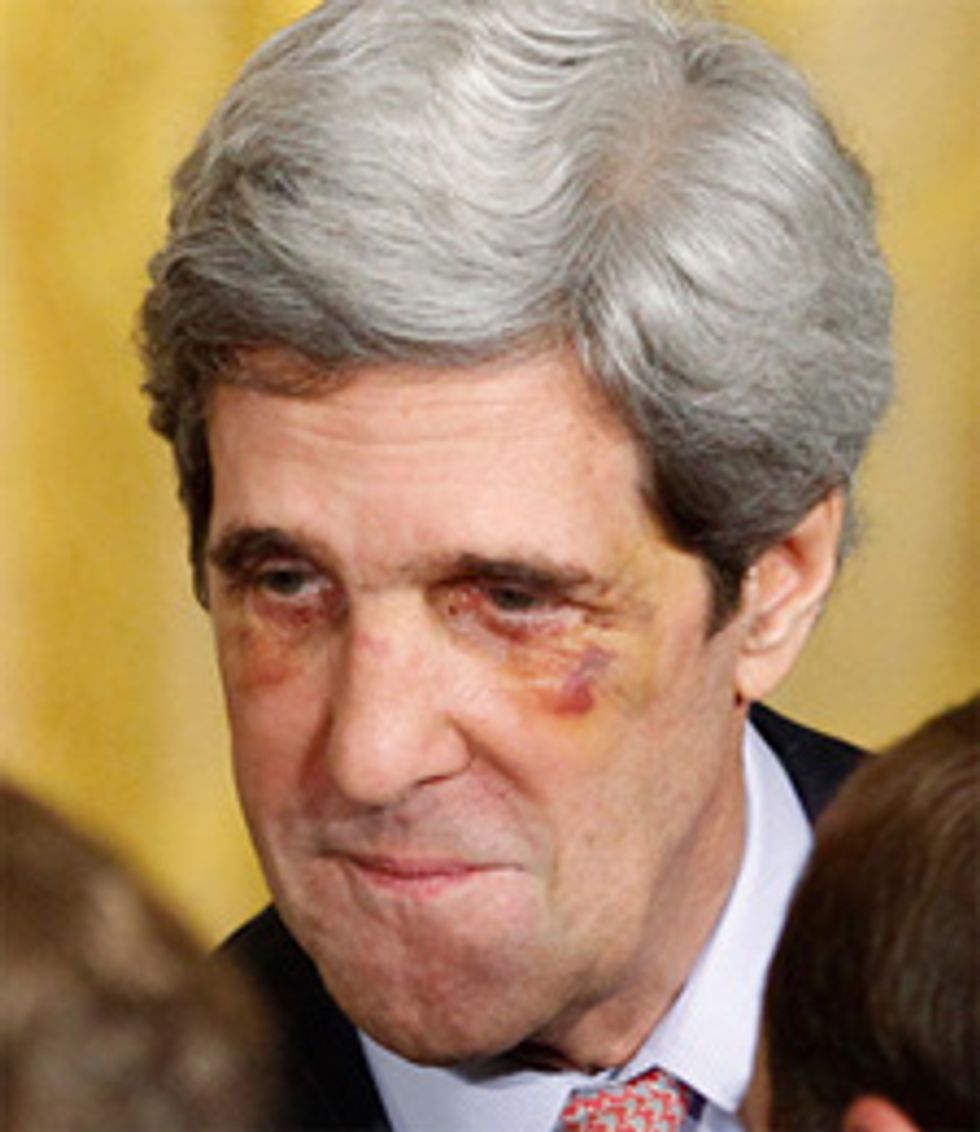 With Hillary Clinton slow drifting off towards her retirement in the assisted living community ofMemes, the Hot Question (not really) in all of Washington is, who will be our nation's next "top diplomat" to bring us a shooting war in Libya? No, wait, the Hot Question is, who will win the presidential election? If it's Romney, of course, General McWarDongle will take the reins at Foggy Bottom and declare nuclear war domestically. But if it's Obama, we'll likely get the most boring possible choice. Think of the most boring possible choice, now, and then click the clicky! (HINT: IT'S THE GHOUL IN THE TOP PHOTO.)

Obama’s list centers on John Kerry, chairman of the Senate Foreign Relations Committee; U.S. Ambassador to the United Nations Susan Rice; and National Security Adviser Thomas Donilon. According to insiders, Obama is thinking Kerry would travel a lot and successfully, and interfere least with policymaking. Susan Rice’s blend of soft and hard line sits well in the Oval Office. Donilon is regarded as the wisest policy and political head.

Ha ha, "Obama is thinking Kerry would get the fuck out of the way the most." That's always how it goes, isn't it?