Who Will Be President Of T-Shirts? (Hint: It Is Ron Paul) 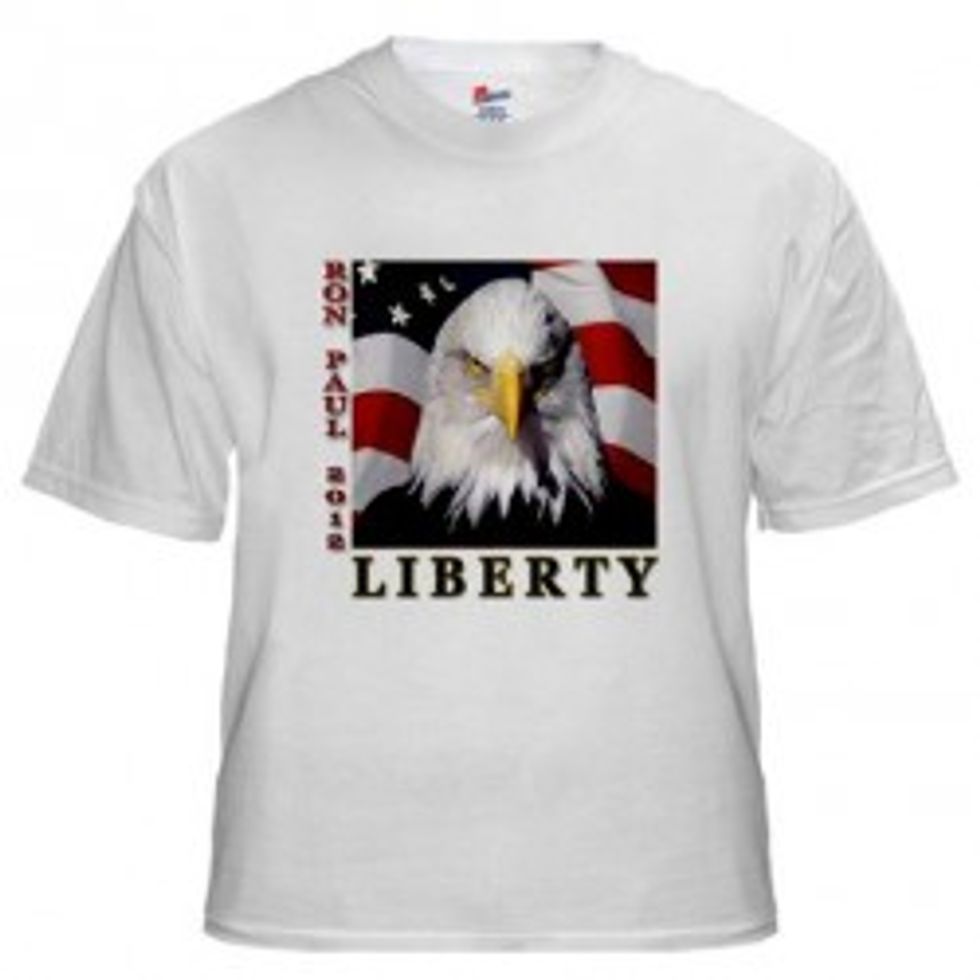 Quick, let’s brainstorm about the dumbest, most irrelevant data point with which we could attempt to analyze this presidential election!

And while you’re shouting answers at your computer machines, know that nothing you suggest could be as colossally moronic as this: “At CafePress...we have been tracking 2012 election presidential candidate support via The Meter graph.”

By tracking the race, they mean the T-shirt sales from the AOL of online print-on-demand outfits. So who is going to be our next president as foretold by shitty T-shirts? Ron Paul, of course. Unless it’s that NOBAMA fellow, who is now in a dead heat (for CafePress t-shirts sales) with Paul.

The next president either will be the current president or a 70-something backbench Congressman from rural Texas who couldn’t muster a single primary or caucus win in his two consecutive presidential campaigns. Someone go stuff that Nate Silver fellow in a sack with a rabid wolverine and then toss him off a bridge. We no longer need his elitist (gay math) “regression analysis” to understand politics.

“With an average of over 130,000 new designs uploaded every week, CafePress is often seen as a Cultural Barometer®,” writes the Park Avenue-officed PR flunky who spammed media outlets this “story” and also apparently registered “Cultural Barometer,” which CafePress is seen as, as a trademark.

What self-respecting media outlet would fill the ever-shrinking news hole with this PR-troll jibberish? The New York Daily News! Also the Fort Worth Star-Telegram. Both papers are very concerned that Willard Mittworth Romney’s lagging T-shirt sales could be a harbinger of doom for the Romney campaign. How will Mittens relate to these “T-shirt Americans” he’s heard so much about from his private tailor? Oh serious journalism, how you fulfill us so.