Who Will George Bush Pardon Today? 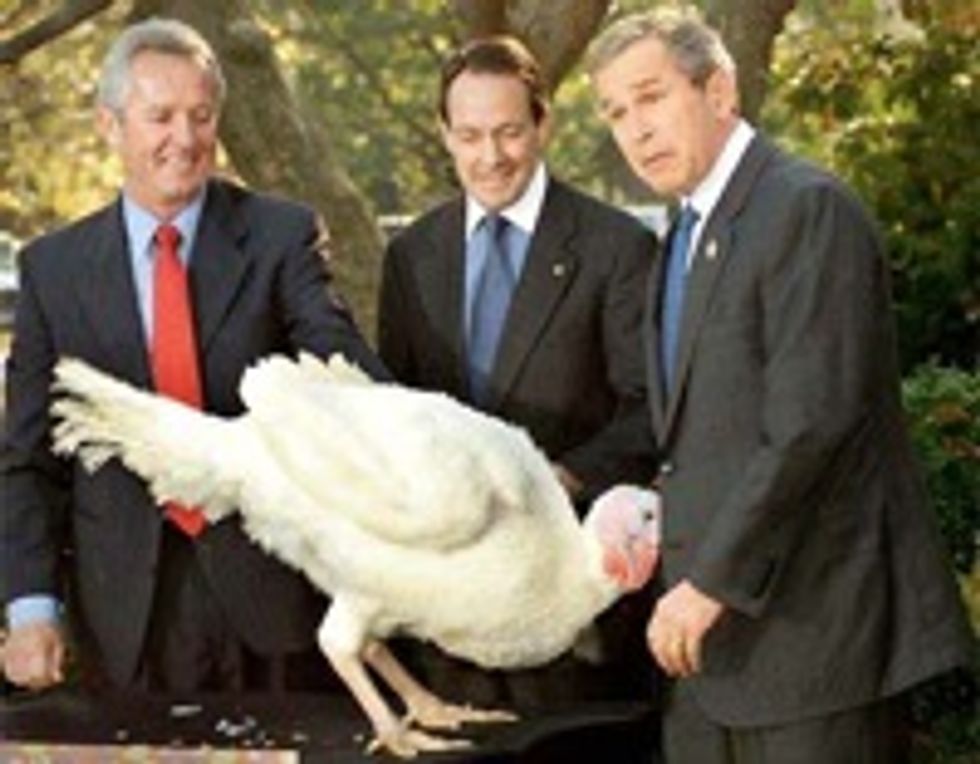 The clock is ticking! George Bush has just a few short hours to issue blanket retroactive/pre-emptive pardons for all of the criminal leather queens and torture fetishists in his administration. But what about theother crooks who would also like a pardon?

All of these people sound very worthy! But what about the saddest sack of all, Scooter Libby?

Indeed, no one in America has suffered more than Scooter Libby, who did not even have to go to jail after he was convicted of perjury and obstruction of justice.