Who Will Rescue the Banks From these Anti-American Assaults on Their Freedom? 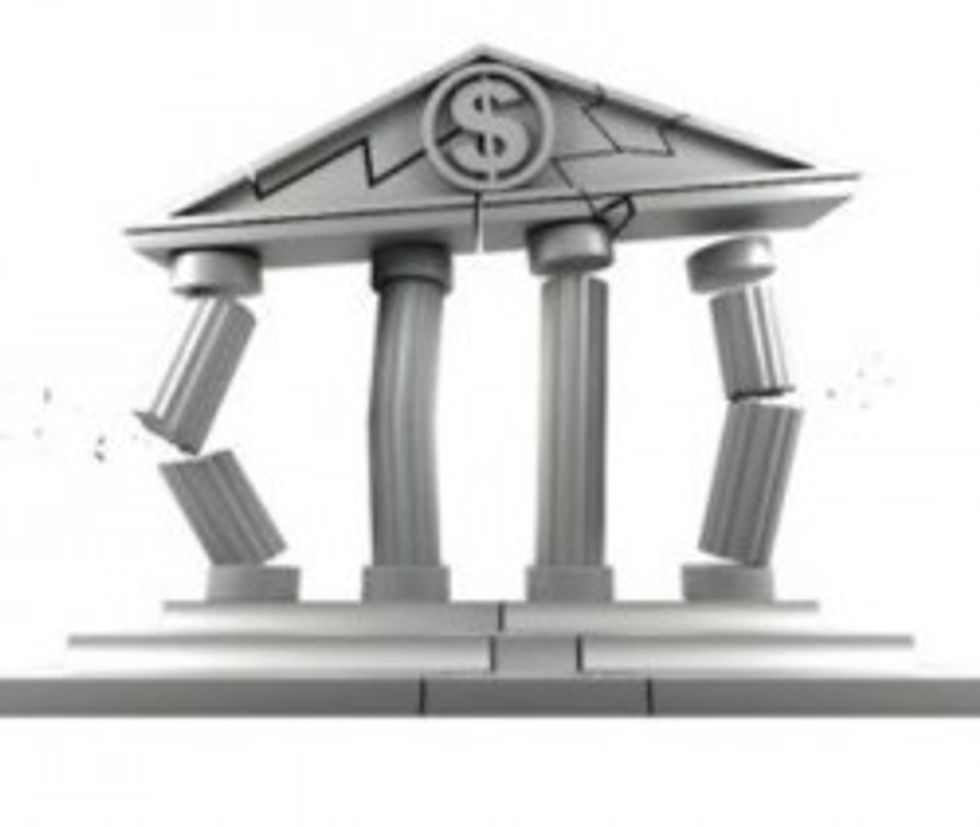 Remember a long, long time ago, WAY back, when the economy was ruined, possibly forever, along with life as we know it? Remember how this was all caused by a handful of banks but then this somehow got turned around and blamed onbunch of Poors? And then, remember how we gave them a bunch of money (the banks, not poor people) with absolutely no strings attached and just asked them nicely if they would pretty please not do anything bad again? And then, remember how the government implemented a couple tepid rules that the banks might get to rewrite, because they don't like them? Think hard now, do you remember all of that? Because the banks remember, but it's cool because they TOTALLY HAVE IT UNDER CONTROL, you guys. No need to step in, these are the best and brightest, they know exactly what they’re doing, and they most definitely aren’t going to put up with these "anti-American" efforts to make sure that they have enough liquidity to cover their obligations to investors. Where do you think this is -- France?

America’s big banks are short a mere $500 billion in capital. That’s how much more of a cushion Nobel prize-winning economist Robert Engle thinks is needed for banks to survive another financial crisis. Even more disconcerting is that the shortfall is just $39 billion less than it was before the collapse of Lehman Brothers.

Eh. So there could be another financial crisis. We'll just throw a few hundred billion dollars at the banks and it will be FINE so RELAX. And also, Jamie Dimon, the CEO who recently presided over a $2 billion loss caused by one guy in France, has a little news for you: capital requirements are worse than letting Fidel Castro waterboard a bald eagle.

In the wake of JPMorgan’s multibillion-dollar botched hedge, there’s something of a bipartisan consensus for stronger bank capital requirements for America’s banks. Even Richard Shelby now thinks the Basel III requirements should be beefed up. Keep in mind that just last fall, Jamie Dimon was calling capital requirements "anti-American."

To sum up: "Some regulations," "capital requirements," "international banking rules," and "Dodd Frank" are all "anti-American." But taking $12 billion in taxpayer money and then doing whatever you want, forever, for freedumb and capitalism -- totally American. [Reuters]