Whom Should We Be Raping Today? 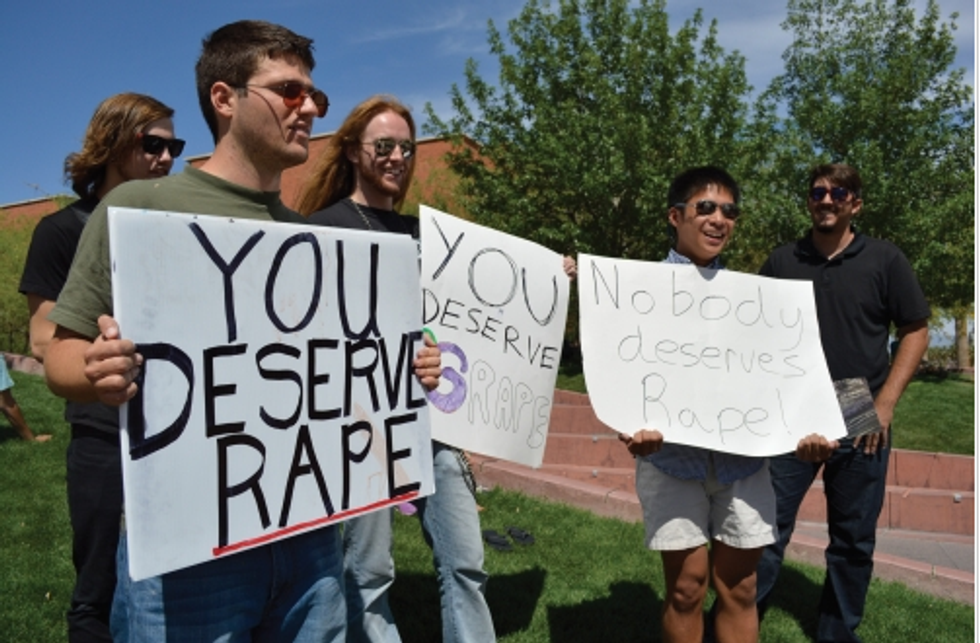 Hey harlots! Whatcha doin'? Dressing and acting like a whore? Then it is high time someone told you that you deserve to be raped. Who will get the honors today? Oh, this nice junior at the University of Arizona, who is studying the classics and religion and standing around everyday holding signs reminding girls that they deserve to be raped.

Hmmm, that is a pretty on-the-nose reaction to the assignment, "Brother Dean."

Saxton, a junior studying classics and religious studies, said his sermon was meant to convey that “if you dress like a whore, act like a whore, you’re probably going to get raped.”

“I think that girls that dress and act like it,” Saxton said, “they should realize that they do have partial responsibility, because I believe that they’re pretty much asking for it.”

Well that is a pretty "classic" and "religious" attitude, if we are studying, say, 16th century witchburnings. It is good to know that someone takes their studies to heart!

See it is the Daily Wildcat's fault for "giving this man attention" and for not putting a "trigger warning" because some survivors might see an offensive sign. Also, newspapers and weblogs should ignore him and Glenn Beck and anybody else who is crazy, because that is the job of the news, to ignore stuff we don't like.