Who's Winning The 'F*ck The Poors' Trophy This Week? It is Kansas Gov. Sam Brownback! 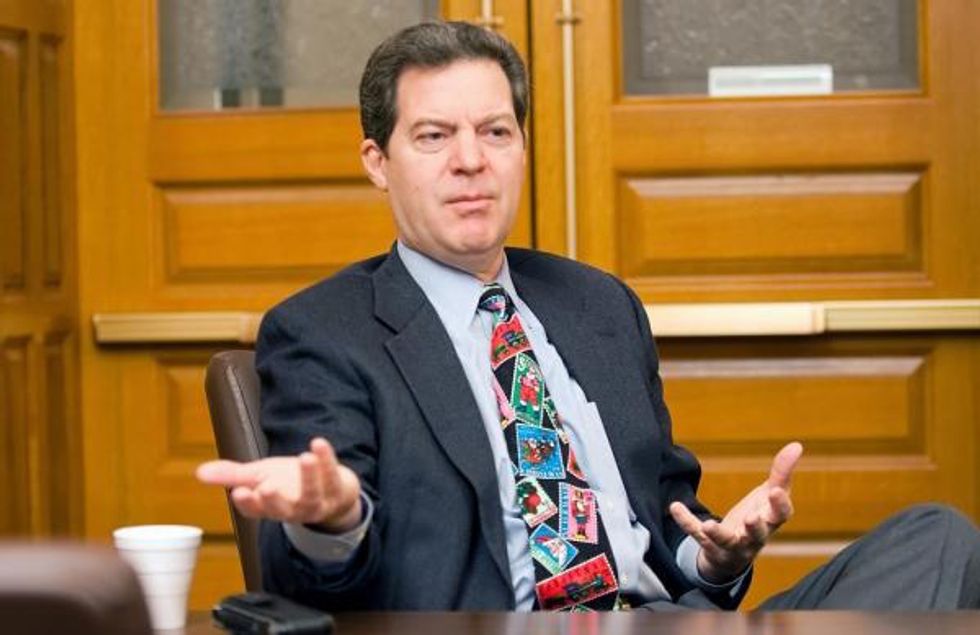 Welfare queens of Kansas, we are very sorry, for your worst nightmares have come true. Your governor, Sam Brownback, has signed HB 2256, which, as we reported earlier in April, makes all the changes to welfare everybody wants, but is too shy to ask for. Yes, Kansas, you shan't have to worry ever again about those on public assistance spending all of their $429 a month on glamorous Caribbean vacations, on your dime, or on getting their palms read at Psychic Isabella's in Kansas City. (Which exists.) You won't have to worry about them outdoing you in the sexxxy lingerie department either! You can rest assured that they will, by law, only be wearing the same granny panties you are currently wearing.

Nor will they force your lily-white purebred certified-Angus Real American Ass to wait in line at the ATM while they pull out ALL THEIR RICHES, since they are now only allowed to withdraw $25 in government assistance per day. You CERTAINLY won't have to worry about them holding up the line at a real grocery store, since it's really hard to plan ahead and buy real food on only $25 per day.

But hey, screw those poor people, at least Kansas legislators and Gov. Brownback have figured out a way to use some of that government cash to enrich their BFFs in the banking industry, since each one of those $25 ATM transactions will result in a $1 fee, paid right back to the bank! They are so clever.

Oh but silver lining! The poors can still use their EBT funds to go to the gun dealer and pick themselves out a shiny new gun! And you thought Brownback didn't care about the poor.

Except that the LA Times points out that, hey, especially in Kansas, that might not be that easy, because guess who's made it harder for anyone to get a job in Kansas? That's right, Gov. Sam Brownback, whom Kansans re-elected in a remarkable display of heartland vapidity:

What makes this a sick joke is that Brownback's policies have made jobs in Kansas even harder to come by, in comparison to the country as a whole. Federal figures released in January showed that Kansas job growth was 1.3% in 2014, a period encompassing draconian tax cuts that Brownback promised would turn Kansas into a turbocharged jobs machine. The national average was 2.3%. Neighboring Missouri, which didn't slash taxes, was up 1.6%.

Huh. It's almost like Republicans in Kansas aren't actually trying to fix anything, but just want to keep standing on the necks of poor people. But Republicans would never do that, right? They're just good Americans who happen to disagree with Democrats on how to solve America's problems. That's what we're supposed to believe, right? We're sure that's what it is.

Oh well, poor folks of Kansas. At least you can still buy guns.