Why Does Herman Cain Think China Is North Korea? 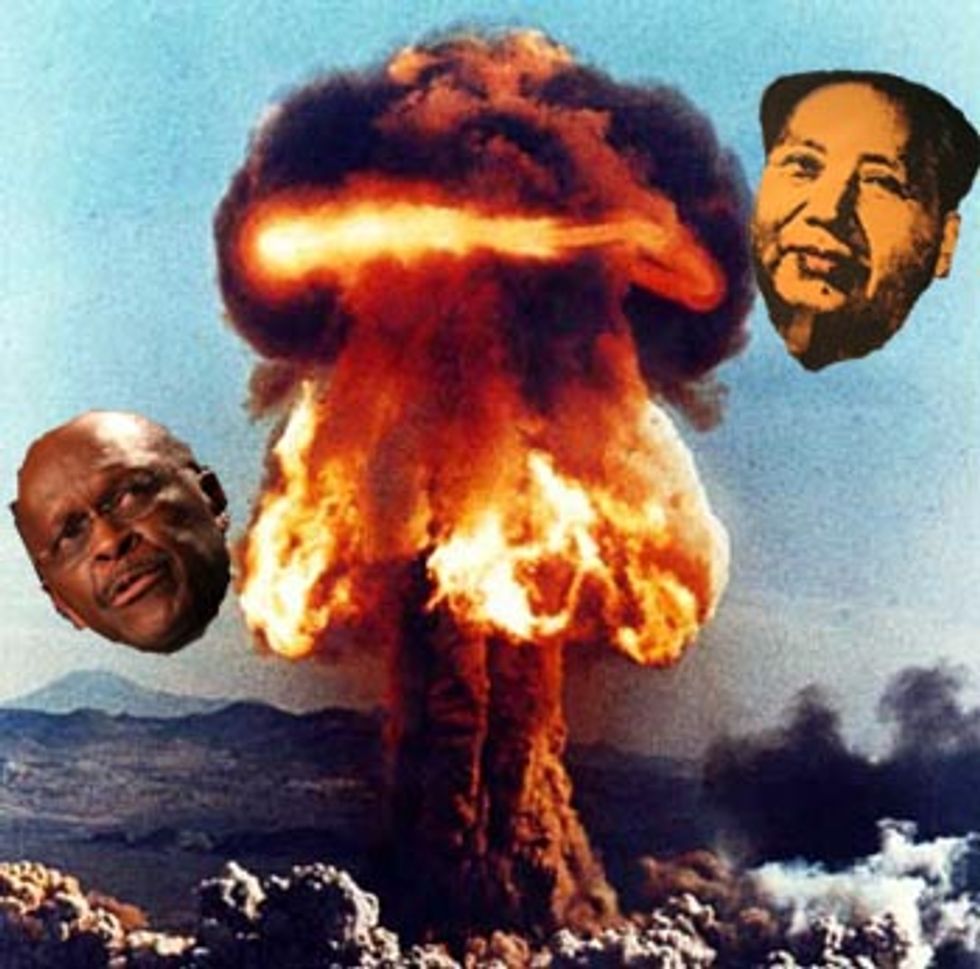 The lamestream media has bedeviled Herman Cain with another one of its merciless "gotcha" questions:how does the Herman Cain view China's military? Aww, shit.... hm. They're bad? They're just really bad, super seriously awful and peace, Herman wants peace, so more money for more American bombs, for peace, America is awesome, we rule, God, is this question over yet? OH WAIT, and, uh, this: we must prevent them from getting nukes! They want nukes, like all filthy unsmiling communists, according to "indications." There, is that enough of a platform? Sure, sort of, if he were talking about North Korea. China has had nuclear weapons since 1964.

From an interview on PBS Newshour, via Shanghaist:

JUDY WOODRUFF: Do you view China as a potential military threat to the United States?