Why Is Barack Obama Injecting Race Into Classic Children's Tale 'To Kill A Mockingbird'? 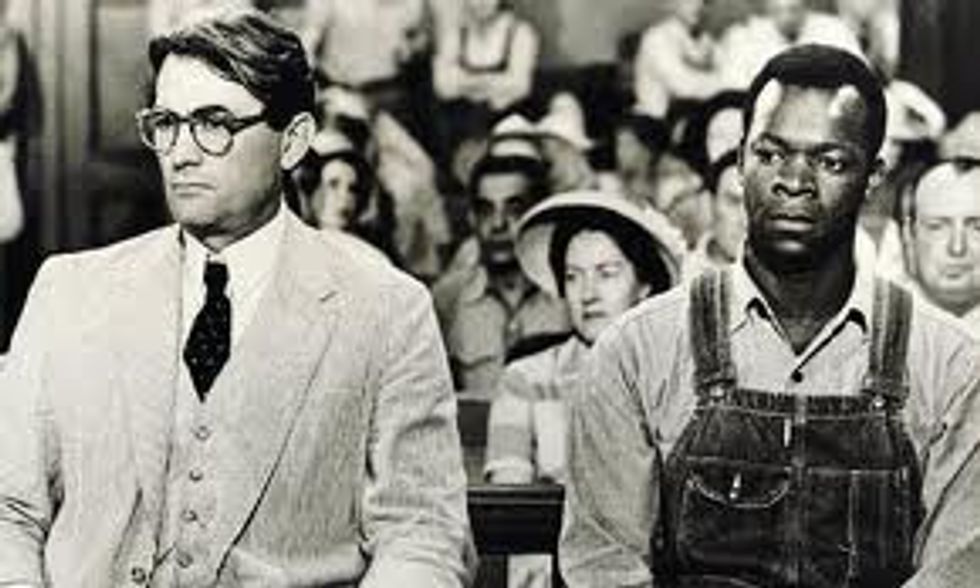 Known race-hustler B. Hussein NOobAmawill introduce USA network's 50th anniversary broadcast of the film version of the charming children's story of a simpler, less complicated time in American life, To Kill A Mockingbird. Why is Obama injecting race into and making himself the focus of this classic tale of postracial America?

“I’m deeply honored that President Obama will be celebrating the 50th Anniversary of To Kill A Mockingbird by introducing it to a national audience,” Pulitzer prize winner and famously media-shy Lee says. “I believe it remains the best translation of a book to film ever made and I'm proud to know that Gregory Peck's portrayal of Atticus Finch lives on — in a world that needs him now more than ever.”

Harper Lee is a known associate of negros and homosexuals. To Kill A Mockingbird airs on USA Saturday at 8 p.m. [THR, via Wonkette operative "chascates"]