Why Is The NRA Censoring This Innocent Dead Obama Mannequin That Bleeds When You Shoot Him? 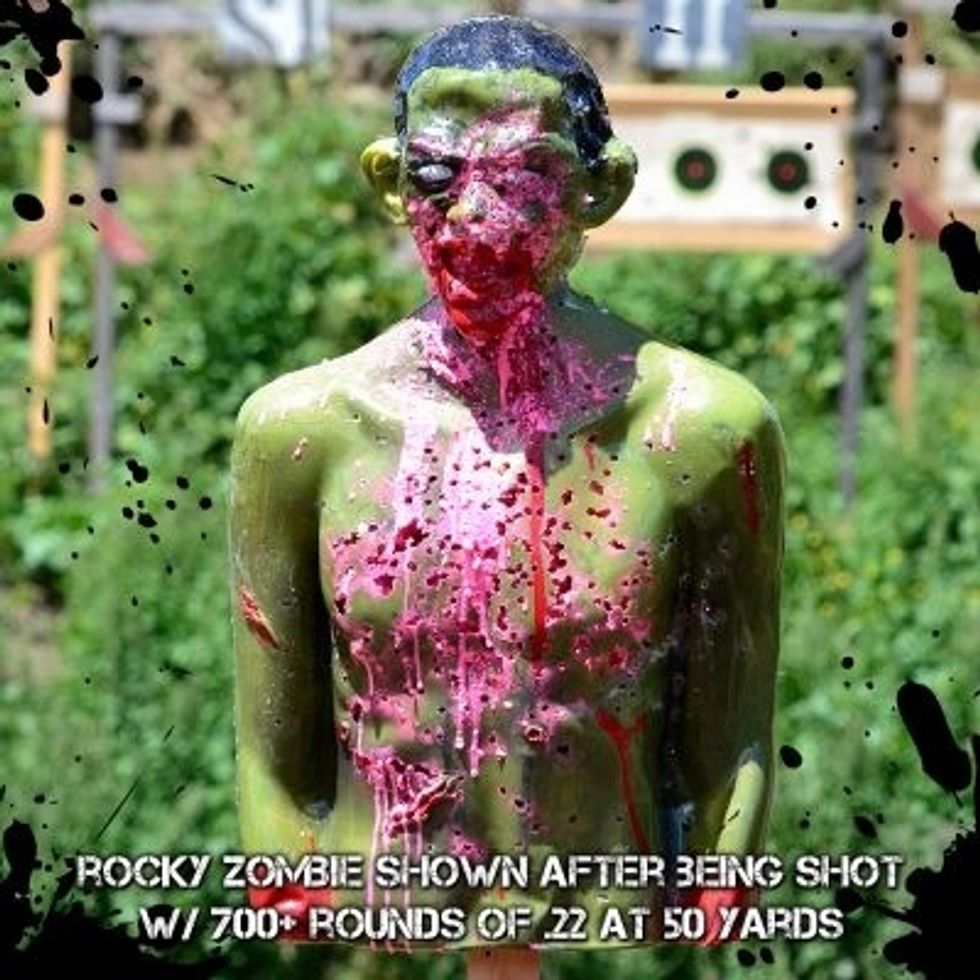 Well well well NRA, it looks like maybe you do not love the prologue to the Second Amendment (the "First" Amendment, whatever that might be) that much after all! That is because you shockingly asked Zombie Industries to remove its Zombie "Rockie" target from view at your big shindig over the weekend, the one we paid zero attention to at all. What's the matter, NRA? Can't stand a little zombie free speech about the Right ... TO DIE???

Tell us all about it, Buzzfeed:

The company, Zombie Industries, sells a range of three-dimensional "life sized" targets that "bleed when you shoot them." The Obama likeness has been on display for two days, but was notably absent on Sunday.

"Someone from the NRA came by and asked us to remove it" a Zombie Industries booth worker told BuzzFeed in hushed tones. "They thought it looked too much like President Obama."

When asked if the Obama likeness was intentional the worker said, "Let's just say I gave my Republican father one for Christmas."

"They are just scared some liberal reporter will come by and start bitching" another booth worker said to men gathered around the booth. "But ya know, he does look very familiar."

It's cool though. They may have asked Zombie to hide the Bleeding Obama, because "taste" or "the Secret Service" or "seriously is that what you think black people look like," but they didn't ask them to actually stop selling them. The Right to GREEN, yo!