Why Is This Hot Kentucky AG Crying? 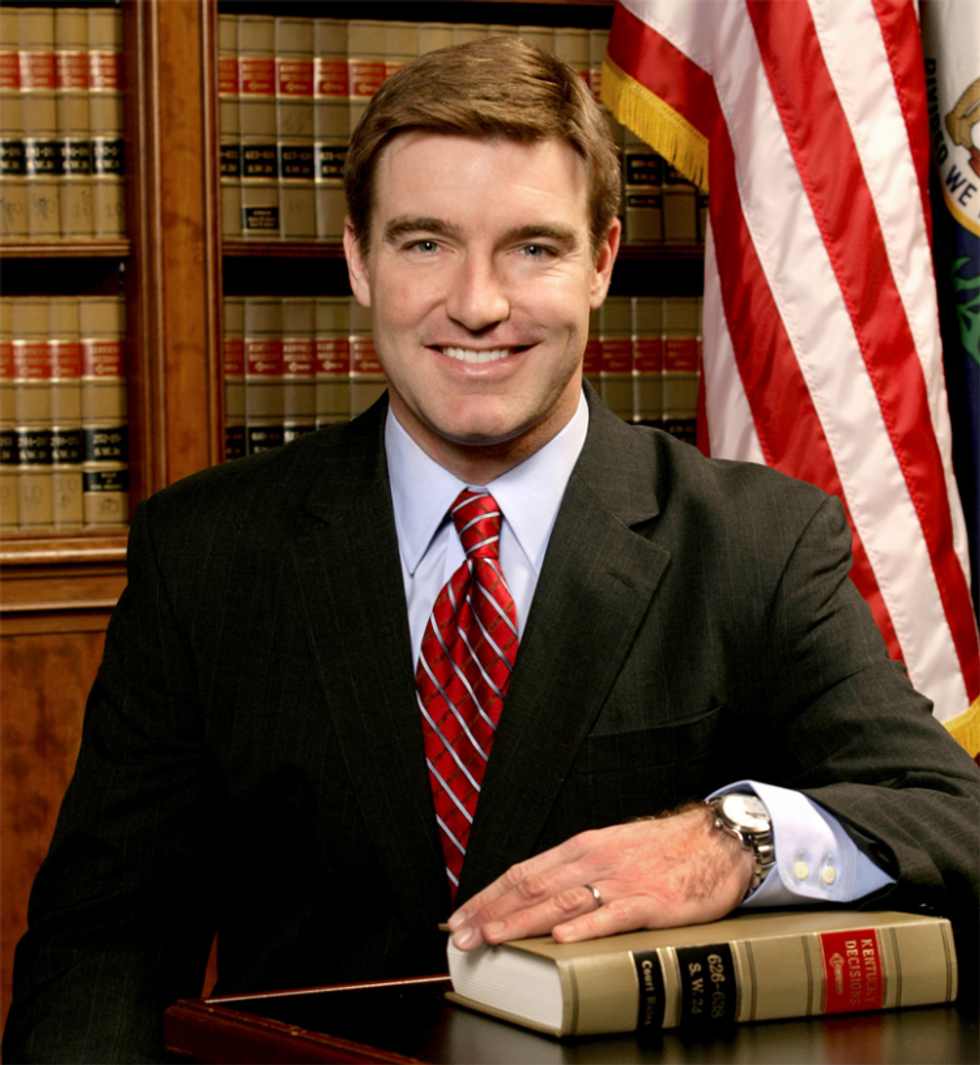 No, really, we are asking. Here is hot Kentucky Attorney General Jack Conway, announcing that he will not fight a judge's recent decision affirming that Kentucky must recognize same sex marriages performed outside the state. (We did not read the judge's decision, because Jesus, there are going to be 50 of these fuckers soon enough, but we would guess it hinged at least in part in the full faith and credit clause of the US Amercia Constitution? Maybe! Maybe not!) And he starts crying! It is some lovely words, about equal justice under the law, and discrimination is bad. It is quite Nice Time! But he does not start crying until he gets to the part where he thanks his wife for her wise counsel. And then he is choked up for like 27 minutes. It kind of feels like his wife left him or something? Did his wife leave him? Did his wife leave him because she found out HE IS IN LOVE WITH ME???? Is he trying to, like, get her back with a grand gesture of holding up a boombox outside her window/abrogating his duty to fight for Kentucky's right to discriminate geigh?

We simply shall never know. (Yes we do. It is that thing where he is in love with me.)

What we do know is that Kentucky Gov Steve Beshear, another "Democrat," although at least one who did Obummercare, is hiring outside counsel to fight the ruling instead.