Why Is US America Turning Into Nazi Germany? Antonin Scalia Explains It All 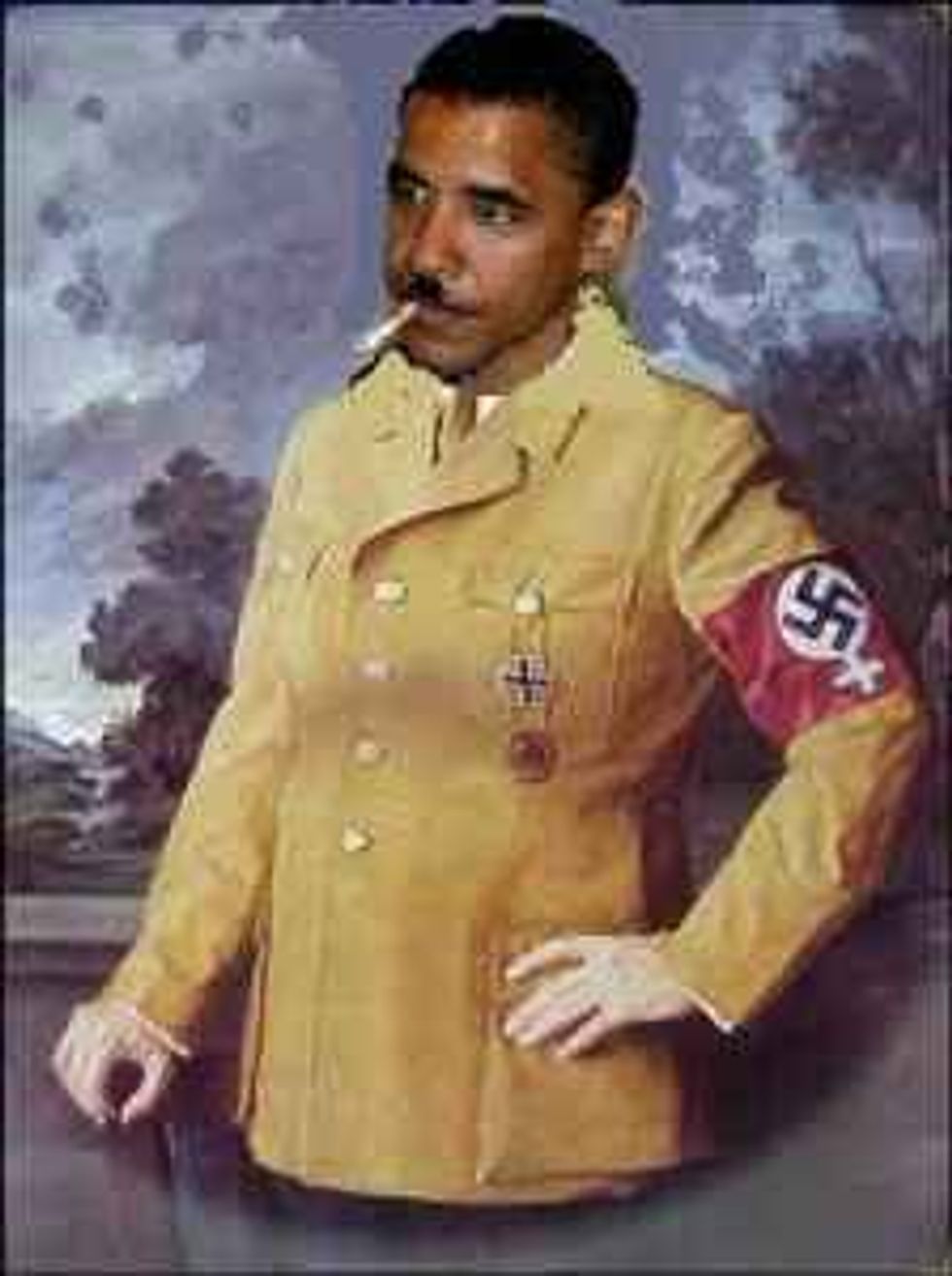 It’s another day, so you know what that means. Some obscure conservative will say something stupid about how our society is turning into Nazi Germany because of teh gehys and silly womyn wanting to abort all the babies on the planet. Which no-name loon will we be mocking today? ViaThe Atlantic Wire:

[Justice Antonin] Scalia opened his talk with a reference to the Holocaust, which happened to occur in a society that was, at the time, “the most advanced country in the world.” One of the many mistakes that Germany made in the 1930s was that judges began to interpret the law in ways that reflected “the spirit of the age.” When judges accept this sort of moral authority, as Scalia claims they’re doing now in the U.S., they get themselves and society into trouble.

Apparently, Justice Scalia has a giant sad because no one reads SCOTUSblog anymore and no one cares about the Supreme Court in the summertime, so he decided that he really really wanted people to LOOK AT MEEEEE.

In his speech, which is actually titled, “Mullahs of the West: Judges as Moral Arbiters,” Justice Scalia manages to pander to the tinfoil-hat-wearing crowd of the far far far right. We’ll let The Aspen Times take it away:

BOOM. Nazi Germany AND radical Islam all rolled into one. It's a whackjob buffet! Many folks think this speech is in reaction to the DOMA ruling that forces churches to gay marry anyone to anything else, and preachers are not allowed to refuse even if a man wants to gay marry a lamppost. Doesn't even matter if the lamppost is a boy or a girl.

Scalia cited numerous issues that have been thrown to the courts — a woman’s right to an abortion, society’s right to execute someone for a crime, whether “homosexual sodomy” ought to be allowed — and claimed that judges are unqualified to answer them. Medical doctors, engineers, ethicists and even “Joe Six Pack” would be just as qualified as a legal professional to settle some issues that have come before the high court.

We would have to agree that Justice Scalia is certainly not qualified to answer these questions, because who uses the term “homosexual sodomy” anymore? Also, no one is asking the Court to hand down a moral decision on these issues. The question is whether or not the State can discriminate against women, “homosexual sodomers” and others in a legal sense. In the same way one might think that voting for Republicans is morally repugnant, it is a legal question as to whether or not we can ban Republicans from voting.

Justice Scalia talks about how when women got all uppity and bra-burn-y and wanted to vote, the Supreme Court didn’t weigh in – it let Congress pass the 19th Amendment. And that’s the way it should be, apparently, with abortions and “homosexual sodomy” (but not straight sodomy, apparently, so you straights continue to have all the buttsechs you want).

And what qualifies as “legal” and “moral” seems to be completely up to Justice Scalia.

His chief contention, which he delivered with occasional humor, was that judges are not policymakers and should leave policy decisions to elected lawmakers, who answer to the citizenry.

HAHAHAHA, the humor is right there in that completely ironic statement! Policy should be left to policymakers, just like when he was ok with the Voting Rights Act that was passed by policymakers, except that he overturned it because hypocrisy is the new black.

But activist judges (read: liberals) are just inviting the Holocaust to plop down on main street and start gas-chambering… who, exactly? Who cares – NAZI GERMANY IS SCARY AND SO IS GAY MARRIAGE AND JUSTICE SCALIA WANTS ATTENTION.

Justice Scalia did not mention things like interracial marriage, which would have prevented his fellow robe-wearer Justice Thomas from marrying his wife had not SCOTUS intervened. We don’t know why, except perhaps that example doesn’t fit into the bizarre notion that elected officials make wise decisions on behalf of all the citizenry.

So everyone please take a moment and look at Justice Scalia. There, are you happy, Justice Scalia? Now will you please shut the fuck up for a while and go eat a bag of barbequed rat dicks? KThanxBye.

[Aspen Times via The Atlantic Wire]