Why Wait For The Primaries? GOP 2016 Poll Lets You Pick Terrible Candidates Now 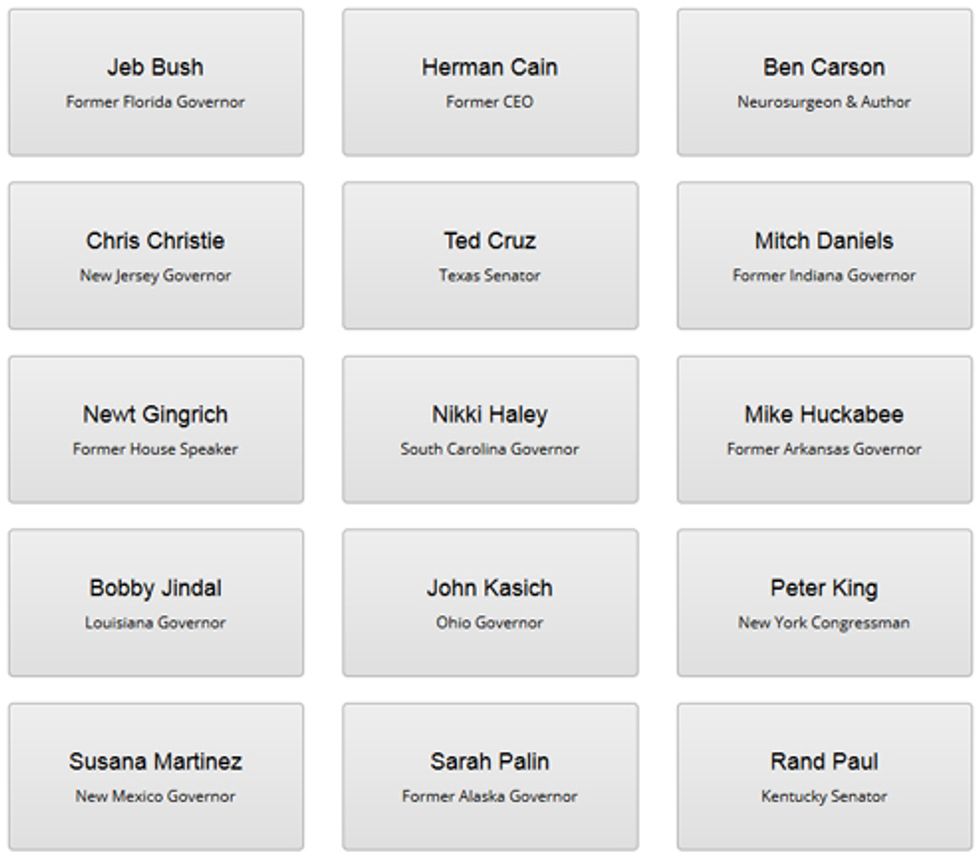 Reince Priebustweeted out an invitation today to go "Pick who you want to be the next president," via the RNC's excellent new survey toy. And what a broad selection of fine candidates there is, even though no one's announced yet, even at this late date. The choices include people who will almost definitely run (Rand Paul, Ted Cruz, Marco Rubio), some last hurrah losers of previous campaigns (Newt Gingrich, Rick Santorum), as well as some solid "Who's that again?" names for the veepstakes (Mike Pence, Brian Sandoval). And then there's a few people we'd love to see in the race solely because they'd be excellent sources of blog posts (John Bolton, Sarah Palin, Allen West). But where's Elder Statesman Mitt Romney?

We sure hope that someone has shown this list of luminaries to Hillz, and to Liz Warren, and of course to Old Handsome Joe Biden.

We bet that some wag with a fake email could even vote in it, Letting the RNC know that there's a groundswell of support for Tim Pawlenty, who would then zzzzzzzzzzzzzzzzzz....