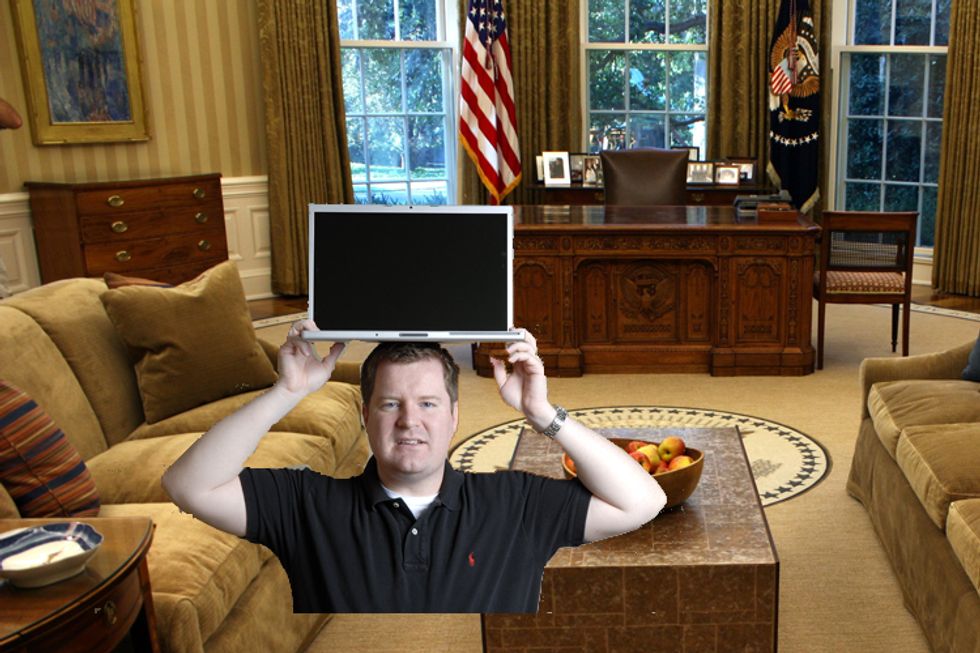 With nothing else to talk about today, despite the fact that Sharia is slowly being added to law books all over the country, RedState decided they were gonna have themselves a good ol' Photoshoppin' contest with a photo of the newly made-over Oval Office. But three hours later, why has no one entered yet? "Da Rules: Don’t be profane, don’t be disgusting, don’t be crazy. This is for fun." First of all, "Da"? That sounds BLACK. And it's impossible not to be profane or disgusting or crazy when you make a racist Photoshop. And also Photoshops of the Oval Office are VERY SERIOUS MATTERS for conservatives, not "for fun." So we are providing a Photoshopped image of a floating Erick Erickson with his trusty laptop in this version of RedState's Oval Office photo, and we are holding a Blingee contest!

Just download this image, then go onto Blingee, and then show us your result! Just like in the RedState contest, the winner will be tweeted. And RedState will probably have to retweet our winner by default, because nobody has entered their contest. :^(

Da Rules: Do be profane, do be disgusting, do be crazy. NOW GET BLINGING, WONKETTEERS. [RedState]