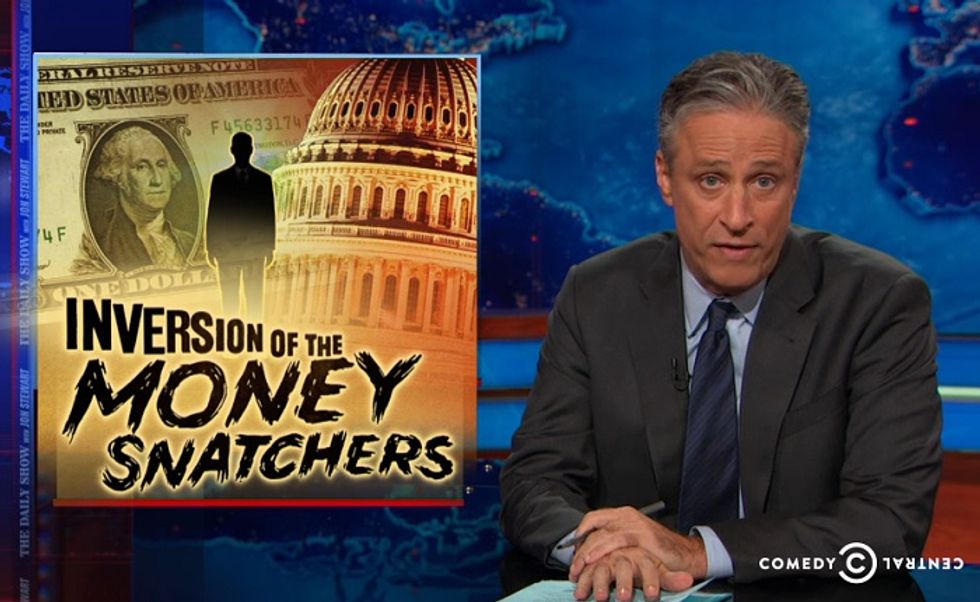 Here's a rare two-fer: Jon Stewart and Stephen Colbert both did segments Wednesday on the phenomenon of corporate "inversion" to escape U.S. taxes -- the scheme whereby a U.S. company buys a smaller foreign company, then re-invents itself on paper as if its U.S. operations were merely a subsidiary of that foreign company. As Great American Patriot Allen West points out, it's corporations' patriotic duty to make as much money as they can while avoiding taxes, and to try to stop it would be socialism, andmaybe a little perverted.

Stewart notes that "inversion" sounds a little like gender reassignment -- "it's a liberating procedure for companies that have been raised American, but know in their hearts they're really Irish." Stewart brings us one of his trademark info-cational segments, a little comedy teach-in that informs viewers of a problem they'd never heard of, while along the way pointing out that these poor over-taxed companies have also benefited from huge tax incentives to locate in the U.S. in the first place. Hey, they're makers, so they're allowed to be takers.