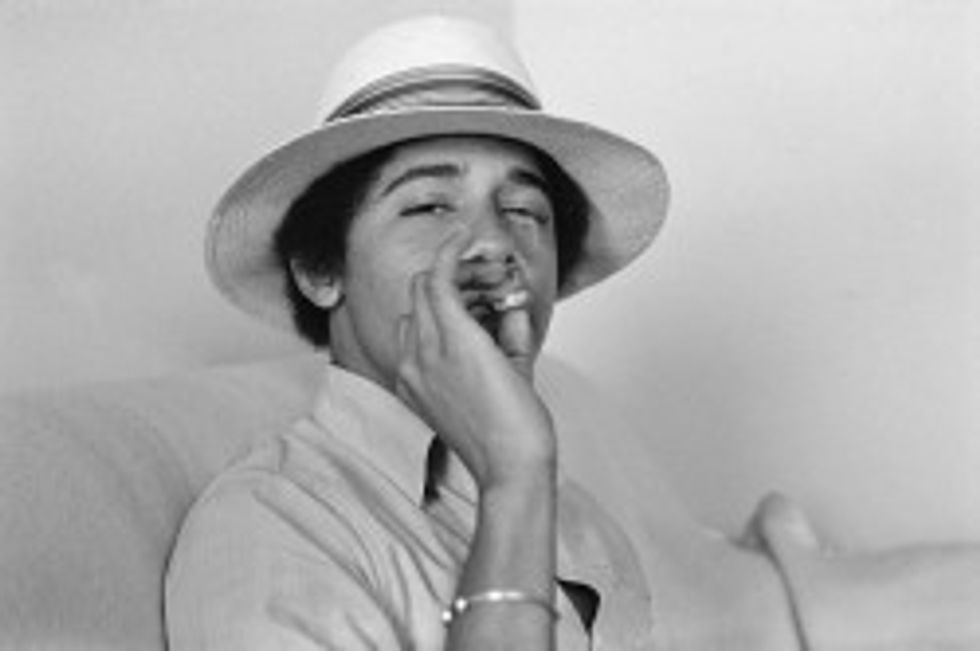 Maybe you're on the fence when it comes to Marijuana legalization - you tried it at a Cranberries concert in the '90s and didn't understand all the fuss, but you're worried your commute to work will be cluttered with one too many drum circles. Perhaps you hate the stuff, but you're like, sooo anti-Fed you'd rather see states individually address the issue. Whatever silly reason you have for not wholeheartedly throwing your money and support behind the War on Drugs, former Texas (and current Texas Eagle Forum president) GOP Chair Cathie Adams will bring you to your senses with herwatertight argument against Marijuana legalization: if you do drugs, you may not be able to memorize lengthy speeches while juggling the most intense workload of any professional in the country!

Speaking before a Grassroots America We the People "Call to Action" meeting, Adams highlighted what we can all expect should laws prohibiting drugs continue to soften:

...if we legalize it, will we empty out our jails and will we be safe for ever more? No. I'm telling you, Barack Hussein Obama has got to have a teleprompter because he fried his brain on drugs.

If we legalize drugs, more and more Americans may require teleprompters to make televised speeches to millions of people after attending nonstop meetings with foreign leaders and military strategists. Beyond needing a teleprompter to sort out his drug-addled brain, Barack Hussein Obama wants you to hit rock bottom so you'll need a teleprompter too!

I don't know why we're not calling him what he is as a Marxist. It's as if, when the wall fell that communism died; it didn't. Today, it is green on the outside and red on the inside. It is as red as ever and Barack Obama is implementing his green agenda, which is Marxism, and that is exactly why our economy is hurting as badly as it is and why twenty three million people are still out of work.

That's right - despite Obama's Department of Justice and its aggressive and often unprecedented contributions to the War on Drugs, the President has a secret "green agenda" that promotes lax drug policies with the hope that the Feds can one day constantly stream Marxist propaganda to its vulnerable, drug scrambled citizens via government-issue teleprompter.

Suck on that, Colorado.