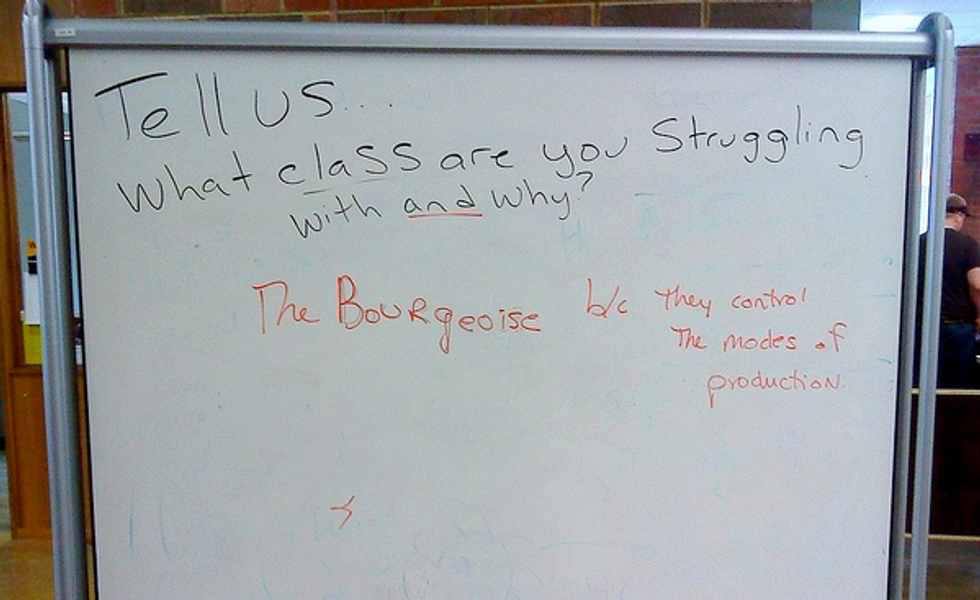 Timing is everything. And if you're the wingnut publicationCapitol Hill Daily, which we've never heard of before, you could probably pick a better day than yesterday -- when the Dow Jones averaged closed at over 15,000 for the first time ever -- to have issued a call for the impeachment of President Obama because of how terrible he's been for the stock market. Think Progress notes that an email from Capitol Hill Daily went out on Citizen's United's listserve, accusing Obama of ruining everything for the super-rich on a day when their portfolios were actually doing quite well, thank you very much.

Fearing the very worst, the nation’s super-rich are unloading their stocks at an alarming rate.

Even more troubling, the wealthiest 1% of Americans, who typically know the most, are the ones most anxious to sell.

You see, Obama just allowed 13 new tax increases to further slow the economy, wreck the stock market and make it even harder on the 12 million Americans already looking for work.

The bigger question is this…

Is Obama’s Latest Tax Screw Up Grounds For Impeachment?

Yeah, probably it is. Or maybe BENGHAZI! Or hell, maybe the way his welfare policies inspired kidnappings before he was even in the Senate?

And of course, sure, the performance of the stock market and the health of the economy as a whole are totally different things, we know that. But if an all-time high is what happens when Obama "wrecked" the market, we'd hate to see what it would look like if he damn near killed it.