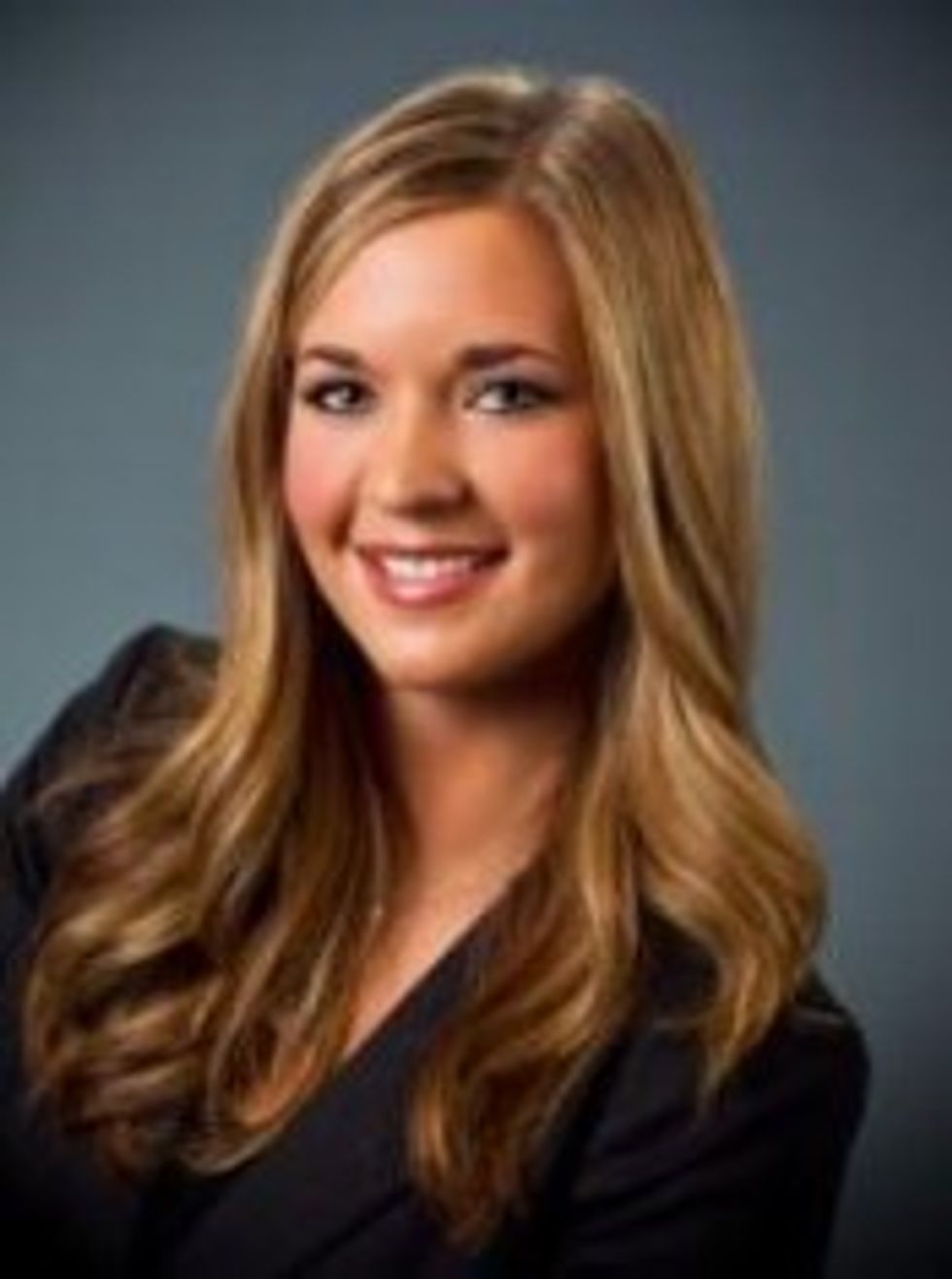 Hola wonquistadors, and welcome to our new and possibly semi-regular feature we callThat's Our Katie! wherein we take a look at the lies that syphilitic skunk dick Katie Pavlich allows to drip from her face hole onto the pages of Townhall.com. Previously we have covered Katie lying about protestors in Texas bringing bricks into the Capitol building to throw at state legislators during last summer's debate over an abortion-rights bill, lying about Planned Parenthood in Austin hiring protestors to march on the state Capitol during that same debate, and ignoring complicated subjects like "party realignment" and "history" in order to make a point (a point OF LIES).

What has been occupying Katie's skull in recent weeks? The confirmation battle over Debo Adegbile of course, because Katie is very sensitive to racially charged issues. And what's more racially charged than President Shaft appointing a cop-killer-lover to head the civil rights division of the Justice Department to carry out the New Black Panther goal of putting all the white people in FEMA camps?

First, a quick refresher, because we talked about it in the distant past that is Wednesday and you people are all drunks: Debo Adegbile's confirmation was rejected by the Senate. The major issue, as has been reported in numerous outlets, was that while working as the head of the NAACP's Legal Defense Fund, Adegbile contributed to a brief arguing that the jury in the trial of convicted cop killer Mumia Abu-Jamal received confusing and improper instructions.

Whoa, let us stop you right there, Katie. This statement is what's known, in journalism, as a lie. A big, fat, honking, stinking, sin-before-God, breaking-the-ninth-commandment LIE. Were you sick the day they taught journalism in the journalism program at the University of Arizona? Adegbile did not "work tirelessly" to free a guilty murderer. He worked on a brief arguing that there was racial discrimination in the jury selection at Mumia's trial and later on another brief that alleged jury instructions in deciding Mumia's guilt and sentence were constitutionally improper. As it happens, a federal judge agreed with this argument. Because even the guilty have certain protections for due process under that constitution thingy you wingnuts love so much. You should really try reading it some time.

Or as legal writing badass Dahlia Lithwick summed it up over at Slate (italics hers),

What he did do—which fits pretty readily within the historic mandate of the NAACP’s Legal Defense Fund—was to help ensure that the American criminal justice system, and especially the death penalty, is administered fairly and constitutionally. As a representative of an organization that is institutionally dedicated to ensuring that justice is administered fairly, he fought for fairness and (totally unfair!) judges agreed that unfairness occurred.

In any case, the legal briefs did not argue for Mumia's innocence, or that he should be freed. At worst (from your point of view anyway), he would have gotten a new trial. As it is, his sentence eventually went from the death penalty to life in prison without parole.

Let's see, what else is in this fantastic pile of filth:

In June 2013, the Supreme Court struck down Section 4 of the Voting Rights Act as unconstitutional, allowing states to change their voting laws without prior approval from the Justice Department. Attorney General Eric Holder has essentially ignored the ruling.

Holder has not ignored the ruling. He is not pursuing any actions on the Voting Rights Act under Section 4 because it has been struck down. He is pursuing action under the VRA's Section 3, which was not struck down and remains the law of the land. And here you wingnuts are always complaining that he's not upholding the law! Just be honest and admit he is upholding laws that you do not like because they might help someone not in your racial or socioeconomic category. It's okay! You're at Townhall, it's a safe space!

Through his extensive work at the NAACP and in arguments before the Supreme Court, Adegbile has made it clear he does not believe civil rights apply to whites.

Actually, he's worked to ensure that civil rights are applied equally to blacks and whites. This is what the NAACP Legal Defense Fund does. Because as you may have heard, this country has long had a sliiiiiiiiight imbalance in how the law is applied to whites versus how it is applied to people of a duskier hue. Adegbile is not playing a zero-sum game where black people's civil rights being protected results in white people's civil rights being taken away.