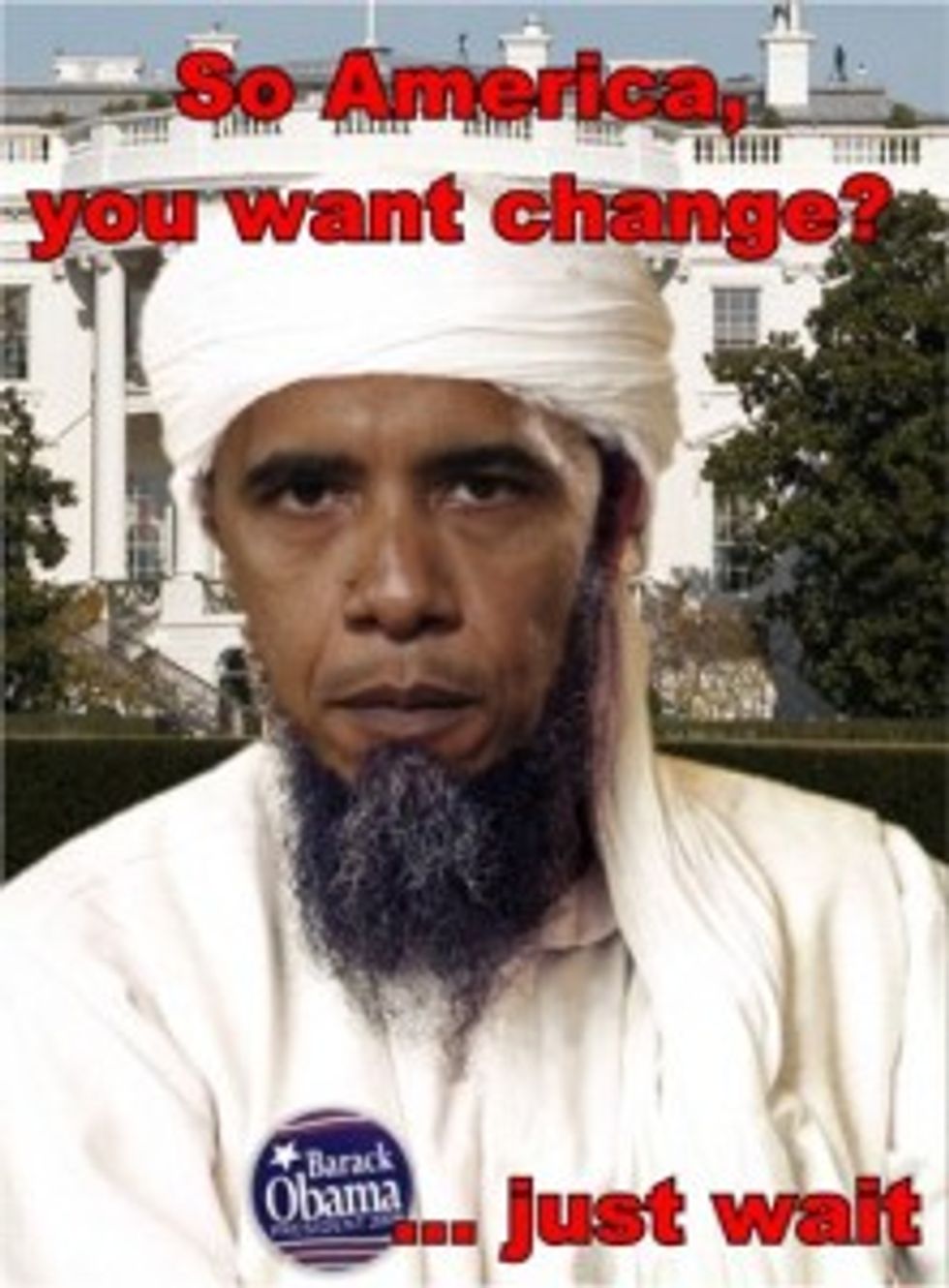 Iowan Kim Lehman, who serves on theRepublican National Committee, used her Twitter last week to reach out and touch the Politico -- which is what today's typical American woman does, if she's feeling lonely -- and chide them for taking cash-money to protect Imam Obama's reputation. All America's Top Political Zine had twittered was that "31% of Republicans believe Obama Muslim" -- is that what passes for "protection" these days? Whatevs! Anyway, Lehman informed the Politicos that "BTW he personally told the muslims that he IS a muslim. Read his lips." Some people got mad at her for this! So now she says she'll take back her tweet, if someone just proves her wrong.

In a phone interview, Lehman told the Des Moines Register:

If only! To make her case for Obama's Muslinism, Lehman's been referring to a speech he gave in Cairo, Egypt in June 2009 in which he said he was Christian:

Now part of this conviction is rooted in my own experience. I'm a Christian, but my father came from a Kenyan family that includes generations of Muslims. As a boy, I spent several years in Indonesia and heard the call of the azaan at the break of dawn and at the fall of dusk. As a young man, I worked in Chicago communities where many found dignity and peace in their Muslim faith.

Obama was respectful to his audience, which -- because they were Middle Eastern -- is A Bad Sign. Also, he did not wheel out a gigantic crucifix to accompany him on the podium, or bring out the Power Team to start ripping Korans in half with their bare hands. The speech "just had the appearance that he was aligning himself with the Muslims," Lehman says.

Maybe Lehman didn't hear the part where Obama says he's a Christian, though, because she's in denial. You know that they say about denial, right? It isn't just a river in Egypt. (Your Wonkette just made that up.)

The Des Moines paper says Lehman could be "one of the first" national GOP committee members to state that she believes in a Muslin-Obama faith connection, which is probably why she's getting all the fancy media attention. But we'll know if she's really made it if her name starts popping up on America's Twitter, @SarahPalinUSA. [Des Moines Register/White House website]