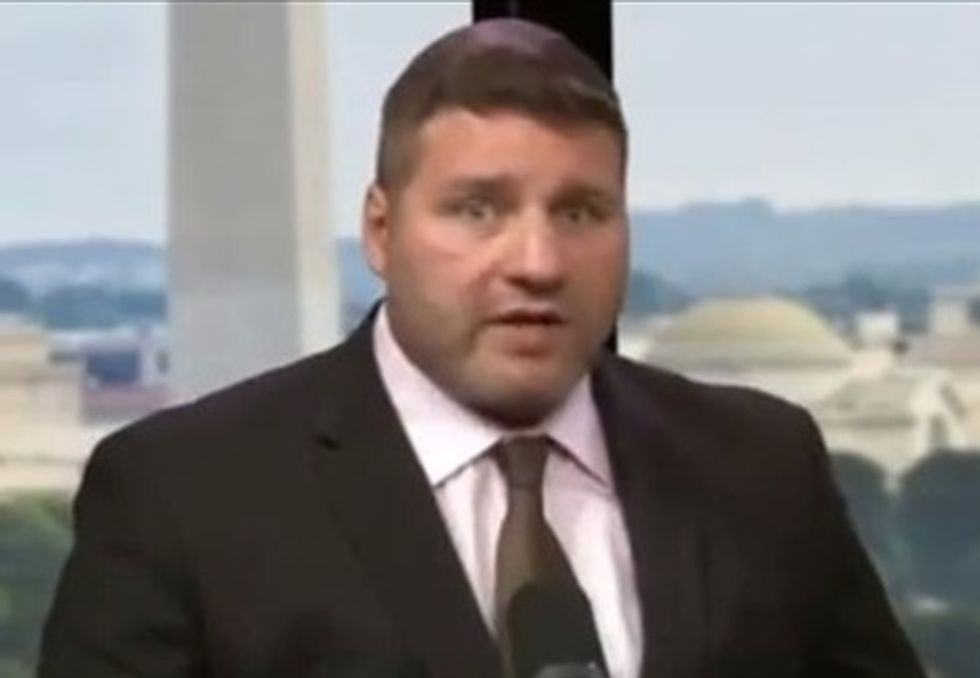 Wingnut extraordinaire Matt Barber, who writes almost exclusively about how The Gay Agenda isgoing to kill us all, except for when he explains that feminists are in favor of rape, has discovered another completely new thing about "the Left" and the gays: The real goal of all this legalizing of gay marriage and gay this and gay that is to legalize and promote sex with children, because that's just how "the Left" rolls.

As proof, he presents the accusations made in a lawsuitagainst "Openly 'gay' X-Men director and producer Bryan Singer," who was accused by Michael Egan of having molested Egan in 1999, when Egan was 15. Further, says Barber, "such homosexual abuse is rampant, even systemic, in Hollywood," and why aren't more people screaming about it like Matt Barber? Now let's not get carried away -- Barber does very generously admit that "not all homosexuals are pedophiles" -- only a "grossly disproportionate number of them are." But Barber wants to assure you he's not a homophobe -- or to adopt his scare quotes, a "homophobe" -- he's just after the facts which are that according to a study by the "left-leaning Archives of Sexual Behavior" (which he cites not with a link to the study, but to a Family Research Council pamphlet, so you know it's reliable), that the numbers just don't lie. In this study of 200 convicted pedophiles,

Don't get too hung up on math, though, because logic is just a trap laid by Satan.

And then Barber trots out the same two or three disgusting quotes from two or three allegedly prominent gay activists -- err, "gay" activists -- to prove that everyone on "the Left" agrees that sex with children is what we're all after. Apparently, everyone on "the left" prefers the euphemism “intergenerational intimacy.” Does he drag NAMBLA out, blow the dust off, and present it as conclusive proof? You bet your sweet pederass he does. As further proof of just how far our sad world has fallen, he cites the fact that the Postal Service issued a stamp honoring Harvey Milk, some deviant who Barber claims was "a sexual predator known to have statutorily raped, repeatedly, a drug-addicted, teenage, runaway boy" (as proof, he links to a WND article by researcher Matt Barber).

Am I the only one who sees the pattern here? Has the goddess of “tolerance” really driven the world completely blind with madness?

If consistency holds, and these allegations against Bryan Singer prove true (the evidence suggests they well may), I’ll wager he ends up with his own star on the Hollywood Walk of Fame and the next keynote at the annual HRC Gala.

Welcome to the bottom of the slippery slope.

Poor Matt Barber -- he is apparently the last pure soul in the world, now that even the activists at CPAC have become filthy-minded fuckaducks. We just hope that he is someday able to overcome his obsession with gay sex.

Follow Doktor Zoom on Twitter. He'd rather think about happier things than Matt Barber does. Luckily, that covers just about everything on Earth