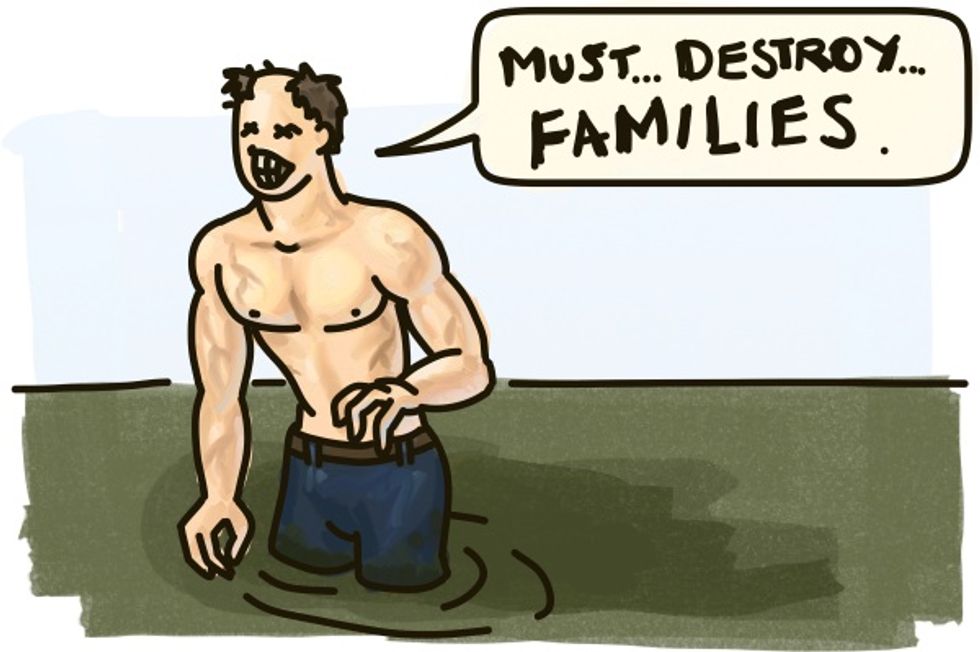 Here's a very nice thing that grew out of a very ugly thing, and a very ugly thing in reaction to it: Minnesota's got a new "Safe and Supportive Schools Act" aimed at combatting bullying and making schools safe and supportive, don't you know, for LGBT young people. It was passed earlier this year as part of a settlement in a civil-rights lawsuit, and following a string of suicides in the Anoka-Hennepin school district. And of course, now that the law is being implemented, a bunch of wingnuts are fighting to reverse it, because it is Gay Indoctrination that is oppressive to decent Christians who hate gays, with all the Christian love in their mean, pinched hearts. And that is why on Saturday, the "Minnesota Child Protection League" is having a big fundraising dinner headlined by two of America's premier advocates of gay panic, Matt Barber and all-around Loon Queen Michele Bachmann.

The Child Protection League is your garden-variety bunch of rightwing Christianists who are simply terrified that children may read books that include tiny cartoon genitals, and the League is quite certain the new law has nothing to do with bullying. Instead, you see, it's a nefarious plot to turn your children into morals-free perverts, as explained rather breathlessly in an "action alert":

It is, rather, a thinly-veiled strategy to indoctrinate our children and our community into affirming and celebrating all sexual activities, no matter how morally wrong and unsafe, including activities engaged in by lesbians, gays, bi-sexuals, and transgenders.

Also, because a Minnesota gay advocacy group used the acronym "LGBTQ," the pearl-clutching parents have decided that this amounts to inclusion of an entirely new group of perverts doing perversions with their filthy sex parts:

OutFront MN has recently officially announced the newest addition to its list of those to be honored--queers. They continue to push the envelope on who and what we must celebrate, honor and affirm, not for their achievements, but for their choice of sexual behavior.

Also hopping on the pro-bullying for Jebus bandwagon -- well, OK, already riding, but jumping up and down some more -- is Linda Harvey of Mission:America (not a typo), who insists that LGBT youth centers are nothing more than "homosexual sex centers" where creepy old gay men go to sex up nubile young boys in the bathroom, ICKY!

Harvey reported that LGBT teens at these centers “go and socialize with out homosexuals who are college-age and some of the volunteers who are out homosexuals" which leads her to believe that “kids are being preyed upon by older homosexuals." “The things that go on in the bathrooms at these centers…It's unbelievable. It's everything you can imagine" she said.
“Social service agencies donate money because, again, it's considered a youth center. No, it's a homosexual sex center and kids should not be involved in this.

Harvey also explained that anti-bullying programs in schools are terrible because they advocate the completely non-scientific view that homosexuality is a thing that is real. She objects to such programs because they teach innocent children that "people are born homosexual," which is impossible because homosexuals don't even exist.

“There is no such thing as a gay person," she declared. “The are people with those attractions and preferences, but not intrinsically, and those behaviors are immoral and harmful. So, are they ever going to tell children that? I would hope so, but these bullying programs are pretty weak on the whole picture."

As proof of her conclusion that gay people are imaginary, like unicorns, leprechauns, and decent sushi in Boise, Idaho, Harvey referred to a book about an invisible man in the sky, talking snakes, 900-year-old daddies, and a friendly zombie who could walk on water.