Wingnuts Have Super Great Idea For House Speakership: Why Not Try Anarchy? 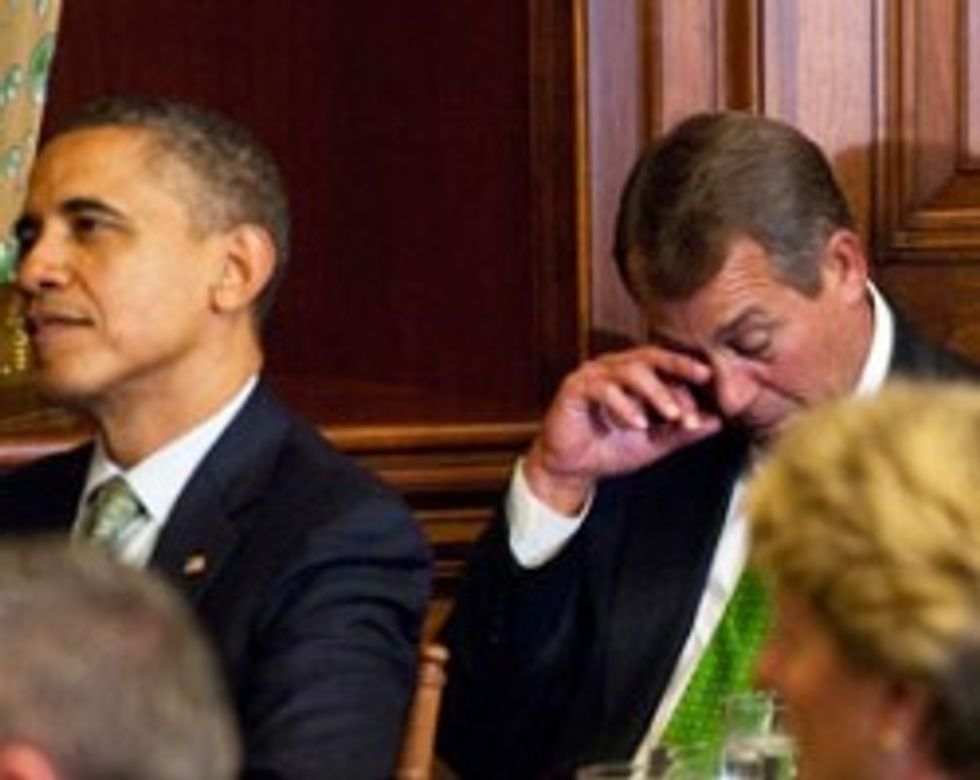 Some stupid bunch of idiots has a super smart and great idea. See, they are mad at John Boehner because he kicked a few of their idiot poobahs off a bunch of important committees, mostly because they kept answering roll call votes with "Hey John Boehner, I fucked your mom last night." But the wingnuts think it is because those members areconservative, so communist Chinee John Boehner purged them like some orange-Starburst-flavored Mao. Now? John Boehner is Louis XVI, and they are The Terror.

American Majority Action (AMA) is launching a #FireBoehner campaign. If 16 members of the Republican Party abstain from voting for Boehner as speaker in January, he will be one vote shy of the 218 necessary to confirm his speakership.

“Speaker Boehner has been an abysmal failure as speaker, and his latest purge is the nail in the coffin for conservatives,” said Ned Ryun, president and CEO of AMA. “Boehner has never won a negation [sic] battle with the White House or Senate — and he’s been nothing short of an embarrassing spokesman for the conservative movement. It’s time for him to go.”

The AMA's brilliant plan includes 16 red badges of courage voting "present" so John Boehner does not meet the 218-vote threshold he needs to be elected Speaker. (We looked it up, and surprisingly, they are correct that the Speaker needs a majority of the whole House.) So then he will be deposed. Who will replace him? Probably nobody!

Ron Meyer, press secretary for AMA, said that the group likes Rep. Jim Jordan of Ohio, the outgoing chairman of the conservative Republican Study Committee, to replace Boehner, though he noted that “there aren’t enough votes to elect someone new — yet.”

But removing him from the speakership, Myer said, is “doable for sure.”

Cool, so they will just not have anyone as Speaker of the House, second in line for the presidency. We are sure not having any leader at all will work out as well for them as it did for those nice boys with whom Piggy was such good friends.

Alternately, they could become Greens.