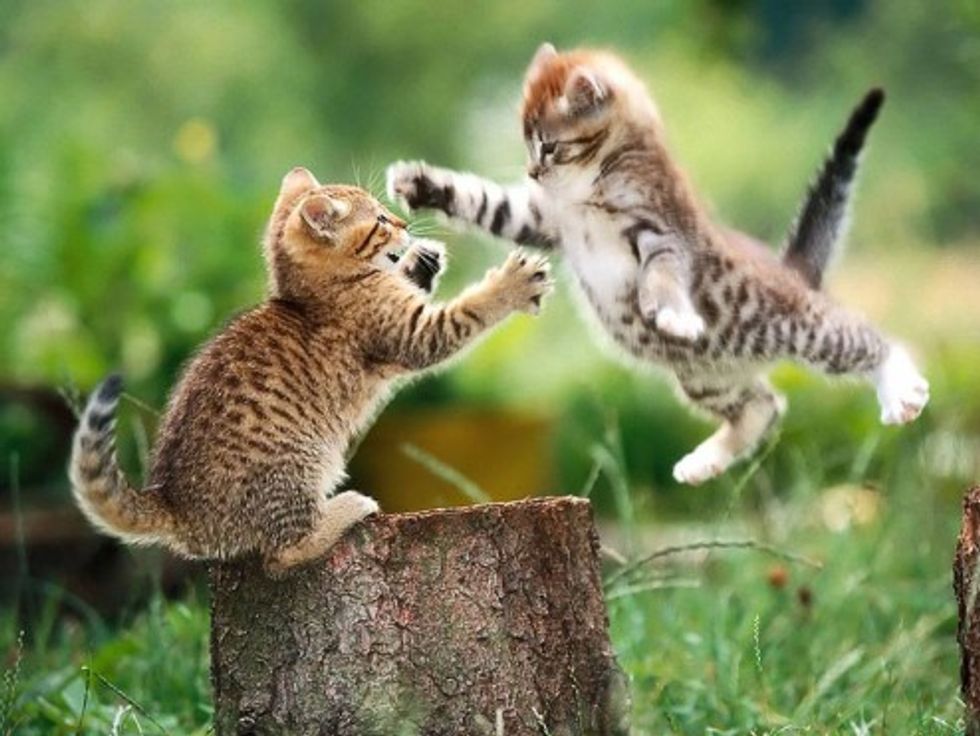 Oh Internet, is there anything you can't make a lot worse? As if just the actual facts of a sexual assault involving three boys attacking a five-year-old girl in Twin Falls, Idaho, weren't horrifying enough all on their own, the ugliest anti-immigration and anti-Islam corners of the internet managed to take the story, add nonexistent details and casual hatred, and blow it up into a cautionary tale about how Syrian refugees will rape and murder us all. And even now that the reality is out, the revised story can still be spun as a tale of Scary Muslim Rapists, of course.

First, let's see how raving bigot Robert Spencer told us all about it at his Jihad Watch blog, under the headline "Idaho: Muslim migrants hold knife to throat of little girl, rape her, urinate on her." Like most of the rightwing blogs that carried and exaggerated the story, the headline doesn't mention the ages of the alleged assailants -- neither did Pam Geller,Creeping Sharia, Stephen Crowder's "Louder With Crowder" site, or InfoWars. Why mention juveniles in a headline when "Syrian Refugees" is so much scarier?

While most of the screaming loonies go straight to the scary details about a little girl being gang-raped by three refugees at knifepoint, Spencer devotes fully half of his blog post to setting the context with long quotes from the Quran and other texts, explaining first that "Now what we have been seeing in Europe is coming to the United States, courtesy of Obama’s policies regarding Muslim migrants," and "The seizure of Infidel girls and their use as sex slaves is sanctioned in the Qur’an." Eventually he gets to the really scary stuff, copy-pasting another blog's account, "as reported by a Twin Falls resident" who of course is never identified, because then the Muslims would probably kill them. In this version, the boys are said to be 8, 10, and 13, from "2 Syrian refugee families" living in the same apartment complex as the girl. Feel free to skip the gory (and mostly fictional) details.

According to the anonymous Idahoan, the boys

pulled a knife on her, held it to her throat, forced her into the laundry unit, stripped her naked, raped, and urinated on her. The 13 year old “coached” the younger boys as he videoed. Due to age restraint [sic] the boys could not ejaculate but did urinate on her [...]

The 13 year olds father arrived on the scene and hi-fived his son. A mother of the perps arrived and knew only enough English to repeatedly say, “No police”.

2 AND A HALF HOURS LATER THE TWIN FALLS POLICE ARRIVED. MOTHER OF VICTIM GAVE PD THE VIDEO. POLICE DID NOT (STILL HAVE NOT) MADE ANY ARRESTS, REPORTEDLY BECAUSE OF THE ‘LANGUAGE BARRIER’.

BOTH PERP REFUGEE FAMILIES ARE STILL IN THE APARTMENT COMPLEX, LANDLORD IS UNABLE TO EVICT. THE MOTHER OF VICTIM ESTIMATES 50+ REFUGEES ARE IN THE COMPLEX.

So, what actually happened at the Fawnbrook apartment complex on June 2 is simply horrible. Because the victim and assailants are all minors, the case is sealed, but Twin Falls County Prosecutor Grant Loebs released some details to counter misinformation that he believes originated with anti-refugee groups in Idaho. A 5-year old girl was assaulted by three boys, aged 7, 10, and 14; two of the boys have been charged in juvenile court. The boys aren't Syrian; two are Sudanese and one is from Iraq. “There were no Syrians involved, there was no knife involved, there was no gang-rape,” Loeb explained. It's not clear whether the boys are refugees, although they are believed to have been in the U.S. for less than two years.

All those involved are juveniles, and the older one didn’t touch the victim in any way,” Loebs said. Only one person is alleged to have touched the victim, said the prosecutor, though he declined to elaborate.

[Twin Falls Police Chief Craig Kingsbury] also said there is no evidence to support claims the suspects’ fathers high-fived or praised the boys for committing the alleged assault, as has been reported on anti-refugee websites.

And no, not even the part about police taking over two hours to arrive was true, said Kingsbury, convenient though that might be to the narrative that local officials simply don't care about little white girls being raped by Muslim men:

“Simply, that just is not true,” the chief said. “The Twin Falls Police Department, the Magic Valley Paramedics, even the Twin Falls County Sheriff’s Office, responded in due time.”

For that matter, no Syrian refugees have even been relocated to Twin Falls, according to the director of the College of Southern Idaho Refugee Center, Zeze Rwasama. Imagine that.

“We have not resettled Syrians in this area,” he said. “It’s not because we don’t want to resettle them, I want to make that clear; just because they have not come our way yet.” Rwasama said the fact that the story specifies the boys were Syrian “shows me that probably there’s a different agenda that I don’t know of.”

The CSI refugee center has been the focus of protests by anti-Muslim paranoids, including a local militia (there's ALWAYS a local militia); they tried unsuccessfully last year to get the center shut down. Loebs attributed the false stories to the local anti-immigrant crowd:

There are some 30 or so Syrian refugees in Idaho, but they were resettled in Boise, not Twin Falls.

Oh, and one more small correction to the initial paranoid story: Nobody prevented the landlord from evicting the families. They were served eviction notices Wednesday after the police investigation was completed. Oh, what kind of world is this where people aren't tossed out of their homes as soon as an accusation is made?

So now that the facts are out, we bet the raving rightwing loonies are apologizing for having gotten so much of the story wrong, huh? Hahaha, we are such sillies! Robert Spencer, who helped spread the fake details, now says the Liberal Media is helping to cover up the horrors of rape-addicted Muslim refugees with all of its stories about the rightwing exaggerations. You see, in pointing out all the false stuff -- the nonexistent knife, the wrong nationality, the lack of any high-fives by the dad -- the Big Media are giving the impression that nothing happened at all. And what happened was a rape by Muslims, just like Muslims always rape!

We have seen in recent days, with the White House’s inept attempts to conceal Orlando jihad mass murderer Omar Mateen’s Islamic declarations, that covering for Islam seems to be what the Obama administration considers its primary responsibility. The mainstream media, always in Obama’s pocket, is following along: Muslim migrants brutalizing a little girl in Idaho? That’s not a story. Angry Idaho residents protesting against law enforcement inaction about the assault? That’s not a story, either. Idaho residents getting some details of the story wrong? That’s a story – see, folks? This isn’t about the risks and dangers of importing huge numbers of Muslim migrants. It’s about the racism and xenophobia of ordinary Americans.

Conspiracy clearinghouse WND deleted its initial story (really just an excerpt and link to InfoWars) but then replaced it with a longer "Exclusive" piece headlined "Cops, media hide Idaho girl's sex assault by Muslim migrants." Once again, by pointing out that all the original stories were full of lies, the media is trying to tell you nothing happened, because the headlines all included the word "false" and you had to read the stories to find out there really was a sex crime of some sort. No, just shut up about how all the rightwing stories were happy to run headlines implying the "Three Syrian Refugees" who "gang-raped a little girl" were adults. That's different, because the fact they were kids was very responsibly mentioned somewhere in most of the stories.

Just to prove how scary things are in Twin Falls, WND even ran terrifying pictures of Muslim women wearing headscarves, taken right out the window of an apartment in the Fawnbrook complex:

You can see right there that Muslims are in Idaho, and don't they look terrifying? She's almost certainly telling the boy how to be a rapist. WND also ran photos it claimed were of the juvenile suspects' family, complete with a shot of the family car's license plate, not blurred.

WND patiently explains you can't blame blogs for running with unsubstantiated rumor, since the government seems to think Muslims get the same right to privacy in juvenile crime cases as normal people. Ann Corcoran, who runs a blog called "Refugee Resettlement Watch," says the initial stories got the basics right:

While the original report by Infowars, bloggers and other “conspiracy” websites had some inaccuracies, the basic thrust of their reports was true — that a little white girl was sexually assaulted by Muslim migrants, likely refugees

Not that it's about stirring up racism or paranoia, not at all. Did they mention the victim was white?

The reason that stories like this get embellished on social media and the bloggosphere [sic] is because the federal government and the contractors it hires to resettle refugees have operated in secrecy for 35 years and the public doesn’t know what is going on, Corcoran told WND.

If only all the refugees could be identified by name and address, and of course religion, then maybe bloggers wouldn't have to make shit up. Thanks, Obama.