Wingnuts Still Think Gays Are Like Pedophiles And Kidnappers, Because Sex 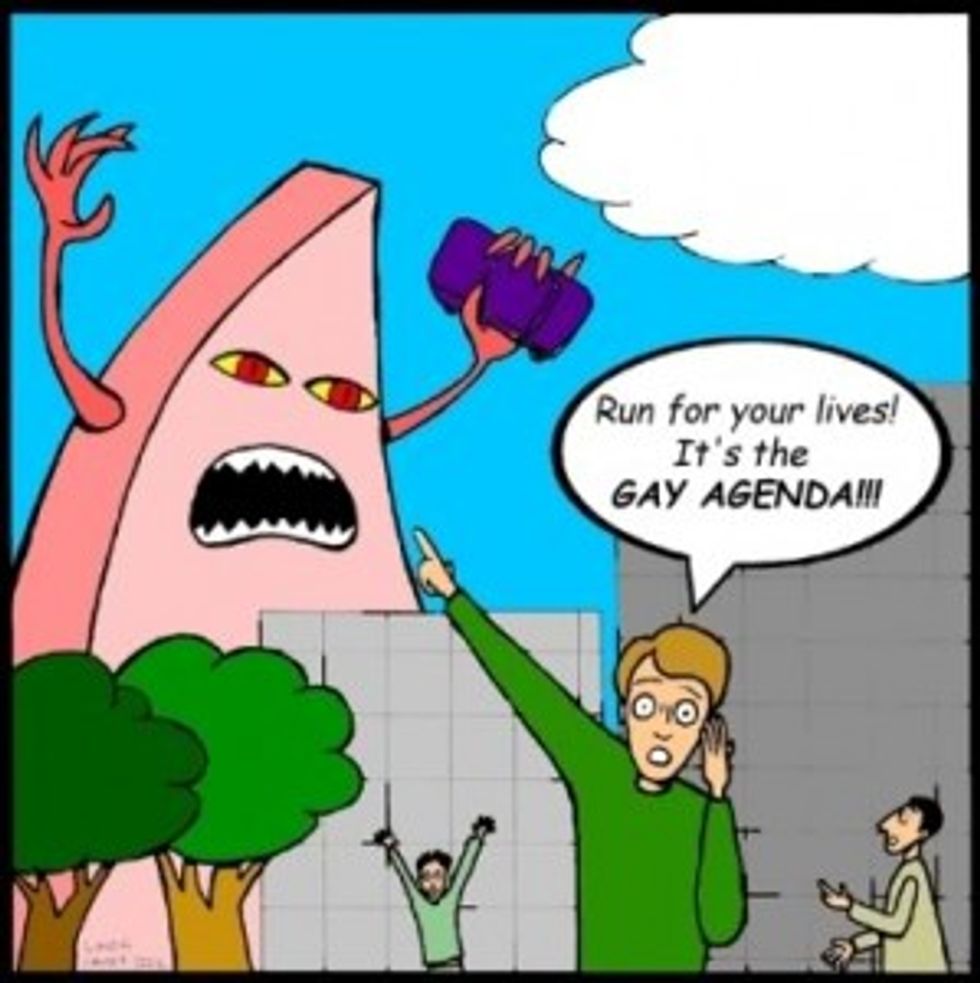 A couple of short items from Outer Wingnuttia today. Our first is this insight from American Family Association Radio host Sandy Rios, whoexplained Friday that she understands how the gays say they love each other, but then again, creepy rapist/kidnapper Ariel Castro said he "loved" his victims, and pedophiles say they "love" their victims too, right? And from mid-July, we have WND columnist Jack Minor, who alerts America* that

As legislators and other government officials promote “gay” friendly laws, they are unwittingly laying the foundation for special protections for pedophiles...

(As always, we have to acknowledge the beauty of putting that scary neologism "gay" in quotes. Nicely done!)

Yr Wonkette would just like to clear this matter up for these folks:

NO, PEDOPHILES AND KIDNAPPERS CANNOT HAVE THE SAME RIGHTS as gay and straight adults, because "consent." The end.

There you go: asked and answered, slippery slope not all that slippery, TA-DA!

* Again, actually -- the WND piece is largely a rehash of stuff Minor wrote in 2011, not that there's anything wrong with recycling, unless you're still passing off an already discredited myth, maybe. And you are. No, the APA is not trying to "normalize" pedophilia.