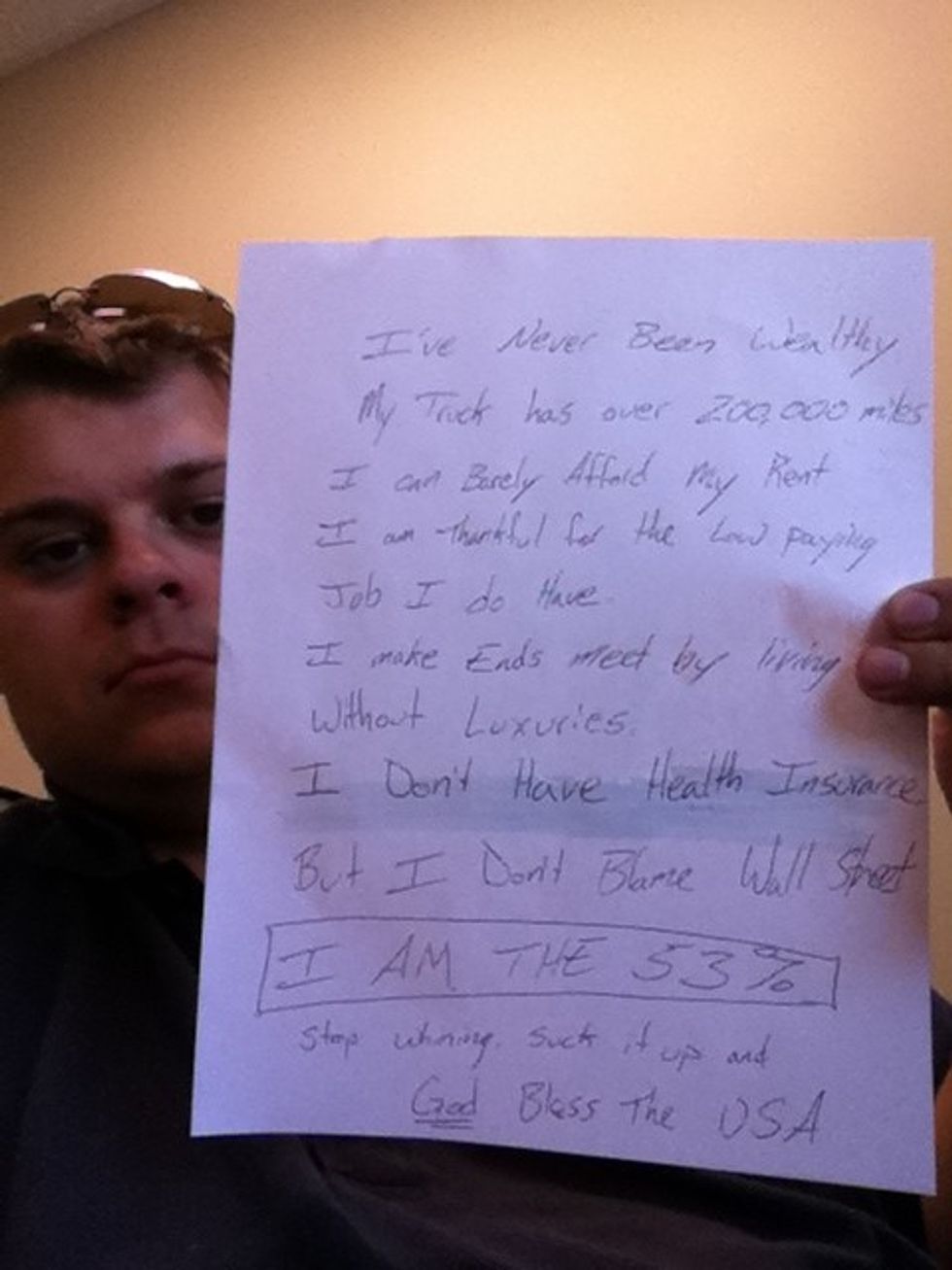 Right-wing hobo prince Erick Erickson started a cheeky conservative response to the popular "We are the 99 percent" tumblr with his very own "We are the 53 percent" site using the Republicans' parrot-poop false "point" that only 53% of Americans pay taxes. The site is remarkable only for the fact that the user-submitted stories are just as depressing and virtually identical to the "99 percent" stories, except that these struggling Americans are militantly defensive of their poverty and anusburgers. They are mysteriously very excited to spend the sum of their waking existence working bone-dissolving hours on the brink of a health problem-induced catastrophe! SO THERE, LIBTARD WHINERS. Let us read a few at random, for tears and misery and patriotism.

Food stamps and welfare, they are manna or whatever from Jesus! Which is how this person managed to start over, screw you hippies:

Oh god, this one is really depressing. This man, he has no health insurance and a near-zero wage, but he doesn't blame Wall Street. He blames only himself for being poor and barely able to survive despite working zillions of hours, as the Bible teaches us.
Yeah, SUCK IT UP, COMMUNISTS.
See, brainwashed tree dweller turds? Some people are HAPPY eking out the miserable existence equivalent of a Wal-Mart "63% off on laboring humans sale" working 394 hours a week for sub-living wages and no health insurance, why aren't you? Because you're complainers, which is ILLEGAL and UN-AMERICAN. Shut up and go watch Nancy Grace give free blow jobs to Satan on Dancing With the Stars, to remind you why America is still great. [We Are the 53 Percent Tumblr]
Kirsten B. Johnson