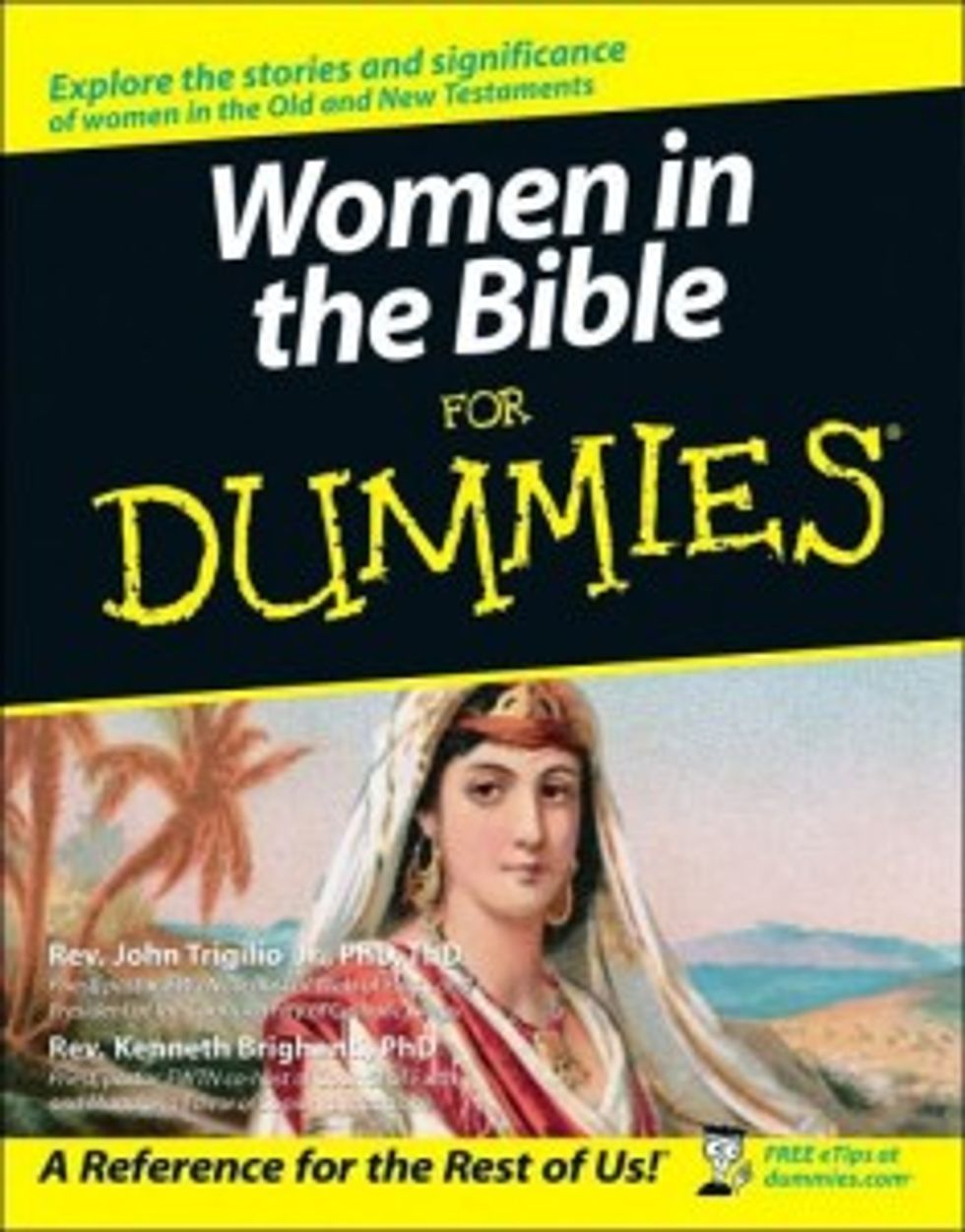 Many of you were probably under the impression that Michele Bachmann's rapid flame-out in the GOP presidential field was due to her manifest mental illness, but our pals over at World Nut Daily have an as-always importantalternate interpretation of the obvious, ready for it?: the fringe end of the American Jesus people spectrum that make up her base realized, after some initial excitement, that it was much too sinful to support someone with lady parts for President. BUT WAIT. Now that Great Wingnut Hope Herman Cain has exiled himself from the race in shame over his megalomaniac sex creep proclivities and all of the other male candidates basically suck, our WND Bible scholar has officially ruled it permissible for evangelicals to tap into humanity's reserve of second-string players, "women."

Let us begin our journey down the gauntlet of twisted logic:

She appealed to secular conservatives due to positions espousing smaller government and low taxes. Evangelical Christians loved her unashamed positions on issues of faith.

Sounds good for a wingnut, right?

But somewhere along the way, "buyer's remorse" set in. Some evangelicals questioned the biblical teachings on women submitting to their husbands, wondering if they might be sinning by supporting and voting for a woman president.

It's 2011! Or is it? For the purposes of this WND column, it is now the year 1211. Maybe this is the time to note that the column's author is Jerry McGlothlin, CEO of Special Guests Inc., "a leading supplier of expert guests to Rush Limbaugh, Sean Hannity, Michael Savage and other popular talk shows."

The book of Judges, in Chapters 4 and 5, explains an eerily similar pattern to today's political and economic state of America. Ancient Israel had fallen on tough times. They had rejected Yahweh God and embraced the ways of the world. They were surrounded by their enemies, and their men didn't have the moral fortitude to do what was necessary to survive. Enter Deborah, a prophetess, a righteous judge and a "Mother in Israel" (read: Rep. Bachmann with five biological children and 23 foster kids).

A man named Barak – really, we're not making this stuff up – was supposed to lead the Israelites to fight evil Jabin's Canaanite army commander, Sisera. But Barak wimped out, refusing to go unless Deborah went with him. So Deborah stepped up to the plate and led the charge, but prophesized that the glory of the battle would go to a woman.

(Wasn't the word here "prophesied?" Anyway.) Our five-second Google Search and even this graf indicate that Deborah and Barak were on the same team in this bedtime story, so Michele Bachmann is... a socialist Muslim warrior set for world domination? LET'S NOT GET AHEAD OF OURSELVES. Think of her more as a "temp fill-in."

The conclusion: There is a biblical precedent set for God sending a woman to do a man's job when a man isn't willing to boldly step up to the plate to get the job done.

COME ON, "in conclusion?!?!" But our columnist hasn't even gotten to our main question yet, "why the fuck do you sound like you have been mainlining heroin in some Taliban cave for a hundred straight days?" But, eh, we do not really want to know the answer to that question, given the apparent answer. [WND via Wonkette operative "chascates"]