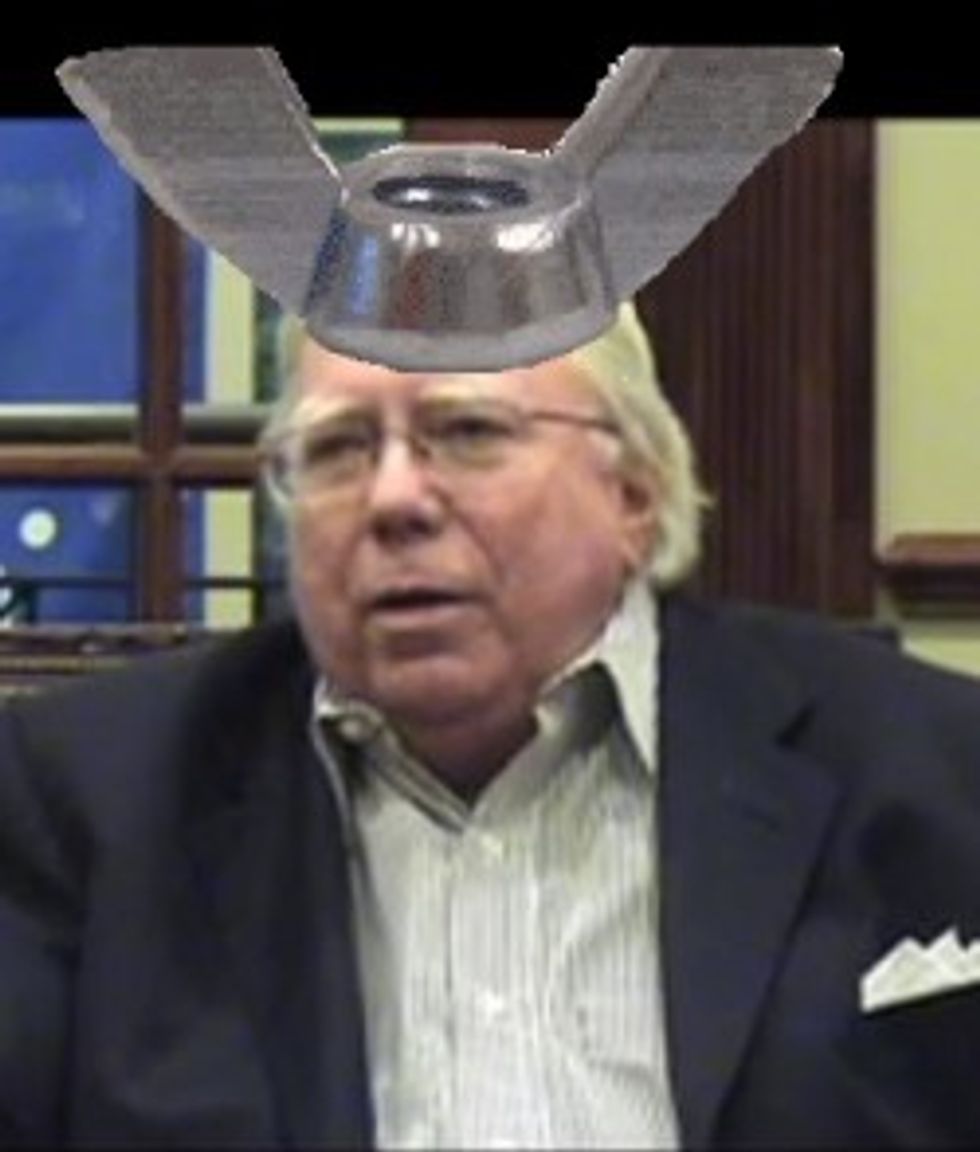 Pathetic waste of skin and neurons Dr. Jerome Corsi, PhD, has in recent months shifted from being astraight-out birther to claiming that Barack Obama is a flaming homosexualist, presumably because being a birther mostly just gets him merely a tired indulgent laugh these days, even from other wingnuts. So now, yeah, Obama is gay and spends all his time gaying up everything, especially the State Department and the diplomatic corps. So therefore, it's perfectly reasonable for Corsi to ask a very simple question: DID OBAMA SEND A 'GAY' AMBASSADOR TO LIBYA? Note that "gay" is in quotes in the headline and throughout the article, presumably because there is either no such thing as gayness, or maybe because it it such a new term that it must be marked as slang, like the many street names for exotic drugs. Or does it have something to do with Dr. Corsi, PhD, constantly being "hopped up" on "goofballs"? WE ARE SIMPLY ASKING.

As "evidence" that murdered Ambassador J. Christopher Stevens might be "gay," Corsi presents these shocking facts:

Corsi also mentions the unsubstantiated rumor that Ambassador Stevens was raped, either before or after he was murdered, another bit of myth that has been making the rounds of right-wing blogs. We do not think we have the stomach to even address the pathological mindset at work in spreading such rumors. But yeah, some on the right think that this is relevant to...something, possibly the inevitable triumph of both the Gay Agenda and Sharia Law if Obama is reelected, we guess. Because those two things get along so well.

We usually find Jerome Corsi's strange version of "logic" amusing; in this case, it just leaves us vaguely nauseated, because it is such a petty attempt to turn Chris Stevens, who by all accounts was an incredibly effective ambassador who genuinely gave a damn about the people of the countries he was posted to, into part of a clumsy cartoon labeled "Obama iz evil!" He deserves better than that, goddammit, and if you'd like to counteract Corsi's poisonous trolling, go read this lovely profile of Stevens from last Sunday's New York Times. It will probably leave you saddened at the loss of such a dedicated statesman -- an actual "public servant" -- but should at least offset any residual feelings of stabbiness resulting from Corsi's idiocy.

Oh, and was Stevens gay? We have no idea, because it does not matter.