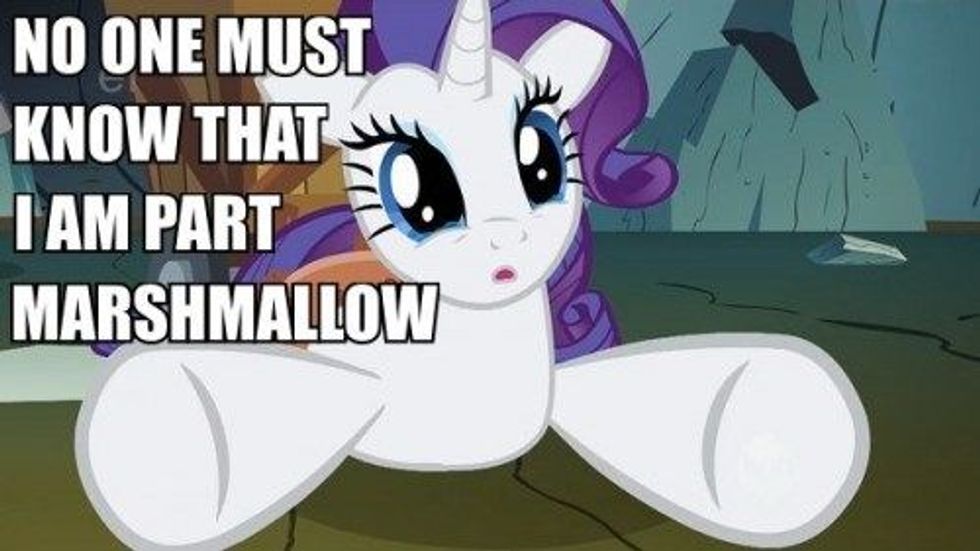 Well here's a fun story where we can enjoy saying the hell with just about everybody, yay! On the one hand, you've got General Mills, a soulless megacorporation that is, OK, slightly less awful than many, because gay-friendly policies and all, yes, very nice, and we can get behind that because good corporate citizenship and all, but then they also had this kind of cloying cheesy uber-branded promotion that's supposed to be for "Pride Month" -- but which they apparently only started promoting on June 28th -- called "#LuckyToBe," featuring rainbow-shaped marshmallows in their terrible Lucky Charms cereal. They even got a Belgian website so the URL could be "lucky.to.be," which we suppose is maybe the most interesting fact in this story.

And then you have WorldNetDaily, which is compelled to put scare quotes around "gay," because that's the kind of dicks they are, and they have this dumb story about the General Mills promotion that's all "Oh, how weird, gay cereal, I bet they all eat FRUIT Loops, haw-haw-haw, and now the Leprechaun is a sodomite and the cereal is magically gaylicious and what is America coming to?" and all we can say is fuck you double, WND, for joining the late Cheerios-burning guy in making us the least bit of sympathetic for General Fucking Mills Corporation, and besides we prefer bagels for breakfast anyway or maybe just toast, who cares just as long as we have plenty of coffee, THE END.