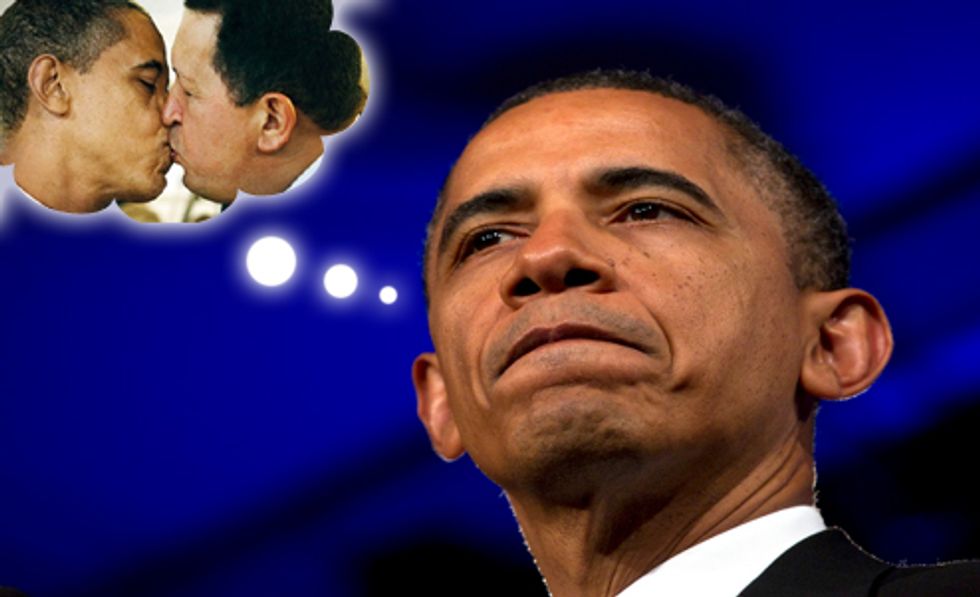 America’s most credible journalist, Jerome Corsi, has a new installment out in his series on how a young, homosexual Barack Obama got ahead in Chicago politics. This piece focuses on his arranged marriage to Michelle Obama, who, Corsi strongly implies, is also black. For example, Michelle has been known to use secret black code language:

There’s also the subject of her, um, work habits:

“She sat at a desk and read the newspaper all day,” [Corsi secret anonymous source] Robyn said. “Sometimes she read romance novel paperbacks. No one could say anything to her because she was a ‘Jesse hire.’ This meant if anyone did complain about her not working that Jesse Jackson would get mad at Daley over that, and there would be trouble.”

Not that accusing a black woman of being lazy has any racist undertones! Or overtones! Or makes every dog in a 20-mile radius bark like they’re at a mailman convention.

Using his carefully cultivated sources from Jeremiah Wright’s church, Corsi goes on to accuse Michelle and Barack Obama of using political connections to get ahead in politics:

Robyn said Michelle was “essentially treated like she was Jesse’s daughter, and Michelle’s connections in Chicago were a key to Obama’s rise to power.”

Their shameless use of friendship to rise the ladder of power stands in stark contrast to the gutter-born Mitt Romney, who used only his love of freedom to bootstrap himself from street urchin to the halls of power.

At the root of the story is the conspiracy by Jesse Jackson to elect an African-American president which for some reason is a terrible thing for someone who dedicated his life to the advancement of African-Americans to do. The story, according to Corsi and his well-placed and probably made-up sources, is that because Jesse Jackson Jr. was known to have mental and drug problems, his father was forced to select another protege to take a run at the White House. So he chose a homosexual with a faked birth certificate, and forced him to marry the laziest woman in Chicago.

“I remember being at this function at Reverend Wright’s house, one of the many parties Wright had, in 1996,” [rock-solid source] Hazel recalled.

“I went to the room where all the coats were on the bed, because I wanted to leave. I was surprised to find the light in the room was off and the coats were on the floor,” she said. “Then I realized there were two men hugging and kissing in there. One of those men was Obama. This was long before anybody knew Obama, before he became famous like he is today.”