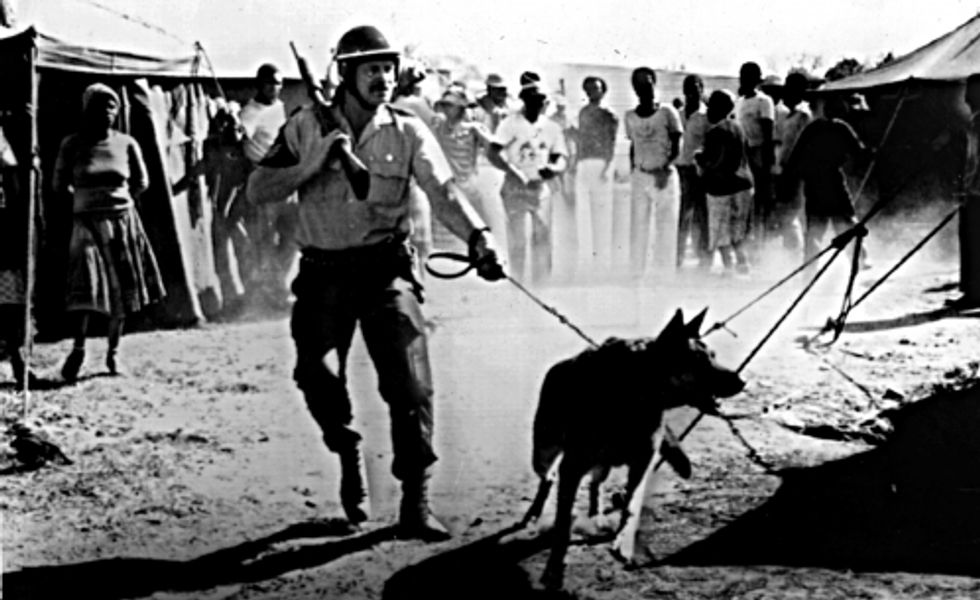 It's maybe too late to stop people from getting all carried away, but wackaloon WND writer and frequent Fox News guest Erik Rush just wants toinject a note of caution into all this hoopla over the passing of Nelson Mandela. Oh, sure, people say he was a great man and all, but isn't all this celebration of an old guy who wore colorful shirts overlooking a couple of key points? On his radio program last week, Rush suggested that what's really needed is a strong dose of perspective:

“You know I hate to rain on the parade here, but there really isn’t a whole lot to celebrate aside from this synthetic symbolism that is being made out of someone who, you know, didn’t do much,” Rush said. “Apartheid went away, great. There are South African blacks who have told friends of mine they wish it was back because the country was safer, if you can believe that.”

Yeah, stupid South Africans, why do you insist on celebrating the life of one-man-crime-spree Nelson Mandela?

Back in January, Rush explained, based on a book he read, how post-apartheid South Africa has become a violent hellhole because it's run by Marxists. You see, the end of apartheid happened not because South Africans held any "internal referenda" to bring about change, but because of international pressure from socialist elites:

Not so much because apartheid was an odious policy, but because it offended the sensibilities of Western liberal elites that whites held dominion in countries such as South Africa and the former Rhodesia, which were “meant for blacks” (I suppose because they happened to lie on the African continent).

The fact that they happened to have black majorities with no political rights may have played a role, too, but we're just guessing there. But in Erik Rush's telling, South Africa was fine under white minority rule, which was wise and anticommunist and devoted to preserving order. Things were much nicer back then. Also, the aqueducts.

And since Obama is a Marxist, it only stands to reason that America is headed for race war, because anticolonialism something arglebargle. Then again, Erik Rush is the guy who wants to execute journalists for treason to celebrate free speech. Also, anyone mocking Erik Rush's conspiracy theory that Barack Obama tried to nuke America belongs in jail, too. Sometimes Freedom just needs some tough love.

In any case, it sure is sad to see how all those liberal elitists convinced millions of people around the world to see Nelson Mandela as some kind of hero, when in fact, if they saw the world as clearly as Erik Rush does, they'd just put him right back in jail for another 27 years. Now stop all that singing, will you?