WND Will Impeach Chief Justice For Swearing In Whats-His-Name, The Black Guy 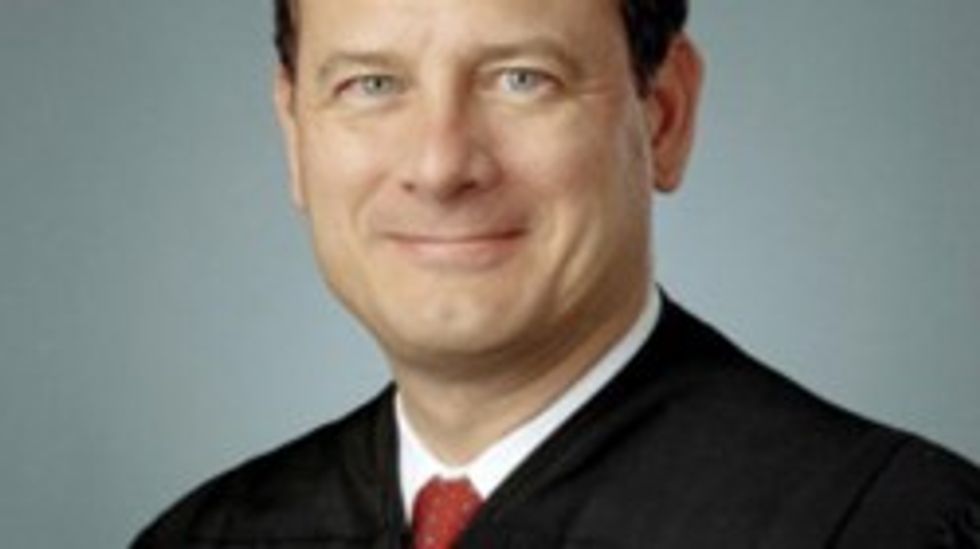 The good folks of WND areaward-winning journalists for a reason, and that reason is that they are NOT CRAZY AT ALL. Having failed to impeach the usurper (YET), and having failed with their clever extra-democratic plan to deny him a quorum of electors, they have demanded that Supreme Court Chief Justice John Roberts refrain from swearing him in, with a sternly worded open letter. Oh no they di'int! Oh yes they did!

When you administered the oath of office to Barack Obama for his first term as president, you could have been excused for believing that Mr. Obama was qualified under the Constitution to hold the office of president, which he had sought and won. After all, Obama’s opponent, John McCain, never raised the issue of Mr. Obama’s qualifications.

Now that Mr. Obama has been re-elected and is preparing to serve a second term of office, there can be no doubt regarding his qualifications.

WND is accidentally correct. There can be no doubt about Mr. Obama's qualifications. Unfortunately, they do not stop there.

This is because by Mr. Obama’s own admission, his father was of Kenyan nationality and perhaps holding British citizenship as well.

In addition to the nationality of Mr. Obama Sr. listed on Barack Obama’s birth certificate, we know that Obama Sr. was not an American citizen because of correspondence surrounding his stay in this country.

So ... okay. The goalposts, they are moved. Now both parents must be American citizens for an American citizen to be "natural-born," which means FUCK YOU ANCHOR BABIES ARGLE FLUrGLE GLOM. Also, this would be news to Thomas Jefferson, Herbert Hoover, Woodrow Wilson, Chester A. Arthur, Andrew Jackson and James Buchanan.

Your failure to investigate these citizenship issues surrounding Mr. Obama at the time questions were raised during his first term places you in a terrible position. You are now confronted with a most difficult choice.

We are seeing Meryl Streep for this, of course. Anyhoo, this goes on for a while, all "we will inpeach you for serious, la la la eternal dishonor" so let's skip ahead to where our Author warns the Chief Justice that he will be Nuremberged like a common Nazi.

These things do not end well. One need only look to the aftermath of World War II and the Nuremberg Trials to see what awaits. Illegal wars. Illegal debts. Illegal laws. Will the rest of the Supreme Court’s justices, now knowing they are violating their own oath of office, continue the sham through a second presidential term? How, then, is the highest court of law in the nation any different than that pictorial proverb in Japan of the three monkeys who see no evil, hear no evil and speak no evil?

"Illegal laws" just made our brainplace hurt. Like, a law can be "unconstitutional," and it can be "immoral," but can a law be illegal? Wonkers of the lawyerly and/or Hegelian variety, please weigh in!

Given the gravity of this situation, we therefore urge you to take the honorable course of action and refuse to administer the oath of office to Mr. Obama. And yes, this will also require you to explain to the nation in the clearest possible terms why you have been compelled to take this most extraordinary action.

Thank you, Mr. Chief Justice, for your consideration.