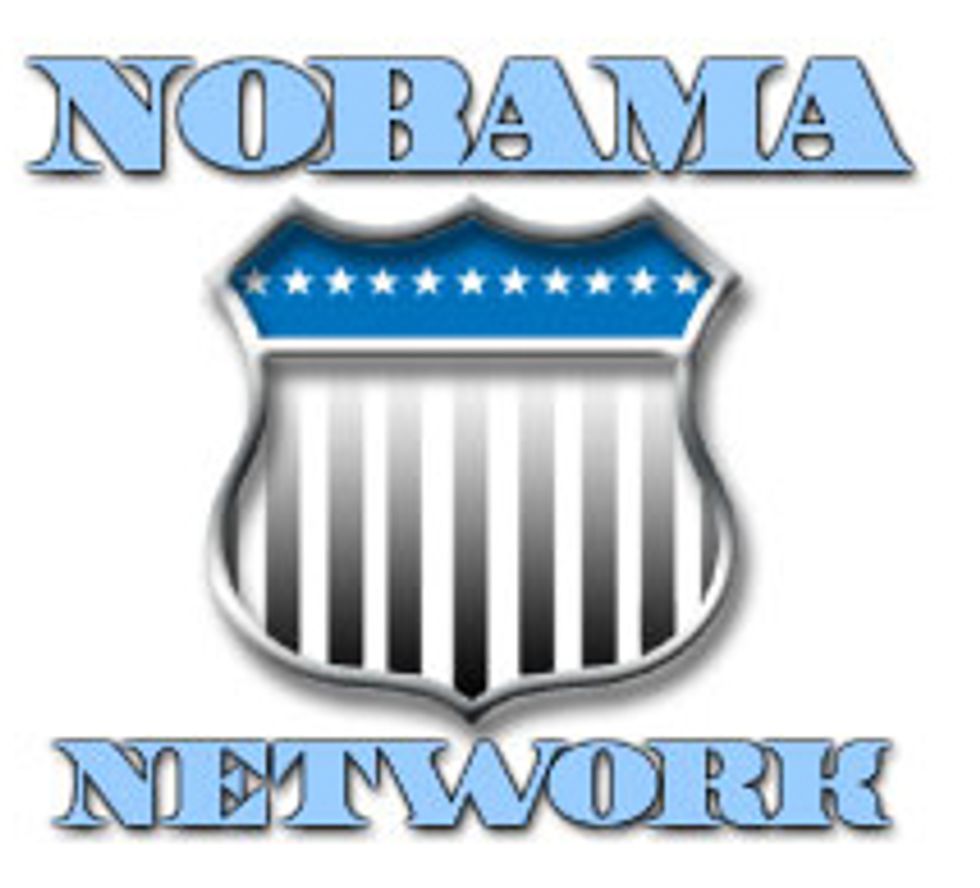 While the hub for Internet-Americans that hate Barack Obama is clearly Ed Hale'shcsfjm.com, its closest rival appears to be the "Nobama Network," which describes itself as "a portal site designed to bring together the Grass Roots Movements in America spawned by outrage over the actions of the DNC disenfranchising voters, reassigning delegates, selecting their illegitimate Nominee and diminishing the most basic factor that makes America great, our right to vote and be heard!" Among the sites on this "portal" are the 40-50 worst sites on the entire Internet. Including your Wonkette!

We got some email from these people the other day, asking us to put its banner logo on our site. We didn't, because who the fuck are these people? We must've posted 100 items making fun of Hilltards and their disenfranchisement shtick. And even if we actually thought Clinton voters had, somehow, been disenfranchised by the DNC in a shadow conspiracy, that would've been awesome. Ha ha, their miserable votes really wouldn't have counted!

We didn't go through the whole list of blogs on the "Nobama Network," but we assume there are many other, uh, incorrect listings too. What's another blog that people know? Talking Points Memo? Oh look, they say "No" to "Obama" as well!