Wonkette After Dark: Watch Out For Smooth Viagra Thieves, Chicago 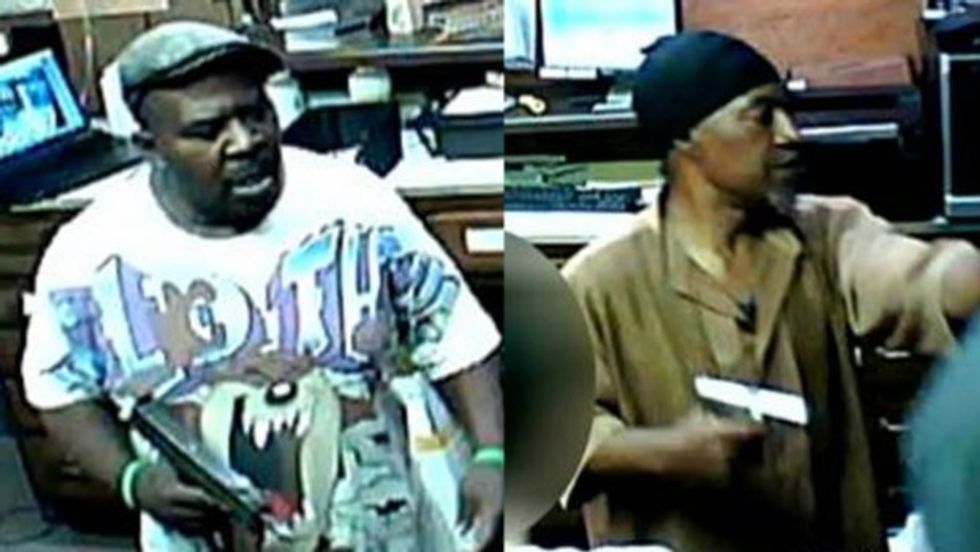 In Sex News, or at least sex-adjacent news, two "older men with guns" robbed a Chicago medical clinic's pharmacy, getting away with "56 Viagra pills worth $1700" as well as "Xanex, a muscle relaxant; Norco, a pain killer and codeine-laced cough syrup, valued at $400."

Witnesses said that the men appeared to be in their late 50s, and that they "seemed a little nervous as they moved around the office but gave no indication they would shoot anyone." One man was wearing a Tasmanian Devil t-shirt, which Wonkette After Dark believes may indicate a link between watching too many cartoons and difficulty sustaining an erection. What about you, Wonkers? Do you find that your childhood entertainment options have impaired your sexual function later in life? Or enhanced it? Did you ever find Bugs Bunny attractive when he put on a dress and played a girl bunny? Neither did I. I was just asking.

We also like that Dorothy Tucker, the reporter for the Chicago CBS station, added this:

The owners of the pharmacy said the men gave no indication if they would use the Viagra themselves or sell it on the street for a profit.

Because it's nice that she'd give them the benefit of the doubt like that.

Note: You may want to consider discussing this story without the name of the drug, since that's a pretty good bet to send your post to the spam filter.