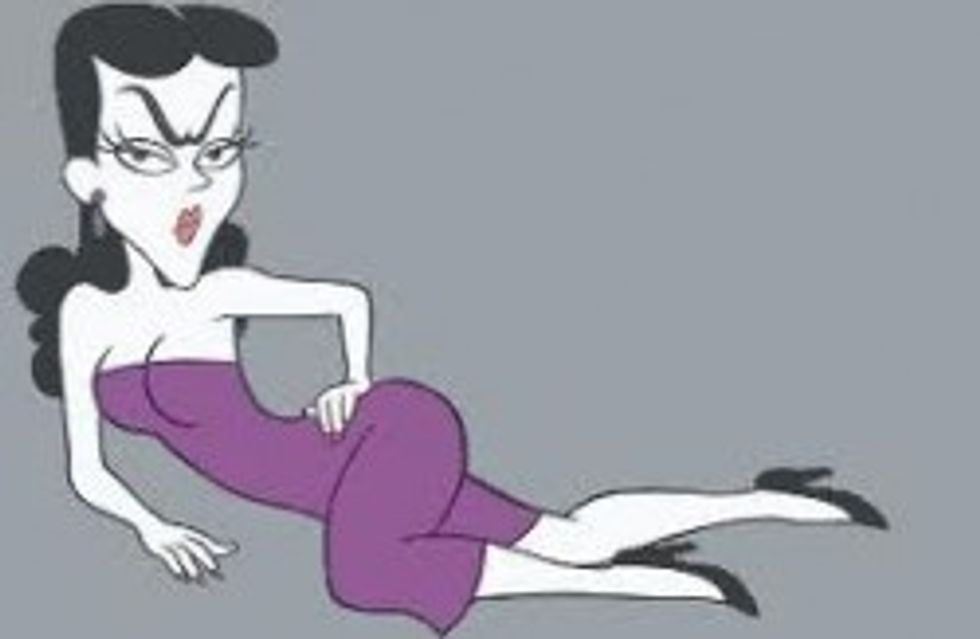 Oh right so remember that redheaded lady spy? Well Assistant FBI Director for Counterintelligence C. Frank Figliuzzi told the Independent that her ladytrap was about to trap someone but good!Tell us more, Spencer Ackerman?

“They were getting close enough to a sitting U.S. cabinet member that we thought we could no longer allow this to continue,” says C. Frank Figliuzzi, the assistant FBI director for counterintelligence, according to the Independent. That alleged — repeat: alleged — sexual “closeness” prompted Figliuzzi’s agents to shift from monitoring Chapman’s crew of ten spies to arresting them in 2010.

We can probably take Eric Holder out of the running, because Anna Chapman is not blonde, and all African American dudes love blonde ladies it is the law. And we can take out Sexy Grandpa Joe Biden, because you know Dr. Jill Biden keeps her man happy. SO who is it then? BESIDES all of them?

Here is an up-to-date list of Obama's cabinet, but our Google-fu is not up to figuring out which ones were sitting cabineteers in 2010, when Anna Chapman and her gang of loveable goofballs was arrested by the FBI for trying too hard to do sex to all the officials. We got a fin says it was Hillary, in the Library, with Janet and Steve. And if it wasn't, it will be in our next screenplay. Leave your slash/fic in the comments, as always.