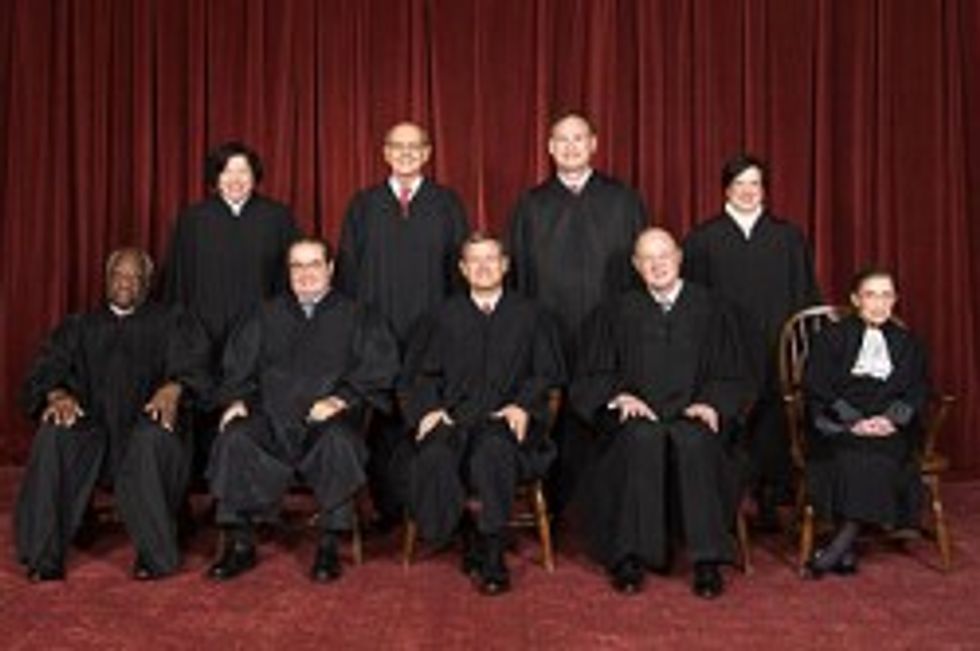 HOT NEWS, HOT NEWS! The Supreme Court ishearing a Montana case with direct bearing on its infamous decision in Citizens United, which may have done more to scar the Court's reputation than anything besides Bush v. Play-Acting Dilettante. Their biggest detractor? "Straight-Talk" John McCain, just cold threatening the Supreme Court's lives and such, with such terrrrrible thuggery as the following:

"What the Supreme Court did is a combination of arrogance, naivete and stupidity the likes of which I have never seen," McCain said. "I promise you, there will be huge scandals because there's too much money washing around, too much of it we don't know who's behind it and too much corruption associated with that kind of money."

Will someone fetch our smelling salts? We are fairly sure that kind of potty talk is not allowed around the great and inerrant Court.

But even some among the robed think the Court is errant (don't worry John Roberts will send them to Gitmo), and are hoping that hearing the Montana case -- a total ban on corporate money affirmed by their state Supreme Court after Citizens United -- will give them a chance to revisit the matter.

In March, Justices Ruth Bader Ginsburg and Stephen Breyer argued the Montana case would give the Supreme Court a chance to rethink Citizens United.

"A petition for certiorari will give the Court an opportunity to consider whether, in light of the huge sums currently deployed to buy candidates' allegiance, Citizens United should continue to hold sway," the statement said.

OK enough "information" for all you low-info voters. Now vote!