Wonkette Week In Review: Here's What All The Cool People Were Reading This Week 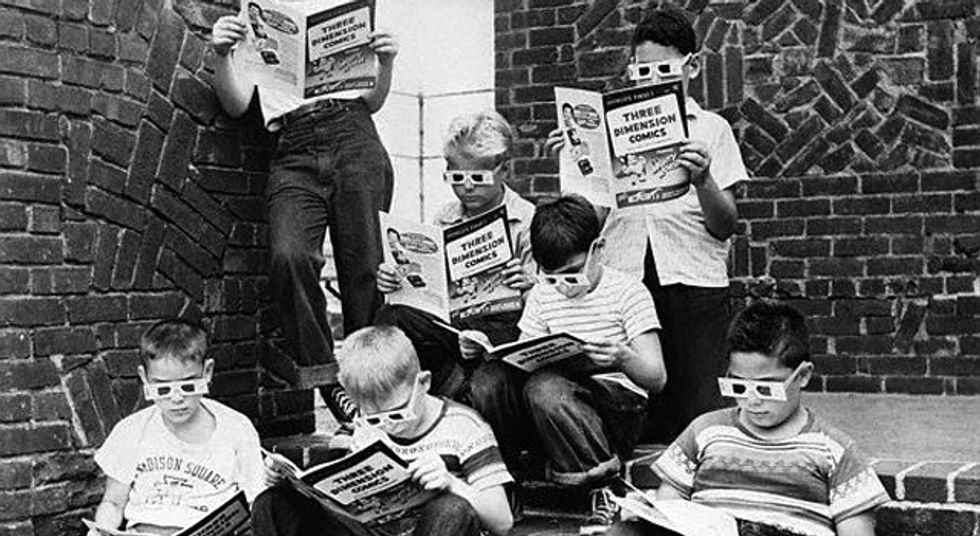 While you're snowed in (you're not? Lucky!) this weekend, why not take a moment to catch up on some of the fine Wonkets that you may have missed during the week? You know the drill by now -- we tally up the most-shared stories of the week on our Facebook page, list them here as if counting down from ten to one had a great deal of suspense in a print format, and then we urge you to "share" your favorite stories, so that Yr Wonkette might continue to thrive and grow, or at least keep the Liquor Cabinet of Dr. Caligari stocked. And so, on to the week's top ten:

10:Don Blankenship, the incredibly sleazy former CEO of Massey Energy, was indicted for his role in safety violations that led to the deaths of 29 miners in the 2010 Upper Big Branch Mine explosion in West Virginia. He is not a nice person.

9: A marine biologist wrote an awesome reply to rightwingers who portrayed his work on ocean pollution as wasteful. Yes, it involved a shrimp treadmill, but no, he was not building a teensy gym for crustaceans.

8: CNN's Don Lemon said what may be the dumbest thing yet about the Bill Cosby sexual assault allegations. It was blindingly stupid, even for Don Lemon.

7: A Tea Party group in Mississippi is pushing a "Heritage Initiative" that would declare the state's devotion to Christianity and the Confederate flag, and which includes some dumb stuff, too.

6: We met some "sidewalk counselors" in front of an abortion clinic who wonder why, if women want jobs and education and such, they still go and have sex like common whores?

5: Missouri Gov. Jay Nixon just couldn't wait for the grand jury announcement in the killing of Michael Brown, so he declared a state of emergency early. Get tear-gassed by cops now, and avoid the rush!

4: Republican campaigns and outside funding groups, which aren't supposed to coordinate their activities, astonished exactly no one by finding a way to collude on election strategy. How in the name of Citizens United could that happen?

3: Alex Jones rantsplained how Net Neutrality is worse than the Nazis, Stalin, and the '62 Mets.

1: The Los Angeles Times found a whole new way to make work suck: getting rid of vacation and sick days forever, for "efficiency." What could possibly go wrong?

In addition, we sold some coffee mugs featuring Liz Warren as a New Soviet Woman. leading The People to victory. You should buy one or fifteen!