Wonkette Wingnut Boyfriend Bradlee Dean Has Some Demons To Show Us, In His Pants 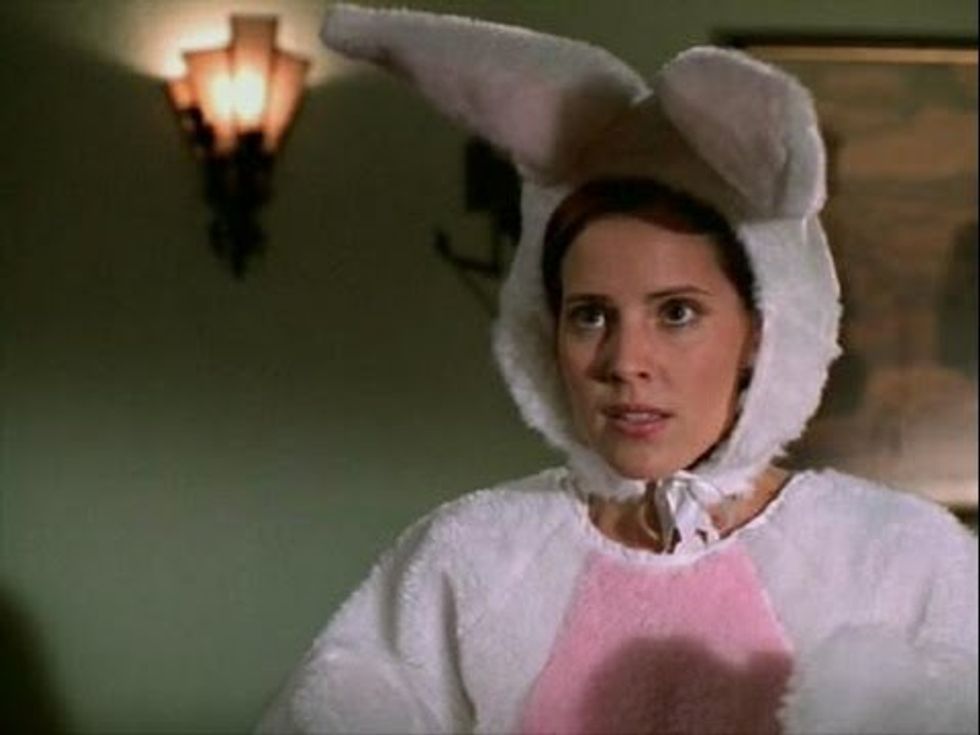 as we all know, this is what demons actually look like.

Rarely is the question asked, "Hey, we wonder what is going on with Bradlee Dean, that maybe insane man who tried to sue Rachel Maddow for quoting him verbatim, and also hilariously threatened to do the same to yr beloved Wonkette?"

And really, nobody is asking it now, but since you didn't ask, we would be remiss if we failed to note that Sir Bradlee, Son Of Sexxxy Liberty, tweeted out an amazing article, written by some doomsday prepper called "Michael T. Snyder," on how to identify the demons who are in our midst RIGHT NOW, possessing everybody.

Like this one lady from Thailand, who is a fashion model. She went on the television, and a demon invaded her body, and we can see it all in this NSFW video:

The journalism site The Mirror from the UK explained what had happened:

Thirteen minutes into the interview, Thippawan "Pui" Chaphupuang, announced that a "pop" — a cannibalistic spirit in Thai folkore - had come to possess her.

Pui then slipped into Pop as the host asked the ‘ghost’ questions as to why it continued to possess the young woman.

According to an Internet translation, the host asked Pop: “Why can’t you leave her?"

To which, the spirit replied in a strange voice: “Someone sent me here!”

The entity appearing to possess Pui’s body refused to say who had sent it and demanded pigs’ blood as the woman writhed around and shrieked, strangely.

Well, that's a pickle to find yourself in!

You are probably thinking, "PFFFFFT, whatever happens in Thailand stays in Thailand," because you are pretty sure that is not happening any of the other places in the world. Bradlee Dean's website says differently!

Of course this kind of thing is not just happening in Thailand. All over the world, accounts of demonic spirits manifesting seem to be getting much more common.

Well shit. Snyder's article says there was a demon-possessed lady in Chile too, and a thing where all these people were on a bus in Argentina when a demon entered into a woman and made her talk in a "deep, masculine, demonic voice." UH OH! Those last two links come from the Inquisitr and the Daily Mail, respectively, so we know we're dealing with some Pulitzer-quality journalism.

Oh, and there was a Mexican demon too!

Now, you might be thinking, OK FINE, the demons are definitely rough-housing and dilly-dallying inside the bodies of Thai people, and all the people in the Latin countries down south, but are we not still Americans, protected from this sort of thing by our red, white and blue Jesus? That's what you get for thinkin'!

Because look what happened in Michigan:

A high school rowing coach in Michigan stands accused of hiding a camera and filming female students changing in a locker room.

Well that's no bueno! But that's not actually the same thing as a demon entering somebody's butthole and eating their entrails and making them talk like Gilbert Gottfried or whatever demons talk like.

OR IS IT? Oh well, no matter. The point is that everything is terrible and the demons are here, and you should buy Michael T. Snyder's book, about Getting Prepared Now:

Fabulous, we are buying our copy right now (nope), because we want to know all the End Times survivalist horseshit necessary to get us through the coming apocalypse of a few pissy demons reported in the Daily Mail and some pervy rowing coach in Michigan, so we can live happily ever after, with Bradlee Dean and his weird psycho friends.