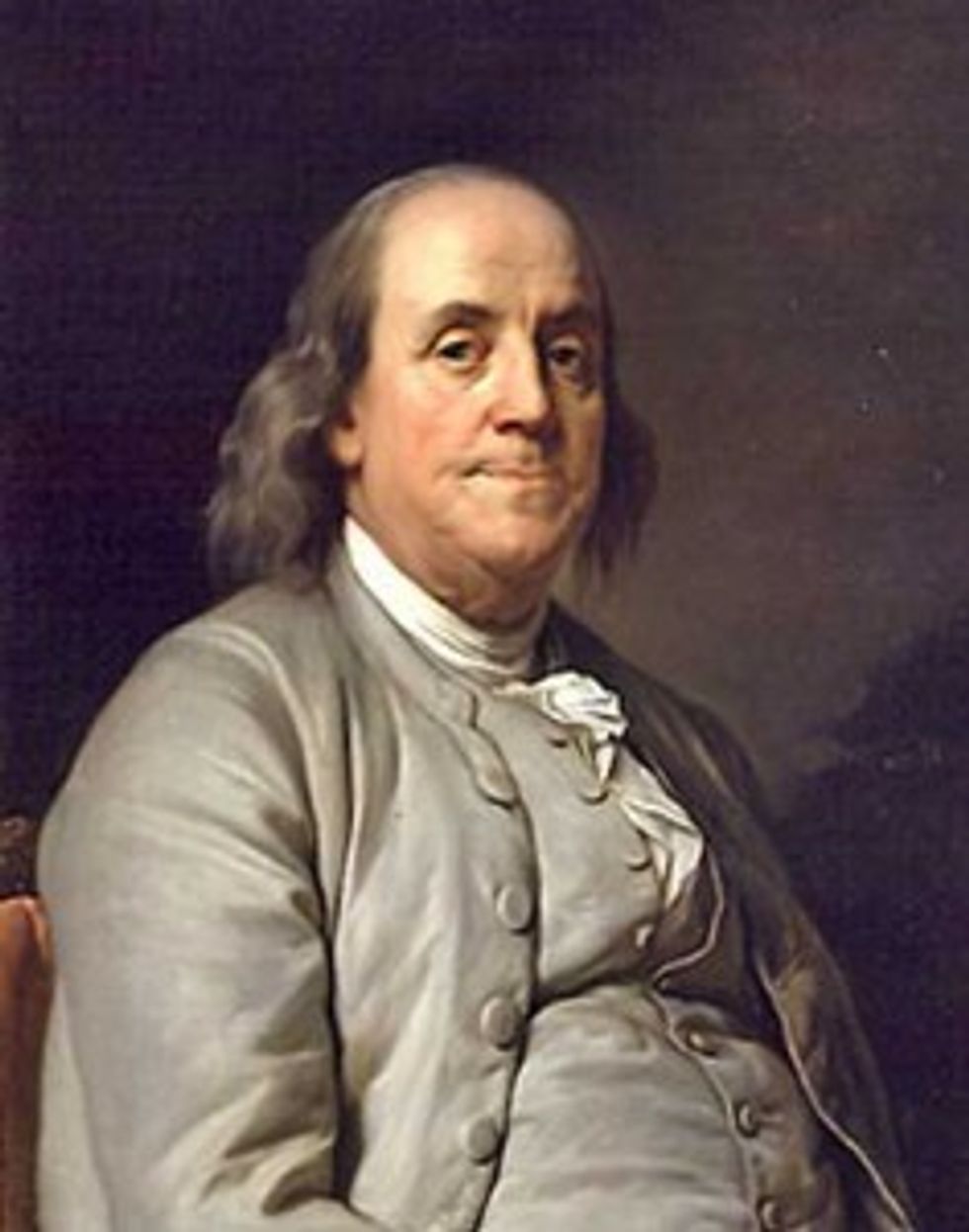 The Supreme Court told Commonwealth Court Judge Robert Simpson that he must put the voter-ID law on hold if he determines that it will keep voters from casting ballots. The law requires state-approved identification to vote.

It is now time for your Wonkette, one of the premier legal blogs on the entire internet, to explain to you, dear hearts, what this is all about, but with dick jokes.

Q: So, what does this law say?

Here's the text, which we found through an obscure academic resource called "Google."

Short version: you need a government-issued photo ID to vote. You may obtain either a drivers' license or a photo ID from Pennsylvania, or provide other kinds of ID, like a valid student ID, military ID, or passport. You can also provide non-qualifying ID (including a firearm permit, really), which the election judge will inspect to determine its validity. If the election judge challenges your ID, or  you cannot provide any, you will be able to cast a provisional ballot if you provide ID (that you didn't have to begin with) within six days. There's other stuff, but that's the short version.

Look at the requirements on those license/ID forms. You need to provide a Social Security card plus a birth certificate, passport, or certificates of citizenship or naturalization. If you don't have one of those things (or if you got married and the name on your birth certificate is different because you're one of those traditionalists or you just really hated your name), you can't get an ID. Pennsylvania offers a free voter ID with lower requirements than a license or regular ID, and does so for free. But there's no guarantee the state can administer that program in time for the November election, or that people know the free ID exists.

Q: A solution, I think - maybe they could advertise on Wonkette about the free IDs?

MAYBE THEY COULD, RIGHT?

Q: What happened legally to get to this point?

There was a trial in a lower Pennsylvania court, and the judge found that the voter ID law was constitutional because he was persuaded that the state would provide the necessary safeguards to protect all voters, even though they could provide no actual reason the law existed. You see, the state decided to argue that it was protecting against the wholly theoretical harm of voter fraud, and that it would refrain from doing anything like, say, proving the harm.

Because the law protected all classes of voters equally (in theory - the judge, oddly, found that the law probably would burden some voters, but not in a discriminatory fashion, but don't ask, his robe was pretty), there was no violation of either the federal or state constitution.

Q: It seems like putting a burden on a constitutional right for no discernible reason would violate the Constitution?

I know, right? Unfortunately, the Supreme Court ruled in Crawford v. Marion County Election Boardthat the standard for burdening the franchise with voter ID regulations was whether the state had a legitimate interest in preventing voter fraud, regardless of whether it could prove the legitimate interest was in any way founded in reality.

Q: I once heard someone use the phrase "swift kick in the balls." This seems like that.

Bring it in for a hug, I like you.

The Pennsylvania Supremes (who are a beefier, friendlier version of the U.S. Supremes) have created a new standard by which the original trial judge must determine the case: instead of determining whether the law violates equal protection in broad swaths (i.e., it burdens someone, but no particular identifiable group), the trial judge must determine whether it will keep anyone from casting a ballot.

Q: How do you think this will turn out?

Q: What happens if the judge upholds the law?

Oh, utter hilarity. So, if he upholds the law, the plaintiffs can still appeal in Pennsylvania. They're asking for a preliminary injunction, designed to keep things as they were before the law's implementation through Election Day. They can continue to pursue that remedy in state court and also file separate challenges in federal court, potentially. If the judge upholds the law, you also have the issue that the litigation has created the very problem the judge said the state could prevent - confusion and disenfranchisement. Because the case has been in court, and the Pennsylvania Supremes punted it back to the lower court, the status of the law is unclear.

Short version: because the state doesn't know for sure if it can legally implement the law until at least October, voters don't know if they need to abide by the law yet. Which means that if the law is ultimately upheld, it will be with about three or so weeks before Election Day. At that point, trying to issue proper IDs to the most affected parties will turn into a clusterfuck of truly epic proportions that will almost certainly prove the plaintiffs correct.

Q: What can I, as a concerned citizen of the world, do to help?

Well, one, put your dick back in your pants and stop wanking to your own self-righteousness, Christ. Second, if you know any Pennsylvania voters, encourage them to either get a valid ID or, if they can't, to contact the ACLU of Pennsylvania.

Q: But my beloved MeeMee is an anarcho-syndicalist who doesn't believe in registering with the government out of a principle of self-determination.

MeeMee can have fun putting out her own fires and jailing her own criminals.