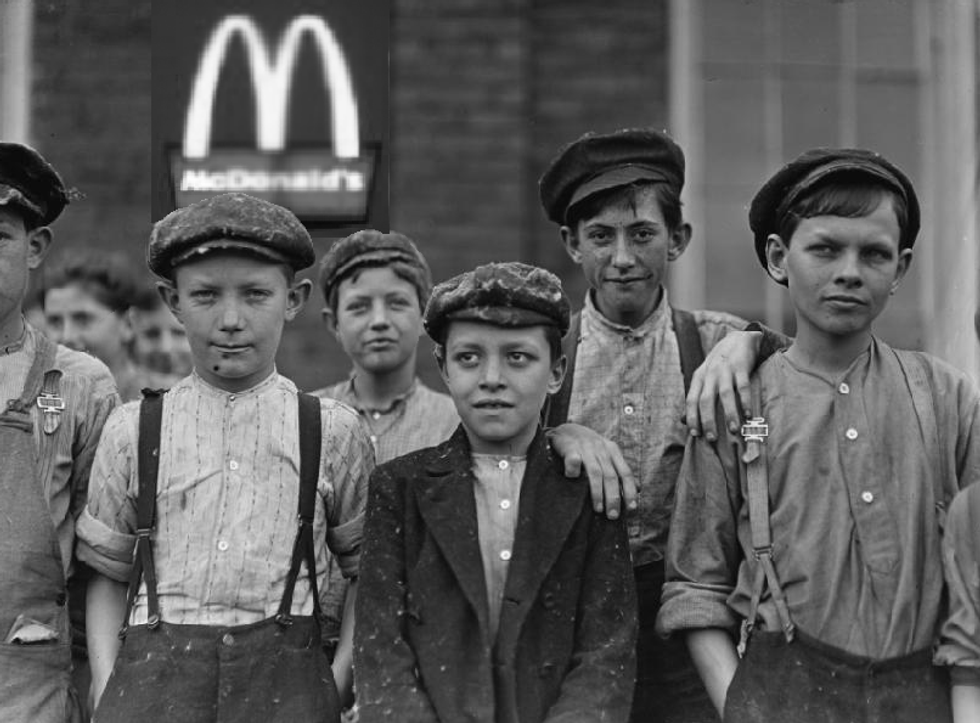 JERBS! I GOTS ONE!

That is the summation of my excitement now that I am FREAKING HIRED TO WORK AT A FREAKING ICE CREAM STORE! AGSDFAFDSG!!!!

Sorry, yr. Kid Zoom is just a mite bit elated THAT HE GOT A JOB AT THE BEST PLACE IN BOISE ok I am done now. He has, through the perfect mix of perseverance, a güd resume, and a healthy amount of luck, gotten a job at his favorite ice cream store. So to commemorate this FREAKING AWESOME event, this week's Kolumn will be about jerbs, and the teenz what drool after them.

First of all, there’s the Jerb hernt. This is where we crawl around and say, "be vewwy quiet, I’m hunting jawbs." Mostly what happens is we throw resumes at people’s faces and see if any stick. Yr. Teen Kolumnist spent the better part of last week doing exactly that, and the week before that, and so on. It’s an age old system, and requires a few key ingredients, along with 11 herbs and spices, to work. These key elements are luck, determination, luck, timing, and luck. Also, a tiny bit more timing.

Actually, I tell a lie. The first step is knowing someone on the inside. More than half of teenz with jerbs have a connection to someone in the store, business, restaurant, etc. If you know someone, then you are set. Unless they know you TOO well.

However, for those of us whose grandparents DON’T own a café, we pretty much have to rely on dumb luck and perseverance. Which, apparently, I have. Yr. Kidzoom knew exactly zero people at his new job when he walked in. He also didn’t know that about two hours previously, the store decided to hire someone new. Nor did he know that his resume conveyed the exact right message, so when he got an jerb interview THE DAY HE HANDED IN HIS RESUME, he was understandably excited. He was even more excited when, during said interview, he noticed the owner of the store switch from saying “you’d _______” to “you’ll ________” while describing job duties. His excitement reached critical mass when he was officially told “You’re hired!”

Which brings us to the final segment of the tale of teenz n jerbs: jerb jealousy. For those who have A) failed to get a jerb, or, in the best American traditions, B) hate the jerb they have, jerb jealousy is a constant threat. I think the words typed by my humble, sugarcoated fingers cannot do true justice, so I will give you EXAMPLES.

I have discovered, in the week since these conversations, that the best cure for jerb-induced arrogance is the sensation of sweat and ice cream trickling down my arms as I try to take three more orders at 10 PM.

Kid Zoom is a high school student in the wilds of Idaho. He is Doktor Zoom's progeny. We used to pay him in ice cream, but now he just glares at us and mutters.