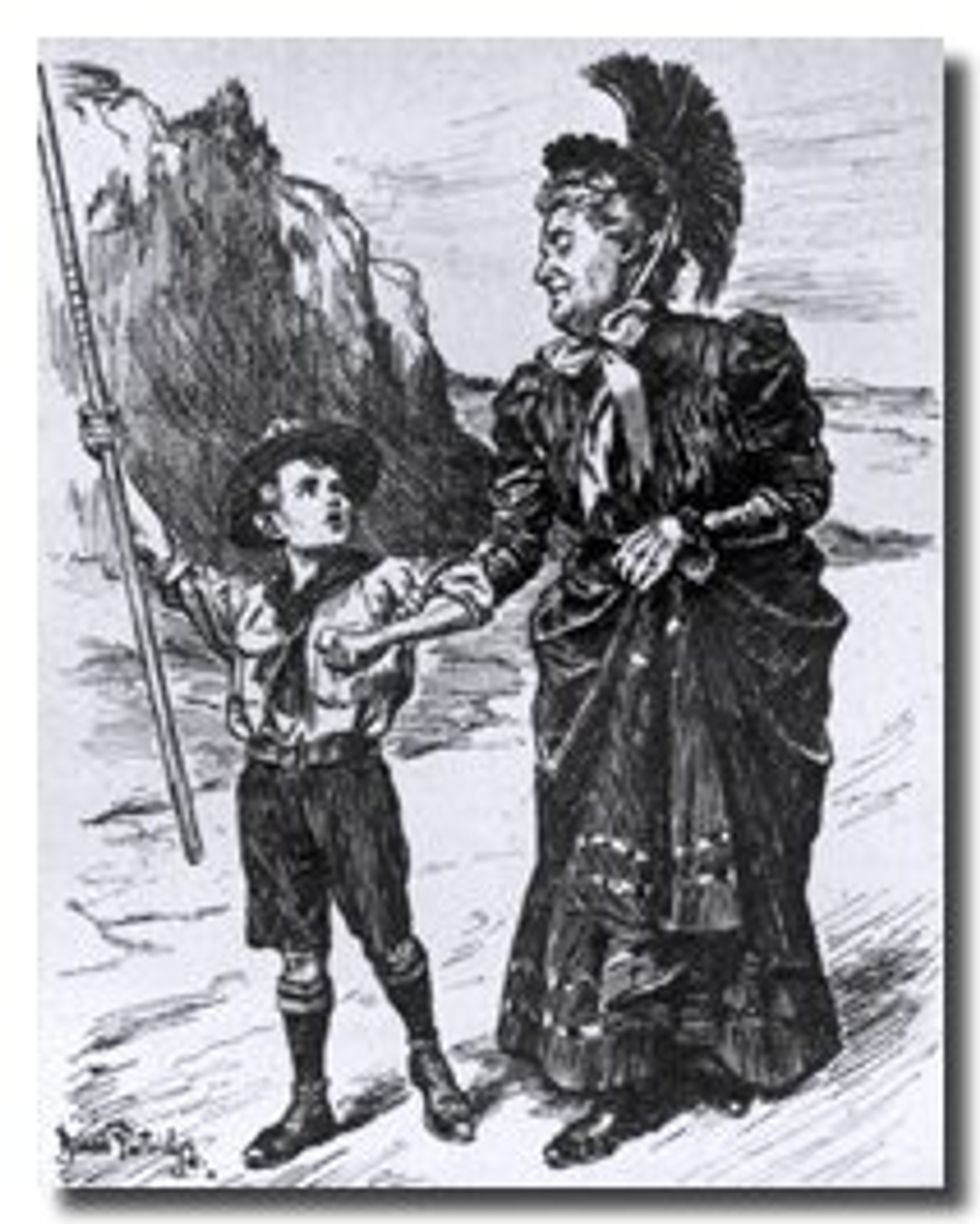 Well, my dearest Wonketeers, in his two weeks' absence, Yr. Teen Kolumnist has become a Saint. He will not require you to call him Saint Kid Zoom, but it is not discouraged. What esteemed act has Kid Zoom done to become a Saint, you may ask? No, not burn his toast in a way that could kinda sorta maybe be interpreted as the Virgin Mary, although that is a very good guess, and I am proud of you. No, Kid Zoom's Sainthood was bestowed upon him by becoming a Volunteer! Which means he is a Saint. Shut up, my logic is flawless.

As with most teenz, Kid Zoom is a lazy little shit who doesn't give a shit about anything but his shitty food and shitty video games and shitty music what is all stolen from Satan anyway, oh and his shitty little self. However, there’s this whole “college” thing that everyone seems to be so friggin' worked up about, so many kids put on their Mask O' Benevolence and pretend to care about people other than themselves. Kid Zoom has Joined Their Ranks!

Now, for some Teenz, volunteering means heading some “Christian Youth 4 Jaysus” kinda thing for their church, and counting it as volunteering because they didn’t bitch about it as much as usual. Being a filthy Jew, Yr. Teen Kolumnist doesn’t know from Youth Group, and being a secular Jew (basically an agnostic what celebrates Hannukah), volunteering at a synagogue is also pretty much out as well. So he has been forced to forge his own way. [Note: "forge his own way" = his mother knows the people who run the group he volunteers for. -- Dok Z.]

As far as the actual act of volunteering, there are many options available. There is always some charity or another that wants help, and they are not hard to find. One of the more popular options is to help out at a Home for The Oldz who would probably not even understand that phrase, cuz Oldz. Pushing some dude’s wheelchair around is volunteering, and it is in fact a good cause. Food banks and animal shelters also rank among Most Popular Places to Act Philanthropic. Libraries are good for your more bookish types, and community gardens are a thing here, I guess. Of course, opportunities related to Stuff You Do Anyway take the top slot. SYDA volunteers generally work at the aforementioned churches, as well as schools. Another hub for SYDA volunteers are children’s organizations, i.e Boys and Girls Club of America or Boy/Girl Scouts, about which I know nothing. They'll never get ME in a uniform.

Of course, another option is to get involved in some political movement or another. Yr Teen Kolumnist once made posters for a John Kerry rally, for he was young, and thought that NOBODY could possibly re-elect Dubya. I was pretty sure that if my drawing of a John Kerry stick man in a blue suit had been more accurate, he'd have had a chance, but later I learned that where I live is called "Idaho." I actually have friends who have done phone banking and walked door to door for campaigns, but unless it involves Facebook or civil rights, most teenz won’t touch politics with a congressionally approved 435-foot-long pole, much like women and Carlos Danger.

Anyway, no matter what people’s motives are, volunteering is a Good Thing. However, it is the motives, not the volunteering, that reflects on people. More on this in the next exciting installment of Teen Korner for Teenz!

Kid Zoom is a high school student in the wilds of Idaho. He is the spawn of Doktor Zoom. He says he cannot disclose the nature of his volunteer activities because "it might endanger our agents in the field."