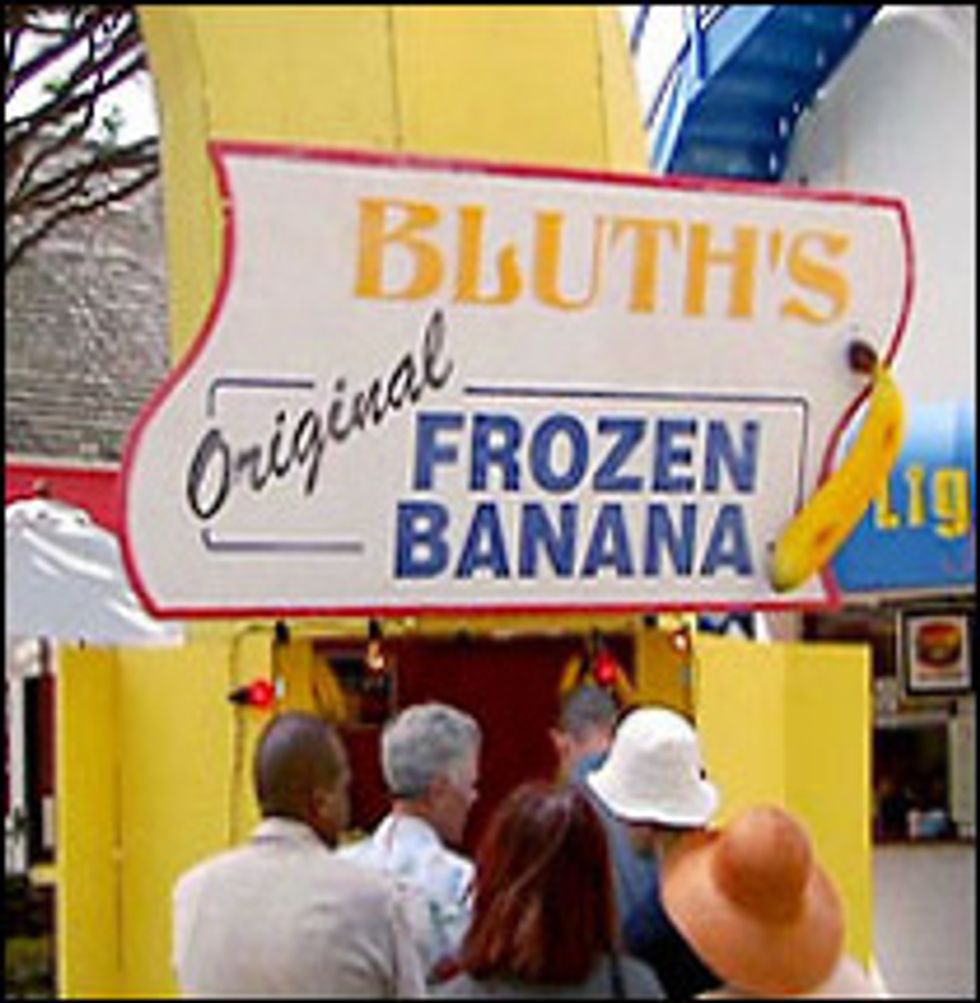 Good news, wonkeroos: Your U.S. American government no longer owns anystock in General Motors! So no more lame 'government motors' jokes by people who would have rather seen an entire industry and a million jobs move offshore!

The headline in all the papers is all about how the government lost about $11 billion in the five-year-long program that brought GM back from bankruptcy, so that is not very good. But considering that the program was never intended to make money, not losing the entire $50 billion is not very bad. Let's wonksplore.

Back in 2008, the economy was crumbling all around and people were panicking, except for John McCain who doggedly reminded us that the fundamentals of the economy were strong, except that they weren't because Great Recession. While our National Artist-in-Residence, George Bush, was finishing out his term, Congress eventually passed a $700 BILLION bailout program (TARP) meant to stabilize the economy. Yes yes, we know -- bailing out the big evil banks was horrible, except that it was necessary and yes it could have been done better but we aren't focusing on that right now so please don't yell at us in the nonexistent comment section. Fuck it, yell away for all we care.

After TARP was created, the gubmint noticed that the auto industry was crumbling and would go completely under without Uncle Sam stepping in to help out. Normally, other investors would step in and work it out, but because everyone was freaking out about credit and giant banks were going bankrupt, there were no other people to step in and do something. And considering that A MILLION JERBS were at stake (auto workers, plus parts suppliers, plus dealers -- you know, all those folks), and the fact that the economy was already a giant black hole of awful fucked-up-ed-ness, the government decided to do something. In return for plowing $50 billion into GM, the U.S. taxpayers got a buttload of stock, or 912 million shares, which is the legal definition of 'buttload.'

This was unusual, because our government is not in the bidness of buying stocks and trying to play the stock market. But 2008/2009 were unusual times, and extraordinary measures were taken. But the point was not to pull off Warren Buffet-type profits. THE WHOLE GODDAM POINT WAS TO SAVE AN INDUSTRY and save jobs, jobs which allow workers to pay taxes, keep their homes, and contribute to the economy; and not be part of the 47% of 'takers' of unemployment benefits and all that:

The Center for Automotive Research, an Ann Arbor, Mich., think tank, issued an updated report on Monday saying that if the government hadn't intervened and GM went out of business, nearly 1.9 million jobs would have been lost in 2009 and 2010. Federal and state governments also would have lost $39.4 billion in tax revenue and payments made for unemployment benefits and food stamps, the study said.

YOU'RE WELCOME MICHIGAN AND OHIO.

Since leaving bankruptcy, GM has been profitable for 15 straight quarters, racking up almost $20 billion in net income on strong new products and rising sales in North America and China. It also has invested $8.8 billion in U.S. facilities and has added about 3,000 workers, bringing U.S. employment to 80,000.

And the overall economy, like Tiny Tim in that Dickens classic, did not die and things are better now than they were before.

And for the past few years, Treasury has been unloading stocks with two goals: get out of the stock as quickly as possible while maximizing whatever profit is possible for the American taxpayer. If the whole point was to make money, then the government would continue to hold onto stocks. However, most people agree that Treasury should not be in the bidness of stock trading, so there has to be a tradeoff somewhere, because that is how things work in the real world and not an imaginary fiction where everyone wins all the time and rainbows shoot out the asses of ponies (that last part only happens in Dok Zoom's dreams).

So in an effort to get out of owning a part of GM, taxpayers lost a few billion. That gives us a sad because it would have been nice to make a profit AND save a ton of jobs, but that's why this is only a sorta nice time. On the up side, TARP as a whole has made a nifty profit for taxpayers, despite being vastly unpopular with everyone except economists. After expecting to lose billions to stop a second great depression:

Treasury said it spent $421.8 billion on bailouts and so far has recovered $432.7 billion, including the loss on GM.

So we lost out on GM, but made money elsewhere.

So where's your chunk of the profit, Joe Sixpack? Well, Congress mandated that any money back from TARP must be used to pay down the deficit, so blame Congress for not getting a refund that you would probably spend on a Toyota Camry because you are a librul who hates America.