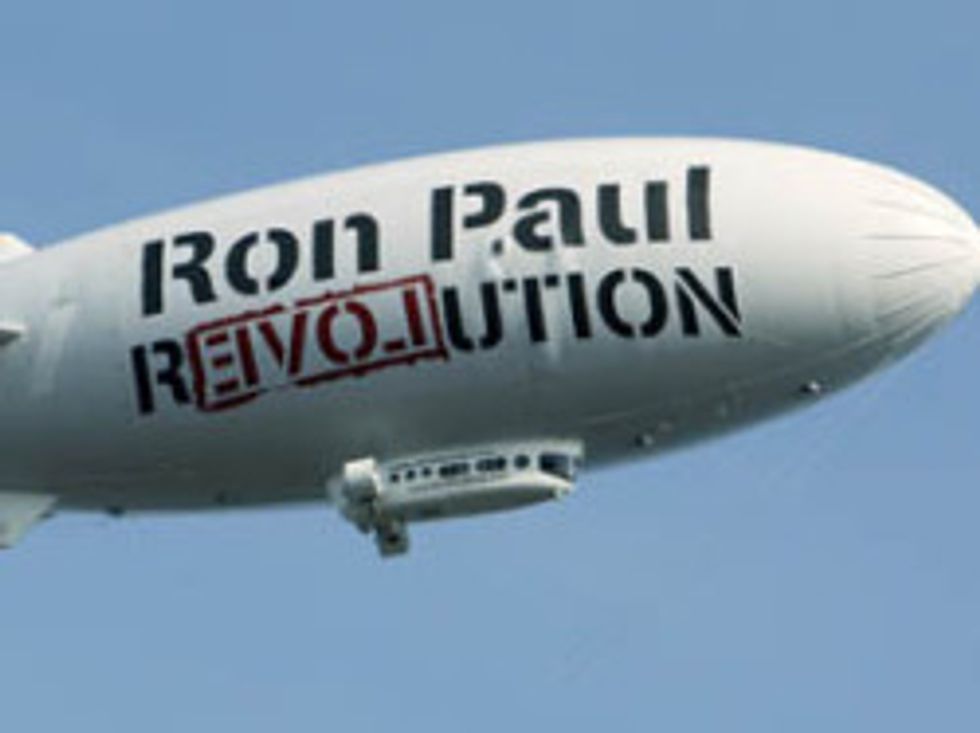 Libertarian yard leprechaun Ron Paul retired from Congress in January after three attempts at the presidency and exactlyone bill passed of the 464 he sponsored in the House. Many who noticed his vacancy wondered, how could this void possibly be filled? Not to worry anti-statist-states-righters! Ron Paul has gotten himself an internet channel and for 10 bucks a month he will rub his convictions all up in your intellectual revolution. The Ron Paul Channel launched yesterday and it is clear that the man has some interesting plans for your computer time.

We believe there’s a fertile market out there for what we want to do. We’re not going to be sensational. We know people are turned off because they’re not getting real information from the major media, they’re getting repeat information. It’s not serious.

Aw yeah, Ron Paul is gonna seriously get that market so pregnant after he turns it on with all that new (maybe) if not sensational information. That sounds sorta typically crazy just like half of everything that man has ever said! And can you have a whole internet show about how great gold is? Where is Glenn Beck now? Oh right, the internet. So maybe Ron can.

The draw for some of us may be the patented ability of Ron Paul to say things that we confusingly nod our heads about until he says the Paultard thing that even Free Republic makes fun of. That kind of crazy train can be a fun ride! Remember the debates? He was funny! And said smart stuff about minding our own American business and not having to bomb everybody all the time and about how Medicaid is not necessarily the most evilest thing that is breaking our economy, and oh heroin, don't forget the heroin, much less his "so what who cayuhs" attitude about pot. But then he pulls out the "I would like to restore your right to drink raw milk anytime you like" and we get all verklempt and heennggh??? and what the fuck man about everything else he says, because, raw milk?

And another thing: will Mr. Paul's internet show be as good and racisty as his newsletters? Stormfront, White Nationalism and Fox News cannot possibly be enough for the really good racists out there and where else on the internet can you find important news like "We are constantly told that it is evil to be afraid of black men, it is hardly irrational." Take THAT Ebony Magazine!

Perhaps this will be the spark that once and for all, finally, really and truly ignites the Re-love-ution, the Libertarian rapture that the Paultards have been screaming, er, typing in all-caps about for so long now. Ron is sure of it: "I can’t be a typical TV host—I get by because of my enthusiasm. You have to be a true believer yourself, and that makes you enthusiastic."

Yes. Perhaps this will finally be the venue that leads everyone to see what his disciples have long known, the Glorious Only Ron Paul Light! But then again, it seems kinda questionable when we notice that so many of the worshipfully supportive comments from the true Ron Paul believers, the comments to the actual announcement of the show's debut on August 12, were all "HEY! when does it start???" Godspeed Ron Paul!