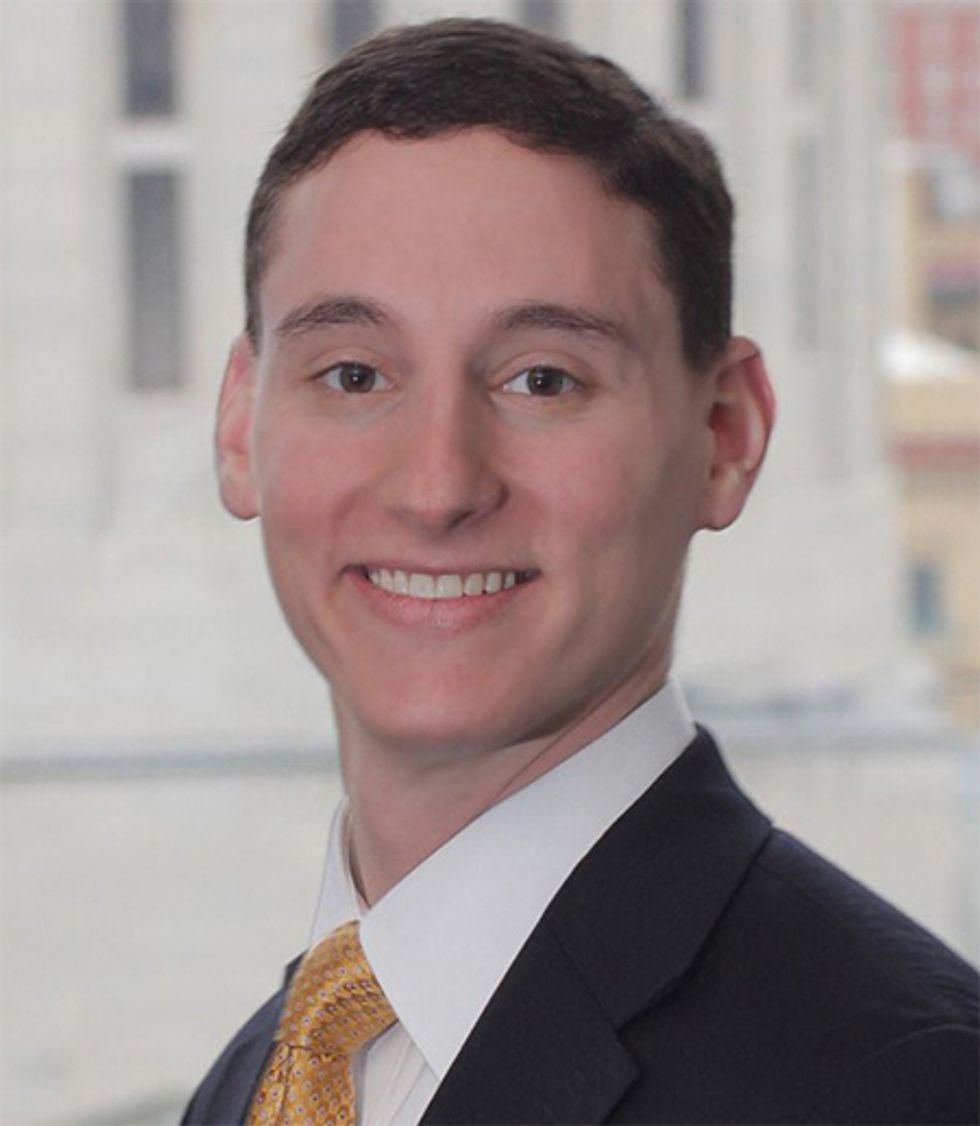 Annoying talking-point pipsqueak is back!

Ohio's Republican treasurer and alternate captain of the debate club Josh Mandel is back, baby, after losing to Sherrod Brown in 2012 and briefly winning Yr Wonkette's love for his amazingly terrific appeal to women, which was that never mind that he was terrible on every single issue important to women, they should vote for him because he has a wife and a mom. And even a sister! (See this incredible video of him Debating Brown in 2012, which is not embeddable, FUCK YOU, SPAN!).

So what has Josh Mandel got for us five years later, now that he is running once again against Sherrod Brown, in an election that The Hill predicts will be a "brutal referendum on Trumpism"? For one thing, he thinks he can do well by being as overtly Trumpist as possible, announcing this week that he is shocked, shocked that the Anti-Defamation League (ADL) has placed popular wingnut media figures Mike Cernovich and Jack Posobiec on a MURDER HIT LIST. Not that the ADL has actually done any such thing, of course, but there's a lot of news to be made in a Jewish candidate having his own Sister Souljah moment against the ADL, as if the ADL were a forgotten rapper and nearly forgotten political footnote.

You know things are weird when Pepe The Frog fans accuse the Gateway Pundit of being a mainsteam sellout.

Here's the background, which is plenty crazy all on its own: The ADL recently published a guide identifying some major figures in the "alt-right" and what it called the "alt-lite," which would be the nationalist rightwing crazies who hate immigrants and Muslims and Black Lives Matter every bit as much as the "alt-right" does, but eschews the "alt-right's" overt white supremacist language, preferring the far more respectable and time-honored strategy of dog whistles and appeals to American Values (plus weirdass conspiracy theories). The ADL sez both are hateful, but that the "alt-right" is more overt and comfortable in its bigotry. Even so, the "alt-lite" embraces misogyny and xenophobia, and abhors 'political correctness' and the left. We aren't sure it's a useful distinction, but it might be, considering the rightwing weenies are divided enough that they hold competing rallies to yell at each other (and the hateful left, of course).

The post, a sort of Who's Who of the modern far right, places Cernovich among the "alt-lite," noting that he rejects the term "alt-right" for himself "because of its associations with white supremacists." The piece also notes his promotion of the "Pizzagate" conspiracy theory.

Cernovich, ever on the lookout for a chance at publicity, wrote a fiery blog post objecting to the ADL placing him on a HIT LIST of people who the ADL wants its most unhinged followers to MURDER. He denies being a leader of a hate group (did the ADL piece say he was? It did not) and whines, in boldfaced heading type,

The ADL’s intent cannot be more clear. They want their useful idiots to murder those the ADL disagrees with politically.

He also complains, again, that he definitely doesn't lead a hate group, or indeed any group; rather, he says, "[I] am best understood as an author, filmmaker, and media mogul." MEDIA MOGUL, people. Or perhaps as an internet troll who somehow got a press pass to the White House. It's really a pretty impressive argument: I'm on a list, so obviously it's a hit list. And why won't CNN condemn the indisputable fact that the ADL is calling for him to be murdered, huh? Come and see the violence inherent in the system!

After a bit more fulminating, including the assertion that the New York Times "endorses terrorism against my family" because an NYT editor, on his personal Tweeter account, called Cernovich a "special snowflake" in response to the tweet pictured above, Cernovich closed with the obvious conclusion: "The mainstream media in America is ISIS."

We suspect he was mostly angry that he only made the next-to-last spot on the list.

Jack Posobiec, the "alt-right" crazy who went to Central Park to interrupt that Murder-Trump play by known antifa thug Shakespeare, offered this simple, eloquent refutation of making the ADL's list of the "alt-lite":

The @ADL_National would be wise to remember what happened the last time people made lists of undesirables pic.twitter.com/yZJ7VfPmb0

Yes, that is Jack Posobiec reminding the ADL that "what happened the last time people made lists of undesirables" was ... AUSCHWITZ! Sure, it's over the top, but a more economical gesture than a whole long blog post. Cernovich's rant is full of strawmen, but Posobiec tops that: He's got a whole straw death camp. (Also, why are all the wingnut crazies going to Auschwitz lately?)

The many sufferings of Mike Cernovich and Jack Posobiec touched the heart of pipsqueak Serious Candidate Josh Mandel, who tweeted his support of all those whom the ADL has targeted in its political witch hunt:

Mandel's campaign explained his dumbthink with a statement explaining -- just like Posobiec -- that once you identify anyone as having an objectionable set of political beliefs, well, then, you may as well start building gas chambers:

"As the grandson of Holocaust survivors and as a Marine who defended our freedom, Treasurer Mandel believes the ADL is dead wrong for creating hit lists on American citizens. Of all organizations, the ADL should know that making target lists of people based on their political beliefs is a dangerous practice and slippery slope."

Now that he's come out as a big supporter of Mike Cernovich's inalienable right to be never be criticized, we can hardly wait until the inevitable presser when Mandel is asked if he also thinks Cernovich should never be criticized for some of his more charming statements like “misogyny gets you laid” and “the hotter the sex, the more closely it resembles rape.” Or some of Cernovich's other brilliant observations:

Can't see why anyone would consider that hateful. Better not call it hateful, because if you do, you're pretty much telling people to commit murder, aren't you?

And we'd also be very remiss to call Josh Mandel a complete idiot who's lying about what the ADL said. That's tantamount to telling people not to vote for him, and that's not fair, is it?

(Note: Please do not murder Mike Cernovich. We'd far prefer that he live a long time, be forgotten, and die alone and friendless of natural causes, damned with the awareness that he is a horrible human being.)

Yr Wonkette is supported by reader donations. Please click the "Donate" clicky to help us incite nonviolence against morons.