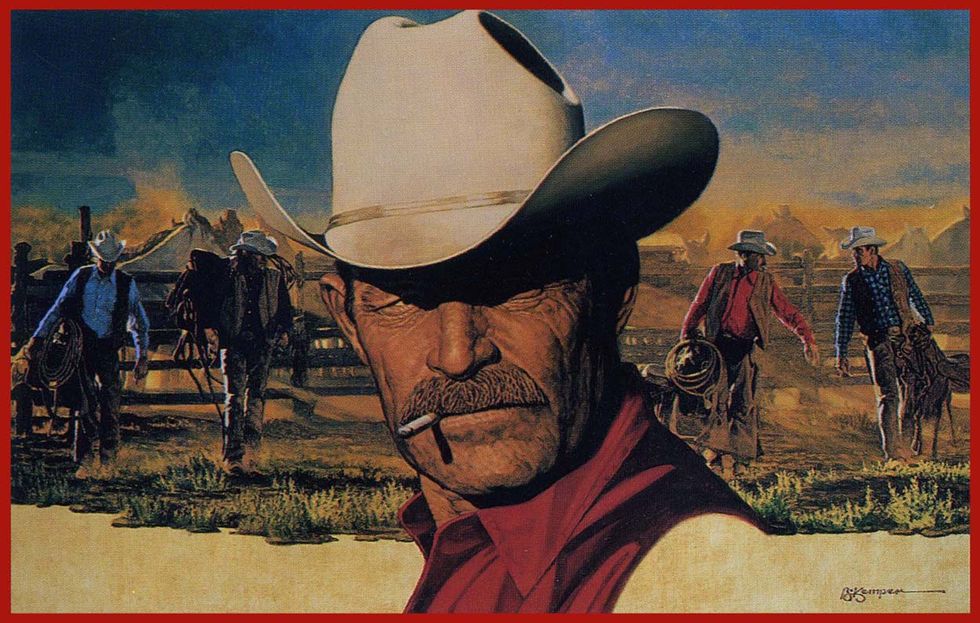 You have got to be pretty freakin' awful when even Wyoming Republicans are like, "Dude, over the line!" But that's exactly what happened to state Rep. Harlan Edmonds of Cheyenne, when he refused to follow the basic "don't be a dick" rules of the House Labor, Health and Social Services meeting on Friday. The panel was discussing Senate File 115, a bill to amend existing anti-discrimination laws by including "sexual orientation or gender identity" to the list of reasons you cannot be a dick to people.

Despite instructions from Committee Chairwoman Rep. Elaine Harvey, also a Republican, that the meeting would "remain civil," smartass Rep. Edmonds thought it would be HI-larious to propose an amendment that the new anti-discrimination law would take effect "when hell freezes over." Ha ha ha, get it? So funny! So civil! So behavior appropriate for an elected member of Wyoming's legislature!

So Rep. Harvey kicked his smart ass out of the meeting.

She told Edmonds to leave after his comment, which followed a more than two-hour discussion in which he also asked the bill’s supporters why pedophilia wasn’t in the bill.

Apparently, this was the first time in the state's history that a member of the legislature had actually been booted from a meeting for being a dick, so congratulations to Rep. Edmonds for setting that record. Your family must be so proud.

Naturally, the usual suspects -- all the Bible-humping clergy -- are opposed to the bill because not being dicks to gay people is a slippery slope to something or other about misbehaving in bathrooms. To address that ridiculous concern, the state's former attorney general, Pat Crank, suggested an amendment, which was adopted by the committee, that specifically stated the newly amended law could not be "used as a defense if someone's caught misbehaving in a bathroom," so shut up already.

"They’re in our public restrooms today,” Crank said about transgender people. “The fear is just that. It’s crazy."

In Wyoming, where marriage equality is legal and the state motto is -- not kidding, we looked it up -- "equal rights," even Republicans recognize that maybe it would be a good idea to update the state's anti-discrimination laws. Especially when people are threatening to leave the state for fear they are not sufficiently protected from discrimination under existing law:

Garrett Zans of Rock Springs testified that he's currently studying for his master's degree in electrical engineering at University of Wyoming. He said he's been an honors student, student athlete and supports the anti-discrimination bill.

"I love Wyoming and have considered living here after graduation," Zans said. "For many people, this decision would be made based on factors such as employment opportunities and proximity to family and friends. For myself, and the rest of the LGBT community, this decision has been made more complicated. Presently, my ability to live and work in Wyoming is hindered because I could be summarily fired for simply being who I am."

Despite the hijinks from Rep. Edmonds -- including his attempt to cast a vote as he was leaving, to which Rep. Harvey told him, nuh uh, his vote doesn't count -- and the whining from religious groups, the committee passed the bill by a vote of 6-2, with the support of several Republicans, and yes, we are very proud of you Wyoming. The bill now heads to the full legislature for a vote, where we would like to think that the bill will pass with flying colors, if only so the rest of Wyoming's Republican Party can make it perfectly clear they are not ALL dicks like Rep. Edmonds.