Yes, Insurance Companies Have To Cover Your Vag 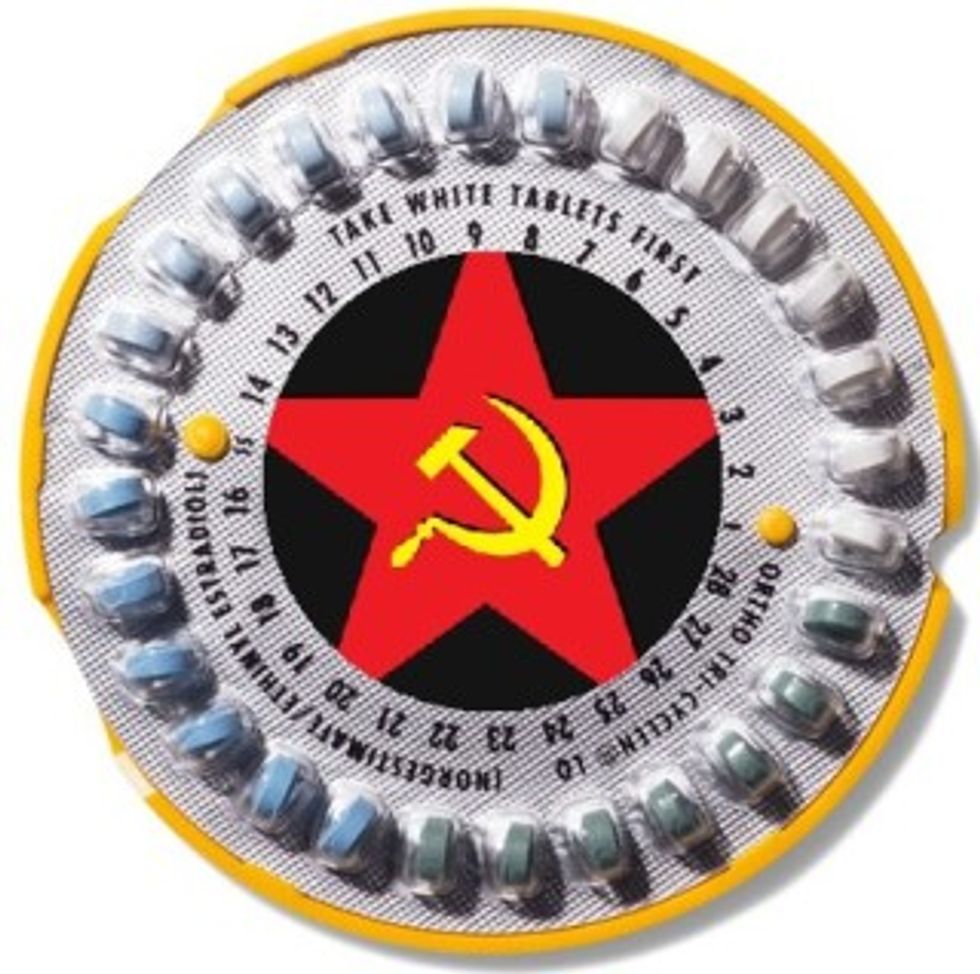 It should not be necessary for the Obama administration to tell health insurance companies, "Seriously, you have to, it's THE LAW!" about the requirements of the Affordable Care Act, but alas. It seems the insurance industry figured the Department of Health and Human Services's specific guidelines for coverage of women's preventive health care were, like, suggestions. Not the actual law that insurance companies are required to follow, because it is THE LAW:

The Obama administration on Monday put health insurance companies on notice that they must cover all forms of female contraception, including the patch and intrauterine devices, without imposing co-payments or other charges.

Maybe the insurance companies were real confused -- you know how Obamacare is real confusing, and its website sucks, and all the jobs are dead now, and also freedom -- but the guidelines issued in 2013 seem pretty straightforward:

Women with reproductive capacity have access to all Food and Drug Administration-approved contraceptive methods, sterilization procedures, and patient education and counseling, as prescribed by a health care provider. Abortifacient drugs are not included. Contraception has additional health benefits like reduced risk of cancer and improving the health of mothers-to-be.

Yup, there it is. No picking and choosing from the list of 18 FDA-approved because the answer is ALL OF THEM. That seems easy enough to understand. You sort of have to wonder why insurance companies would think they could refuse to cover certain types of contraception even though the law says otherwise.

Maybe -- and we're just spitballing here, we could be totally wrong about this -- it has something to do with a false debate in the last few years, throat-crammed upon the nation by some dudes who SINCERELY BELIEVE that certain types of birth control are icky and wrong and KILL BABIES. And while that is scientifically NOT AT ALL TRUE, and also should be constitutionally irrelevant, the majority of Supreme Court justices who've never used prescription contraception to prevent pregnancy or to treat problematic problems in their ladyparts, decided in their judicial activist wisdom that SURE, WHY NOT?

Contraception is whatever you say you believe it is (you don't even have to prove you really believe it), science and the law be damned, so it makes perfect First Amendment sense that if you don't like certain types of birth control, you should not have pay for them.

That makes it pretty convenient if you are a health insurance company that doesn't want to pay for stuff the law says you have to pay for.

But of course, this national debate about what constitutes acceptable birth control probably has nothing to do with insurance companies trying to screw women, even though the Affordable Care Act also says insurance companies are no longer permitted to screw women for being women, like with extra "cuz you're a woman" premiums. Insurance companies are notoriously dickish in general, that's just how they roll. And while the Supreme Court ruled, in Hobby Lobby, that beliefs about contraception trump the law for closely held corporations only, the Court has been expanding its decision since the very week it was issued.

So fingers crossed, insurance industry. Even though the law says you have to cover all contraception, and the Obama administration has now spelled that out for you again -- along with some additional clarifications of other ladycare companies must cover -- one day, perhaps your "sincerely held religious beliefs" will allow you to decline coverage of birth control you don't like. Or procedures you don't like. Or, heck, any health care at all you don't like. And that would really improve your bottom line, wouldn't it?